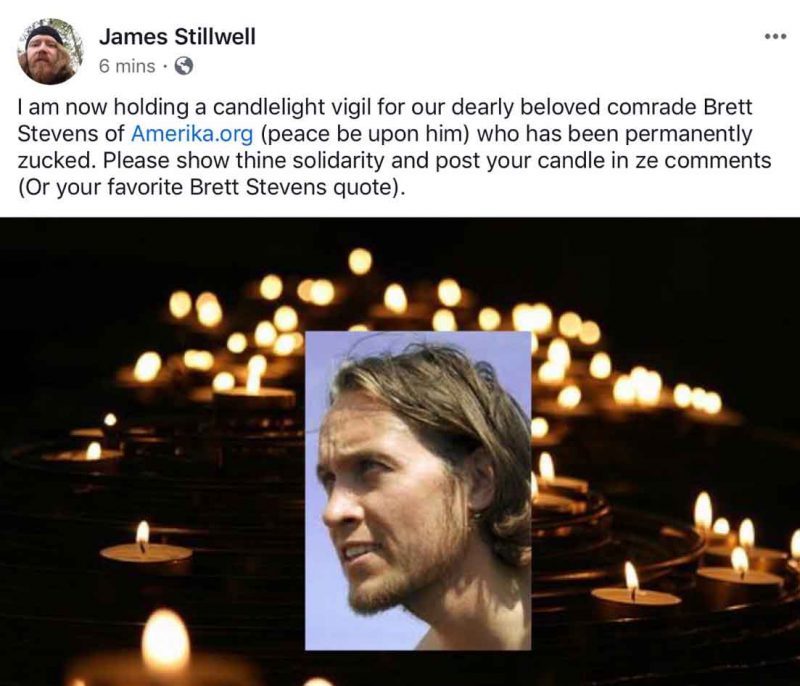 As you know, all of the major services have banned me at least once; they either slapped me right into the lunatic bin, or intuited that there was something dangerous about coldly logical non-Leftist thought.

We know that the audience for media tends toward the Left mainly because conservative values do not really include sitting around and watching a lot of media, fixating on rock stars, and following our favorite celebrities in magazines. We do not like navel-gazing novels; we tend to prefer classic literature, folk stories, and parables, noting that there is a great deal of overlap between those.

That leads us to a chicken-and-egg problem: was entertainment Leftist first, or was its audience Leftist?

Let us use parallelist theory: almost no things on Earth have single causes, once you include the necessary preconditions. There are patterns which must be in place for a causal relationship to take effect.

What are the inputs to entertainment, or in other words, things without which entertainment cannot occur? Entertainers, funding, audience, and disposable income.

We might even say that there is an emptiness connecting them, in that one group needs to feel the esteem of others for impersonating emotions, and the other group needs to see emotions impersonated in order to feel alive.

Now we can look at the parallel between funding and disposable income. Without money to spend on entertainment by the potential audience, entertainment does not exist except at the community level, where people pull off stunts, pranks, and drama to gain social popularity points.

This means that there is a parallel between the exchange of emotional symbolism for emotional emptiness that involves a large group of people having disposable income.

What enables that? We must think of the circular Ponzi scheme, where government taxes the capable to dump money on the incapable so that they buy products from the capable. Without this, no consumerism exists; with it, people spend money on trivialities.

This shows us a complex situation: entertainment explodes when it has a large number of incapable people with money who are emotionally empty and want to see people act out emotional symbolism so that the audience feels as if it is living a meaningful life.

At this point, we see that entertainment is a symptom of decay. In healthy societies, people go to see plays or movies about important things, written by the highly competent; this happens rarely. In dying societies, people consume media obsessively and aimlessly in order to feel alive.

From this, we can see the pattern of social media. A vast horde of people, bored at their make-work jobs, need some way to feel fulfilled; between media and social media — which is basically user-contributed media — they find something to distract them from the emptiness opening below.

This explains why media tends toward being Leftist as well. Egalitarian philosophies deal in emotional symbolism, not predictions of reality. They are utilitarian, which means that whatever most people say that they think makes them happiest is considered the best option.

That means that, just like in democracy, the goal is to get people to sign off. Whether by a vote, buying a product, or cheering when something is said at the pub or hip-hop spin class, you need them to endorse what you do.

In this way, entertainment and egalitarianism are parallels. Both consist of trading emotional symbols for power. That is why entertainment attracts Leftists as both audience and proprietors. For them to cultivate that audience, they must remove what it sees as “threats,” including any competing vision of reality like conservatism.

Social media likes to claim that their censorship is for behavior, but really the topic is what they want to remove, and the behavior claim is a pretext. If you post conservative material, someone will be offended, so they seize on the offense and ban for the content.

Obviously, for those of us who want to escape this mentality, the first necessary step consists of getting out of the mental state of accepting symbolism rather than realistic predictions about the world.

For now, we can simply escape mass media, social media, and equality-based philosophies, since they share a toxic, addictive mental state.