A Best-Case Fantasy For The Reign Of God-Emperor Trump, Part I

by Jonathan Peter Wilkinson on January 29, 2018 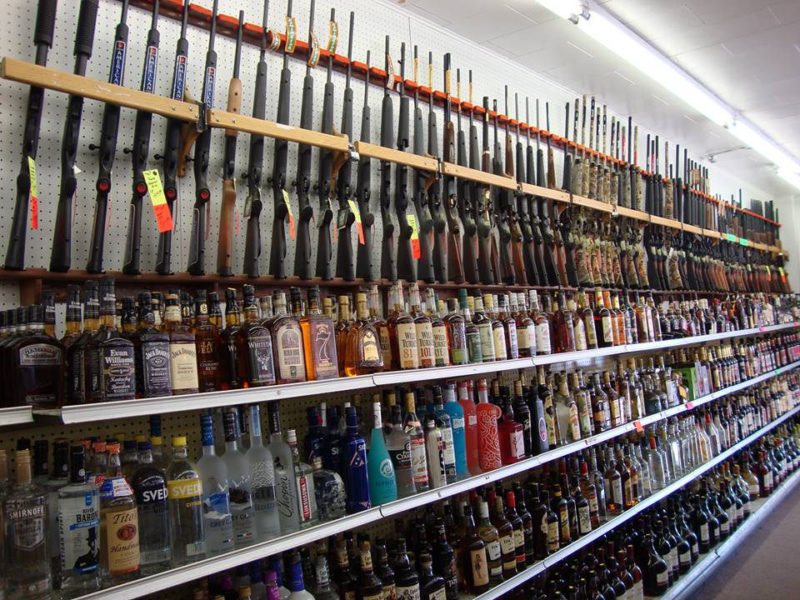 I work with lots of data for a living. Data tends to pee all over your happy, optimistic fantasies. We are natural optimists, otherwise intelligent people would never breed.

But sometimes a factual data point occurs that actually counteracts my training and requires us to acknowledge that Doomsday INC. is closed for repairs and will reopen sometime closer to the next election. Someone recently took a ruler to a chart of the DJIA and mmade the following astonishing discovery.

President Trump gave a speech today at Davos to world government, academic and business leaders at the World Economic Forum. He stated in his speech that the US stock markets are up due to his policies and programs where the markets would be down by the opposite amount had Hillary won! President Trump is right. He stated that US markets are up by nearly 50% since his election. (The Dow is up 44% since the 2016 election as of yesterday.) He also stated that the markets have hit 84 all time highs since the election. He actually understated the correct amount. As of yesterday, with the Dow reaching another all time high, the Dow reached its 98th all time high since the election.

Given the fake news horror stories that scroll daily across the bottom of any TV tuned to CNN or MSNBC, I thought I’d run the opposite game on people and compose a best-case fantasy. If you had math-nerd wrestling then abandon all hope all ye who enter here!

It’s been about five quarters (15 months) since The Donald slew The Hildabeast in electoral combat. Taking the numbers described above and plotting them as a ceteris paribus assumption over the sixteen glorious quarters (48 months) of The Drumpfenreich, Term the First, and we get the chart that makes Charles Schumer want to shut down the government. 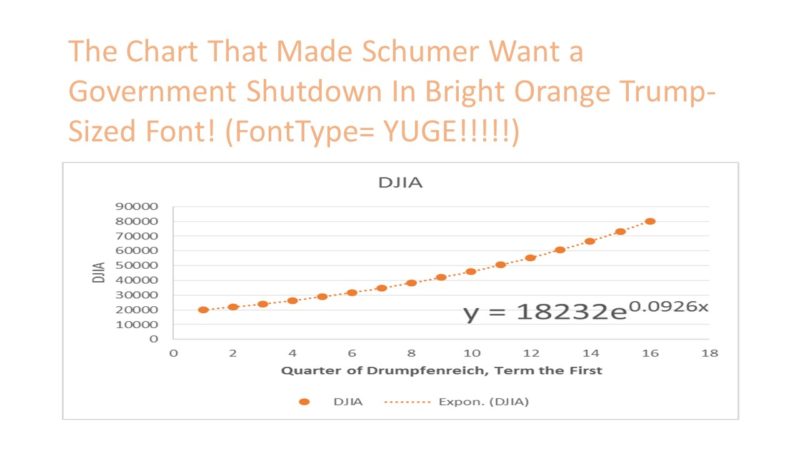 But in all seriousness, this is a best-case fantasy. Things will be good and the good times will roll like the drunken tide on Saturday in Tuscaloosa for a while. Here are several reasons.

There is, however; also a bear case to be made. If I were to evaluate the downside risk in the present economy, here is what I come up with. Mostly that Donald Trump has thew wrong enemies and that these people care more about hurting him than they do about helping you. Here’s what would go on a first-pass market risk cube for investing in US Stocks.

So how do you provide safety for huge, million-worker-sized pensions plans? You screw the rental rate of capital higher. This is done in the US by having the Federal Reserve Bank raise the Federal Funds Rate. This makes bonds carry higher rates and savings accounts and mortgages carry higher rates also. This also makes people borrow less money because the economy is slowing. This will put a damper on stocks and act as a friction break against the rising market indices.

All of this leads me to believe we will all end up better off under President Trump than we were before he succeeded in getting elected to the Presidency. Four times as rich after Trumpenreich, Term The First (as my ceteris paribus case chart suggests)? I wouldn’t bet the house on it, but let us all be grateful that the right candidate won in 2016.

Williams Syndrome Could Explain Western Leftism | Will #MeToo Spur The Rise of The Mannerbund Workplace?