Living in a fantasy

Most people do not understand that they live at the receiving end of an image of reality constructed by others for their own gain. 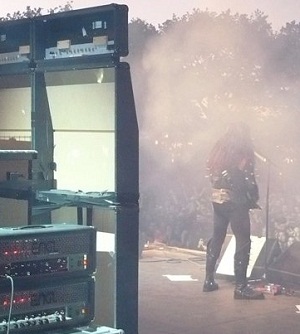 Marketers and journalists want to sell you an interesting story and advertising to match. That is how they feed their families. They have no responsibility to truth, only to create media that many want to consume.

Social groups, friends and random people want you to like them. They need you to approve of what they’re doing, or at least not stop them, so they are experts at being sociable.

Going to a socialist economy doesn’t stop this consumerism/socialization nexus — in fact, it makes it worse, because dividing up the wealth of a nation equally makes it very hard for that wealth to be in any kind of motion. That means that starting a business, rock band, or even building an attachment onto your house is a big deal, so you need to have friends in high places. This is why the black market is the most powerful aspect of socialist societies.

You wouldn’t trust a flu virus if it said, “I’m here to help,” so why do you trust people paid to create entertainment, salesmen and “friends” who are there to use you for their own game? Well, it’s easier that way. And “everyone else” seems to be doing it.

Yet we trust these people to tell us the “truth,” and if other people agree with them and either buy their product or repeat their meme, we assume their success is ordained by God:

Successive investments in Twitter have reportedly increased its value 33 percent, to $4 billion, while Zynga, creator of the popular Facebook game FarmVille, is worth more than $5 billion.

Google was willing to pay $6 billon for Groupon, an online coupon company that was valued at $1.35 billion only eight months ago. And Groupon was willing to reject the bid on Friday evening, presumably because it could sell for even more money later.

Less than a decade after the dot-com bust taught Wall Street and Silicon Valley investors that what goes up does not keep going up forever, a growing number of entrepreneurs and a few venture capitalists are beginning to wonder if investments in tech start-ups are headed toward another big bust. – NYT

The last time we had a dot-com bubble, in the 1990s, people paid absurd amounts of money to dead-end businesses with only a “shred of an idea,” as the article above says, and they all made imaginary money until they stopped. Fifteen years later, our economy is in a recession because we falsely over-valued our currency, thinking that all those billions for dot-coms were real money like the money that comes from manufacturing and agriculture.

We confuse the appearance of wealth with wealth itself, like we confuse appearance with actual cause, or the underlying reality. Here’s another great example:

But in a Thursday interview with Fox Business, Paul said the idea of prosecuting Assange crosses the line.

â€œIn a free society we’re supposed to know the truth,â€ Paul said. â€œIn a society where truth becomes treason, then we’re in big trouble. And now, people who are revealing the truth are getting into trouble for it.â€ – Politico

We like Ron Paul around here because he’s a man of his word. But he’s pandering to the crowd here. On a practical level, we know that while government is corrupt, it is corrupt because the vast majority of people are easy to fool — just create that fantasy world of image through media, products and social factors like memes.

They buy into it, and think it’s reality, and then they demand you make it so. That never works, so we must always have a Hitler/Saddam evil Satan figure that we blame for our unrealistic expectations going awry.

No, the American public does not understand the subtleties of political manipulation, or of hiding information from a public that cannot and will not understand it. It only understands life like a TV show, or a video game, or even a morality play from a dumbed-down version of religion for a crowd gathered under a circus tent.

So we keep sorting our world into good and bad, making false images stand for reality, hoping we can smash down the bad-images fast enough that we get to heaven, ideological purity or at least easy retirement with 500 channels of cable:

Every zombie war is a war of attrition. Itâ€™s always a numbers game. And itâ€™s more repetitive than complex. In other words, zombie killing is philosophically similar to reading and deleting 400 work e-mails on a Monday morning or filling out paperwork that only generates more paperwork, or following Twitter gossip out of obligation, or performing tedious tasks in which the only true risk is being consumed by the avalanche. The principle downside to any zombie attack is that the zombies will never stop coming; the principle downside to life is that you will be never be finished with whatever it is you do. – NYT

A zombie is a former creature — like a cancer cell on an organismal level, or a virus given its own life-support system — that has ceased responding to reality and instead proceeds dumbly, maniacally, singularly toward completing its task. Programmers will talk about “zombie threads” that stopped participating in useful computing long ago, but keep churning, eating up resources, trying to do whatever their long-irrelevant instructions tell them to do. Zombie-ism is what happens when an autonomous agent disconnects from reality.

What makes us modern zombies is our insistence that every part of our society exist on a granular level, that of the individual. With equality comes an end to hierarchy, and now, we’re all taking everything personally. Nothing is about role, or position in a functional sense; it’s about who we are, our lifestyles, and how much wealth we have.

Older societies used wealth and power as a means to an end. We use them as a means to our individual selves, and making ourselves look good to others. We have made a tool, a reality of appearance, and now it has changed how we view the world.

What would a larger pattern do to us? We’d have to surrender our “whatever I want right now is what’s most important” outlook. But in exchange, we’d gain a sense of how little our individual positions reflect who we are, and from that, we’d learn again to approach our world with reverence, hope and love.

Our individual positions after all may not reflect us at all, but may be cosmically determined:

Johnson, who specializes in the study of complexity, is one of a new breed of physicists turning their analytical acumen away from subatomic particles and toward a bewildering array of more immediate human problems, from traffic management to urban planning. It turns out that subatomic particles and people are not that different, he explains. â€œThe properties of individual electrons have been known for many years, but when they get together as a group they do bizarre thingsâ€â€”much like stock traders, who have more in common with quarks and gluons than you might think.

Johnson and Spagat expected that the success of the attacks, measured in the number of people killed, would cluster around a certain figure: There would be a few small attacks and a few large ones as outliers on either end, but most attacks would pile up in the middle. Visually, that distribution forms a bell curve, a shape that represents everything from height (some very short people, some very tall, most American men about 5’10”) to rolls of the dice (the occasional 2 or 12, but a lot of 6s, 7s, and 8s). Bell curves are called normal distribution curves because this is how we expect the world to work much of the time. But the Colombia graph looked completely different. When the researchers plotted the number of attacks along the y (vertical) axis and people killed along the x (horizontal) axis, the result was a line that plunged down and then levelled off. At the top were lots of tiny attacks; at the bottom were a handful of huge ones.

That pattern, known as a power law curve, is an extremely common one in math. It describes a progression in which the value of a variable (in this case, the number of casualties) is always ramped up or down by the same exponent, or power, as in: two to the power of two (2 x 2) equals four, three to the power of two (3 x 3) equals nine, four to the power of two (4 x 4) equals 16, and so on….[power laws] show up often in everyday situations, from income distribution (billions of people living on a few dollars a day, a handful of multibillionaires) to the weather (lots of small storms, just a few hurricane Katrinas).

With the U.S. invasion of Iraq in full swing, he and his collaborators had an obvious second test. In 2005, using data gleaned from sources like the Iraq Body Count project and iCasualties, a Web site that tracks U.S. military deaths, they crunched the numbers on the size and frequency of attacks by Iraqi insurgents. Not only did the data fit a power curve, but the shape of that curve was nearly identical to the one describing the Colombian conflict. – Discover

We are logical particles, reacting to the same world and the same conditions, so we have responses that fit within similar patterns; even more, there is a Bell Curve that determines our attributes from height to intelligence. There is a larger order here at work than us.

But that fact scares the hell out of us, because it means that we are not in control, and being in control is the only way we make life tangible enough to offset our fear of insignificance, error and death. So we make a false world, populate it with symbols, and use it to declare ourselves important, even if we end up kings on a crumbling throne surrounded by wasteland.