2018 Sucker Of The Summer: Andrew Sullivan 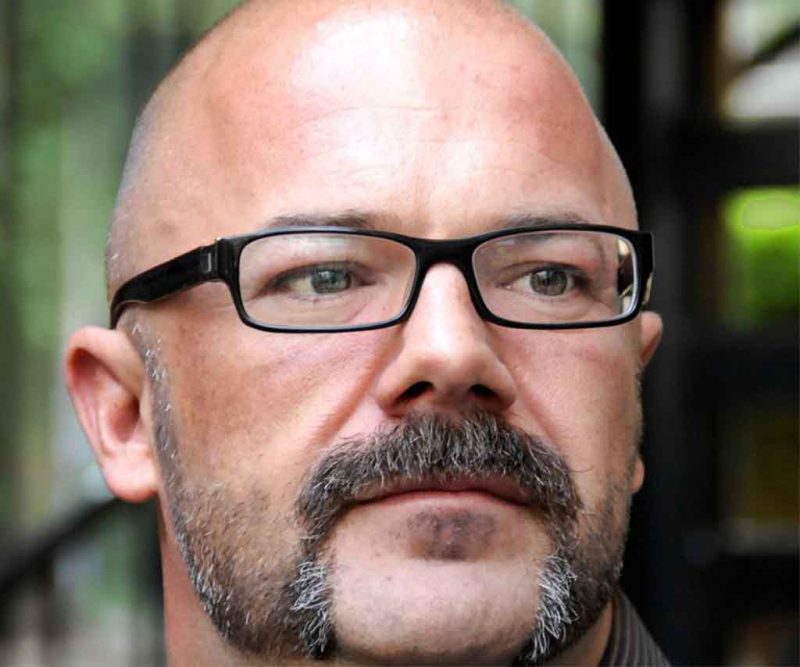 Andrew Sullivan is dead. His HIV became AIDS, and he succumbed. His investigation into America’s opioid crisis got him curious, he tried some, and died. After another post where claimed that IQ is real and important, an angry citizen of Left Twitter leaped offline and murdered him. With President Donald Trump now very openly supporting torture, Sullivan decided to send America a message and committed seppuku in the White House lawn.

Of course, none of this has happened. Real life is not so baroque. But consider the metaphors as you read on.

Throughout high school and well into college, Andrew Sullivan was a cornerstone of “the discourse.” Between 2000 and 2015, his blog, “The Daily Dish,” was hosted alternatively at Time, The Atlantic, and the Daily Beast—and his presence could make a site’s traffic surge to new heights. By the end, he had at least a million monthly readers, and the blog itself (by then independent) had a dollar value in the millions. Sullivan obtained the joking title so many genuinely covet: master poster. His opinions on the issues of the day were always cited in any roundup, and the trajectory of his thinking on the Iraq War (from “yes!” to “fuck!”) was an avatar for the country’s thinking on the same. He was America’s blogger: a young baby boomer, socially libertine, hostile to socialism, nominally religious but not really, a debate fetishist, and earnestly well-intentioned. It’s incredible that such an American man was born in England. One would almost think the two nations share an ethno-political heritage or something.

Then 2015 came and everything changed. Donald Trump and Bernie Sanders both burst onto the scene, and to the surprise of everyone who was watching, stayed there. Just a few months before it became apparent that American politics would never be the same again, Andrew Sullivan had retired. He was in ill-health and wanted to spend more time with both real humans and real books.

Though the timing was coincidental, it was still appropriate. The America Sullivan knew and so happily represented, engaged, and grappled with, ended the same year he took a step back from his computer screen for the first time in a decade and a half. Sullivan defined himself through his commentary on the battles of his time: Bill O’Reilly and Jon Stewart trading potshots about gay marriage, John Kerry and George W. Bush arguing about the War on Terror, etc. We aren’t living in that country anymore.

American politics is now a zero-sum struggle for power between warring and fundamentally incompatible tribes. Andrew Sullivan does not care for this landscape: it does not suit him constitutionally and it does not engage him intellectually. Like a lot of members of his generation, he clearly wishes it could be another way, and on some level, he does not understand how things ended up like this, and why we cannot all agree to go back to being the way we were.

Sullivan’s now only weekly writing, and as I’ve made note of before, focuses almost exclusively on different aspects of this change and how depressing he finds it. He hates Donald Trump and his supporters. He hates the rise of nationalism across Europe. He hates our government’s new-found interest in protecting its borders. He hates the Left’s continued war on free speech, scientific inquiry, and open debate. He hates what he views as the recent excesses of feminists and homosexual activists. He hates that vast swathes of Americans are killing themselves with opioids. He hates how we are all gutting our social and spiritual lives by way of tech-addiction. More than anything, he hates that we are all so miserable.

From 2009 until his retirement, he made a habit of closing his posts about President Obama with the aphorism “Know Hope.” He still invokes this now and again, but it is apparent that his current lack of hope stems precisely from what he “knows.” He senses that American (and to an extent, Western) society is spiraling into a permanent “friend-enemy distinction,” with institutional and democratic norms getting thrown out the window by all sides in their quest for power. Meanwhile, a great deal of Americans are going to waste away in the Current Year’s cauldron of opioids, pornography, and isolation.

In this estimation, Sullivan is correct. That is the future, until one side wins—and decisively. I believe this, and so does Jacobin’s Corey Robin. Everyone at Social Matter understands this, and so does the crew at Chapo Trap House (who believe Sullivan’s public belief in genetics paved the way for Trump’s candidacy!). Our current president gets it, and so do his most serious electoral foes. All the major players of the game, and the up-and-coming too, are on the same page in this regard. No amount of whining or pining for the past by Sullivan will make it otherwise.

But unlike many others who bemoan this new desert of the real (e.g. Jonathan Chait, Ben Shapiro), Sullivan does not have it in him to pick a side and fight while simultaneously griping about the new rules of combat. Sullivan is simply too nice, too sensitive, and too interested in observation—he certainly has never been accused of being a polemicist. As time goes on, each of America’s warring tribes will have less and less use for people fitting that description.

All of which begs the question: If Andrew Sullivan was such a guiding light for so long, how is it that America arrived at a place so far from him? And given his emeritus status, why is he not strong enough to help push America back in his direction? The answers to those questions are something Sullivan should use his considerable cognitive powers to answer. Until he does, he is just another sucker of the summer.

How To Drain The Swamp | The Experts Know All