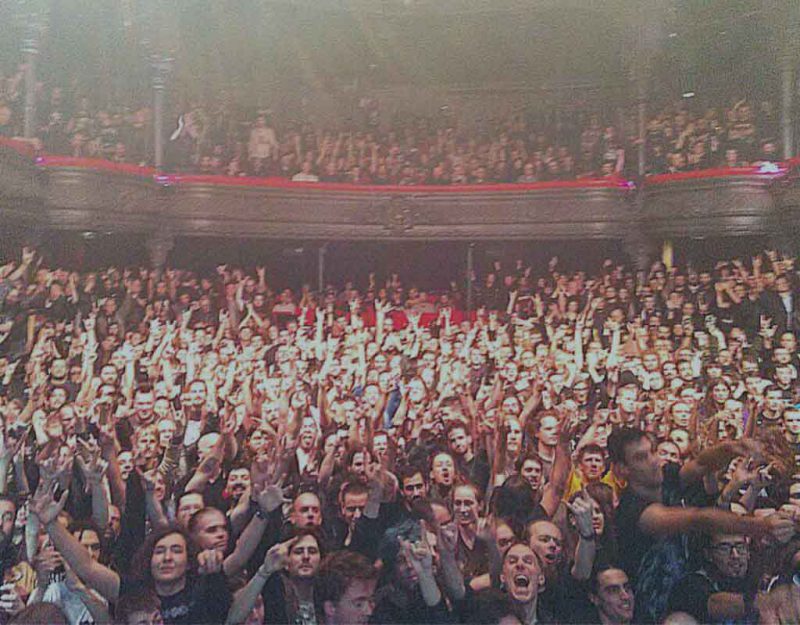 Past times remain unknown lands to generations whose frame of reference begins with more recent events, so we memorialize them in literature, song, and histories so that the feeling of each time is preserved, giving us a highest abstraction point from which to interpret facts of those eras.

In the 1980s, the Left successfully mobilized a group in the style of the 1960s counterculture, but based more on opposition to how dreary modern life had become: the many rules, the paperwork, the do-nothing jobs, the false social scene, and the grimly materialistic corporate culture.

They successfully styled the Right as defenders of all of this, something that lower-intelligence conservatives quickly gobbled up, because the Right kept hammering on the idea of working hard, becoming important in the system, and emphasizing social conservatism through religion.

That was a mis-reading of Reagan, whose conservatism was based on common sense and gut instinct honed by years among the liberals of Hollywood. His ideal was an America where quality was rewarded and freeloaders were driven off, and this offended the Left mightily.

Among those who were not the good obedient types who were clearly headed for success in the last fringes of the dying Anglo-Saxon hierarchy, agreement was almost uniform on the negative direction of our society and the need to oppose it, and by extension, oppose the Right.

What a clever trap, and how sad for those who fell into it that they ended up defending what had created that situation. All of the tedium of the 1980s came about through the Leftist laws of the 1960s finally showing their negative sides, after seeming to succeed for their first decade.

I came across this line from a song popular with the nerd outsiders of the 1980s, “Boot to the Head“:

People talking in movie shows,
People smoking in bed!
People voting Republican,
Give them a boot to the head!

You win a culture war by convincing people that they are clever and unique for adopting an opinion that easily explains away problems with a scapegoat — scapegoats by definition are false easy answers — and giving them some social group to “join” by simply having this orientation.

If the Alt-Right scared America, it was its adaptation of this technique by making fun of the existing Regime and suggesting a grass-is-greener space which combined Libertarianism, medievalism, red pill recognition of biology as the driving force behind dating and racial disagreements alike, Hoppean physical removal, and Nietzschean Darwinism to say that if we simply lost the dead weight — Romney’s 47% — a better life awaited.

For this reason, it is a mistake to say that the Alt-Right is anything but a Right-wing movement that embraced realistic aspects of demonized movements as well as a somewhat normal conservative “good to the good and bad to the bad” outlook.

In turn, this historical factoid shows us what we are dealing with in the opposition. To them, facts and logic are irrelevant; what matters is joining the social group of the people who seem smart, iconoclastic, and most of all “cool” or detached from and above what has become a mundane and controlling daily life.

For the movements that follow the Alt-Right, which is floundering leaderless in a sea of people trying to turn it into white nationalism or national socialism, more glory lies in going further along these lines. Oppose the McJobs, brutal tax paperwork, boring schools, loveless divorce-oriented marriage, robotic dating, and mindless consumption.

Those things are all horrors. We gain by opposing the Regime and what it has brought, namely a dysfunctional society. After that, the really hard question remains: what do we desire instead?