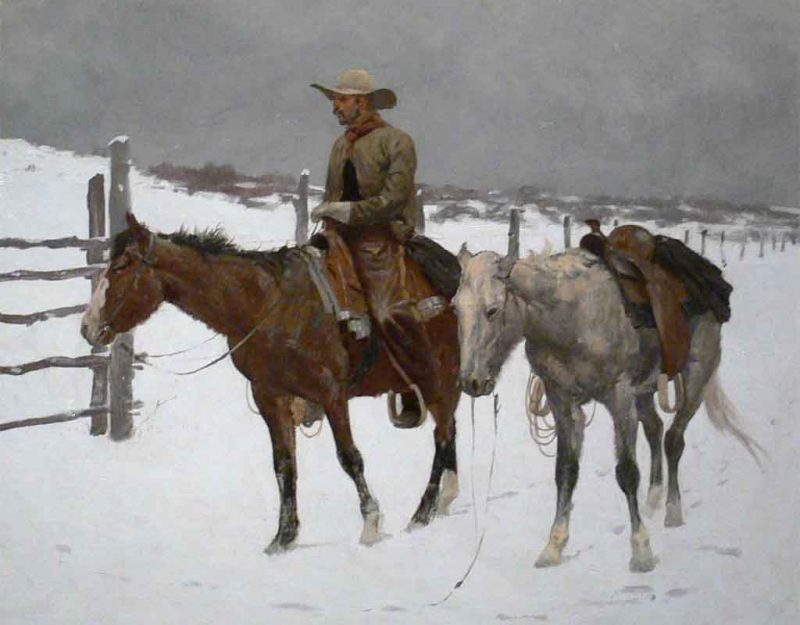 Taking things at face value means accepting their own descriptions of themselves, but this makes little sense in politics, where some underlying philosophy explains why things are chosen, and politics is used to inculcate the population with that philosophy.

In other words, the show that we see on the television seems to be about the issues, but in reality the goal is to change how we think not just about those specific issues, but life generally. Politics is programming in which all things are a means-to-an-end of that programming.

With that in mind, we should return to the War Between the States, a.k.a. the American Civil War. The politics taught one thing, but underneath, the philosophical shift was more vast.

It said that the future belonged to urbanized, anonymous cities and not hierarchical cultures; we had adopted the Asiatic strategy of mass mobilization, and to regulate it, we needed a modern bureaucracy that could treat people as a fungible mass.

That required Civil Rights, which came about in 1866 with the first Civil Rights Act, later enshrined in the Fourteenth Amendment, which included this line:

The last part — “equal protection of the laws” — was designed as a ticking time bomb. It seemed to mean that everyone got the same treatment from government, but what it really meant was that government would regulate every private interaction.

It was clear that this would come about from past American law. When something becomes a duty of government, it also has a duty to make sure that its suppliers and their suppliers follow the same, at which point it has to regulate the whole supply chain.

From that one moment came not just the triumph of diversity in America, on the surface, but underneath, a shift in philosophy. Government was no longer there to protect culture, but to make individuals more important than culture.

This fit with the Civil War theme of the individualistic, anonymous, and atomized cities defeating the hierarchical and culturally-rich South. The Old Way of civilization was dead, replaced by the Government Method.

This paralleled what was going on in Europe at the time as the kings were being replaced by first limited monarchies and later the horrors of democracy, with France leading the way into the abyss with a revolution followed by Napoleonic terror across Europe.

This showed us the progress of the formation of a Crowd. When placed in groups, people defend the group and strive to keep it together, ignoring what must be done with the power that the group has. In this way, groups are inherently tyrannical.

Under the monarchy, the West succeeded, but this success brought a new problem, which was that we suddenly had too many people for our newly-efficient systems, and the ease in which one could survive in society produced too many people who were pointless and lost.

At the same time, our leaders became exhausted by having to constantly put out fires, and lost faith in the possibility of goodness in life. Shortly before The Enlightenment,™ the first seeds of Western despair germinated.

Eventually people decided, as they always do, to stop worrying about making things good, but instead to democratize them, or ensure that everyone had their own inferior variant. This process allowed mass mobilization, spurred on colonialism, and eventually gave rise to modern government.

When a society is healthy, it has a transcendent outlook, or one in which the world makes sense and there is a role for good and excellent activity. As soon as society grows, it becomes a question of managing the vast number of people produced, and that transcendental outlook vanishes.

Our future — should we choose to work for it — will involve an opposite to individualism, namely the idea of role, or having a purpose as a civilization, a place in a hierarchy for all individuals, and unity derived from shared goals and heritage rather than mass mobilization.

While much of the dialogue today seems to be about race, underneath the skin, race is being used as a means to make government so powerful that we have Soviet-style mass mobilization. Witness the fruit of 1866:

A luxury Upper East Side hair salon accused of telling Black workers that Afros and box braids did not fit the area’s upscale image will train employees to work with Black hair and help advance the careers of stylists who are not white, city officials said Tuesday.

The salon, Sharon Dorram Color at Sally Hershberger, agreed to the measures as part of a settlement with New York City’s Human Rights Commission that grew out of an investigation prompted by former employees’ complaints about hair-based racial bias.

The settlement, which also calls for the salon to pay a $70,000 fine, was the first to be reached since the commission’s February release of legal guidelines recognizing discrimination on the basis of hairstyle as racial discrimination.

Government here achieves two things: standardization of behavior, and centralization of business around a model dictated by government. This reduces market competition and uses markets to fund the idea of equality as mandated by the individualism of The Enlightenment.™

Even more, this act serves as a form of public execution, destroying reputations in order to warn others that they must not just obey, but pro-actively assert government ideology so that they do not become suspected of disloyalty:

In addition, the commission said, Sharon Dorram, a colorist, and Tim Lehman, a senior stylist, must complete 35 hours of community service with a racial justice group “that works to combat hair discrimination and promote Black beauty.”

A healthy civilization has a sense of purpose; a sick one has control, or power for its own sake, which includes the need to hold together a group which is inherent in every Crowd. If not directed otherwise, humans form these crowds by default.

In our quest to restore Western Civilization, our first act will involve removing lots of crazy Leftist laws. Obviously, the Fourteenth Amendment and Civil Rights Acts rank up there as obvious targets.

OK, Boomer | Why The Cultural Wave Will Resurrect The West