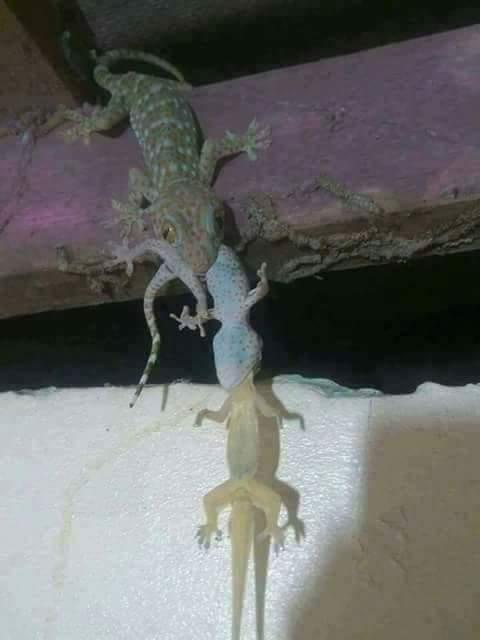 One of the most important experiences in life is to see how good enough is the enemy of good. Most people will settle for good enough, which results in them not only failing to address actual needs, but because they have engaged in surrogate and proxy behavior, concluding that they have fixed a problem which is now strengthened.

The good enough serves to kill off the weak of the enemy, leaving only the strong. And yet, it is more convenient, so people drift toward it like moths to flame, kids to soft drinks, voters to the early stages of Communism, and the like. Whenever you want to actually end a problem, fear the “good enough” like the plague, because it will defeat you.

Vox Day was kind enough to write back a terse reply to a recent Amerika article on the Alt Lite. He writes:

It’s an irrelevant response that completely fails to understand my position. You should try attacking my actual positions: start with the 16 Points.

While this sounds good on the surface, and in the modern time this is how writers succeed, note what it does not tell you: what the Right actually is. Instead, we have a list of things that are not Alt Right, without attacking the core: Leftism, which is like The Enlightenment™ a type of egalitarianism, and its political counterpart, democracy. Until that rubicon is crossed, the above sounds very Republican with a touch of paleoconservative.

2. The Alt Right is an ALTERNATIVE to the mainstream conservative movement in the USA that is nominally encapsulated by Russel Kirk’s 10 Conservative Principles, but in reality has devolved towards progressivism. It is also an alternative to libertarianism.

This is a misdirection. First, very few conservatives have read Russell Kirk, and most base their conservatism on the mainstream ideas pro-business, free markets, strong defense, pro-Israel, small government, and “muh freedom.” Libertarians are people who hope to hold off Leftism with freedom of association despite that having worked never throughout history. But classical liberalism (libertarianism) and mainstream conservatism both lead to Leftism, as we see in the transition to neoconservatism, because they are still based in the idea of equality. In this view, how is the Alt Right an alternative? Obviously it is not, and therefore, this definition does not fit the Alt Right.

3. The Alt Right is not a defensive attitude and rejects the concept of noble and principled defeat. It is a forward-thinking philosophy of offense, in every sense of that term. The Alt Right believes in victory through persistence and remaining in harmony with science, reality, cultural tradition, and the lessons of history.

There is much to like here, but why is “cultural tradition” used instead of tradition? There is an implication of culture as separate from race, which history shows us is not the case. It also makes sense to clarify what “science” is here, since most “science” seems to have been hijacked by moneyed interests and the Left.

4. The Alt Right believes Western civilization is the pinnacle of human achievement and supports its three foundational pillars: Christianity, the European nations, and the Graeco-Roman legacy.

This unfortunately misses the point on two levels. First, this “pinnacle of human achievement” is a universalist concept that leaves us open to entry by anyone else who can demonstrate some kind of relevance to this pinnacle, which has already failed (again) and left us standing among the ruins. Second, these three pillars miss the point: Western Civilization is Western People, who when they act according to their character create all the other things mentioned. Some points should be given for “the European nations,” which seems to be a refutation of white nationalism, or the idea of melting all white people together into a generic/universal white tribe.

5. The Alt Right is openly and avowedly nationalist. It supports all nationalisms and the right of all nations to exist, homogeneous and unadulterated by foreign invasion and immigration.

It was doing so well until that second sentence. Nationalism should be defined here: what is a nation and how does it relate to ethnic group and race? The answer can be found in The Nationalism FAQ: nationalism is the philosophy that states that a nation is defined by an ethnic group. Germany for Germans, Nigeria for Nigerians, Japan for Japanese, Israel for Jews. At least he mentions homogeneity, but then again, when defined so vaguely, this could mean anything, such as “we’re all Christian.” Instead of focusing on these “rights” to exist and be free of invasion and immigration, it might have made more sense to focus on self-determination and the ability to exclude others, including those among us who are of our tribe but defective.

6. The Alt Right is anti-globalist. It opposes all groups who work for globalist ideals or globalist objectives.

Check! No problem here. However, since nationalism is the opposite of globalism, this one is somewhat redundant.

7. The Alt Right is anti-equalitarian. It rejects the idea of equality for the same reason it rejects the ideas of unicorns and leprechauns, noting that human equality does not exist in any observable scientific, legal, material, intellectual, sexual, or spiritual form.

Check! But why did it not mention the founding issue of the Left, which is class warfare? If one cannot admit the differences between castes and classes, we are back in French Revolution territory.

8. The Alt Right is scientodific. It presumptively accepts the current conclusions of the scientific method (scientody), while understanding a) these conclusions are liable to future revision, b) that scientistry is susceptible to corruption, and c) that the so-called scientific consensus is not based on scientody, but democracy, and is therefore intrinsically unscientific.

A thousand times no. The “scientific method” is deductive from material only, and misses out on both logical fact and any order beyond the material. This seems designed for the IFLScience crowd.

Unfortunately, this language is painfully vague. Who is native, and to what? This sounds to me like a crypto-JQ statement, which misses the point that what destroys nations is collapse from within, and scapegoating the outsider misses the culpability we have for selecting egalitarianism, as every collapsing civilization seems to do.

This is one of those catchphrases that sounds good but does not express the whole truth: diversity = civilization collapse, with the recognition that diversity (a synonym for “multiculturalism” or its French Revolutionary equivalent, “internationalism” as later expressed by “workers of the world, unite!”) means the mixing of different ethnic groups into one nation-state.

12. The Alt Right doesn’t care what you think of it.

While technically correct, this statement reeks of teenage bluster, and misses the real point: unlike demotic movements, the Alt Right affirms that what is actual and real is more important than collective opinion, and that only some can perceive with higher degrees of accuracy, so we follow them in a hierarchical order instead of trying some crowd-sourced “find the truth through our navels” type democratic event.

No objections here. However, it might be wiser to take the broader approach and point out that culture is more important than commerce. What is efficient and profitable is not always good, and so while we are believers in free markets, we recognize that no free market exists without a culture and those standards come first. Pornography, drugs, and gadgets for idiots are profitable; they are not desirable, at least on a wide scale.

14. The Alt Right believes we must secure the existence of white people and a future for white children.

Point number fourteen is David Lane’s fourteen words. No objections here other than the reek of white nationalism which seeks to reduce our national identities to “white,” which only seems sensible when one lives in a mixed-ethnic state. Nationalism covers this topic well enough: we want to survive, and the only way to do that is to show up for the future through our descendants.

This is roughly a summary of the Pan-Nationalism project that I and other CORRUPT/Amerika writers launched back in the early 2000s. No disagreement here.

16. The Alt Right is a philosophy that values peace among the various nations of the world and opposes wars to impose the values of one nation upon another as well as efforts to exterminate individual nations through war, genocide, immigration, or genetic assimilation.

A smart politician, the author offers an olive branch to the Left. At first this statement seems (emotionally) appealing until one realizes that it commits us to being world peacemakers to end ethnic conflict between other groups. A saner statement is that we represent our own interests only, and the rest of the world needs to take care of itself. Altruism is dead.

He reaches a clearer statement here:

In doing so, while engaging in smart politics, he creates a great error. As Evola noted, race is tripartite, consisting of body, mind and spirit. We are defined first by our genetic heritage and more importantly, genetic interests, but also our ability to uphold the tenets and purpose of Western Civilization.

We are not democrats; not everyone is acceptable and destined to be included, even if they are of the “right” heritage. Only those who can do what is necessary to rebuild Western Civilization are welcome because there are many degenerates and sociopaths among us, and there is no need to include those.

The problem with the Alt Lite is that it represents “good enough”: a series of patches to democracy to keep it afloat, when our downfall began with the idea of egalitarianism and any vestige of that which we retain will re-create the same conditions that brought us to our current state. We must get to the root of the problem and remove that or we simply repeat history, which the Alt Lite seems to favor.

Again, the Alt Lite misses the point: the Alt Right is designed as an alternative to both mainstream conservatism and blockheaded White Nationalism. If we wanted blockhead white nationalism, we would have simply joined those groups. We want a more far-reaching purpose in the restoration of Western Civilization, and the Alt Lite is another “good enough” that stands in our way.