Communication Â is the activity of conveying meaningful information.

Communication requires a sender, a message, and an intended recipient.

Communication requires that the communicating parties share an area of communicative commonality.

The communication process is complete once the receiver has understood the sender. – Wikipedia, “Communication”

We were able to dream up the concept of computers, then to design, build, and improve them. We were able to market them, to the point where almost every home has at least one example. Yet we are unable to duplicate their most basic function: Communication. 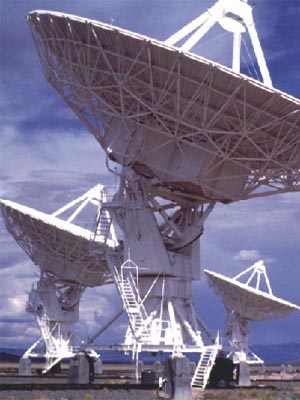 We built in a protocol for computers to communicate. It goes something like this: Sender, Recipient, Receipt. Simple.

Yet we, ourselves, almost always neglect to employ the last function; Receipt. Often we neglect to even ensure there is a Recipient. What we do best of all is be the Sender.

In computer memory, there is this thing called the Parity Bit. Otherwise known as the Check Bit. It turns out to be the Eighth Bit. Its only function is to make sure that received data equals sent data. This is the essence of communication. Take it further and consider the number eight…

Eight is the symbol for infinity. The Eighth Chakra is the seat of the soul, allowing matter to interact with non-matter. A bridge to consciousness, you could say. All of this is about understanding, which can only take place via communication.

The Book of Revelations is replete with prophecies of a time where everyone will be talking, while nobody will be able to understand what is being said. I fancy I see an awful lot of that going on, these days. And I put it all down to the spread and viral growth of ego. For ego is the thing that the notion of equality spawns. All the benefits of what others have accomplished, without any of the actual accomplishment. Ego fills in for lack of substance. Ego is what stands in for the lack of anything else. And beyond any doubt, ego floods the entire western world.

To communicate, the recipient must have an interest in understanding the sender. When the recipient is nothing but an ego, there can be no interest, for the ego already knows everything, can not allow itself to be seen to not know, and thus willingly claims to understand what it does not. Thus the message is never received, although the sender thinks it is, the receiver says it is, and the receipt is issued on mere assumption, if at all.

And the result is chaos.

Civilizations are built upon communication between its myriad parts. Civilizations can only live as long as there is interest in outcomes.

With the birth of ego, any civilization is at its zenith, and as ego becomes entrenched, begins its cyclical descent to nadir. And cycles define all things. One sees this, if one chooses to observe closely enough, or long enough. All civilizations are born, expand, then decline again. Should we be worried?

Well, we are, aren’t we? We see the general decline and the omnipresent malaise. We wish it were otherwise, because it could be. But probably not at this rather late stage. Still, as our civilization recedes into the museum of what once was, all is not lost.

Men pre-date civilizations, and will be there, still, when their accomplishments have faded. In somewhat reduced numbers, for sure, but always a potential, in wait, to flower again, into something worth building.

Maybe next time, or the time after that, men will discover that ego does not make a viable stand-in for substance.Â Or, holy-of-holies: it may yet be not entirely too late to turn this whole sorry mess around and set it on a new, and wondrous course.

Things that lower your IQ: “banksters” | Stop the tragedy