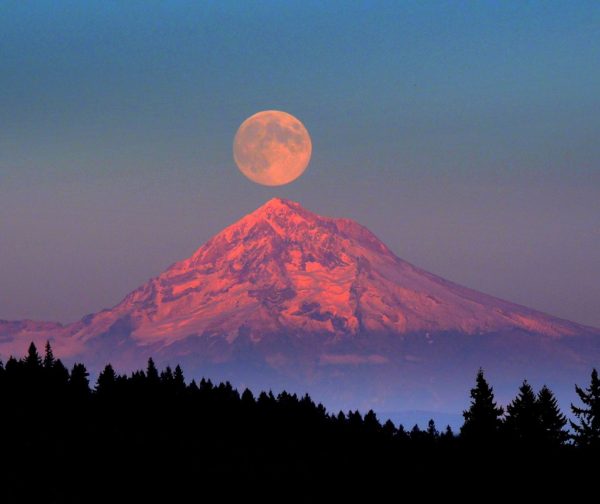 We live in a time that is not post-truth but anti-truth. The growth of alternative media and global communication presents a challenge to the hegemony of the Cathedral over our view of the world, and this is best reflected in the fumbling manner in which the Cathedral attempts to plug the holes in its leaking ship. Of course, half of the plugs spring a new leak ten minutes later, and two new holes appear for each one plugged. We live in a time of deception. But the energy that sustains that deception is petering out, bit by bit.

Red Ice on altright.com: The Stockholm Terrorist Attack is Only the Beginning: Here we see the strange doublespeak of the Cathedral. People are unlikely to believe outright falsehoods, so a number of deceptions are used. Obedient and devout Cathedralites will tell you that there are no attacks in Sweden; if you bring up a specific attack, they will claim that it has nothing to do with immigration or just doesn’t matter. The key is not to deny the existence of such attacks or say that they did not happen, but to keep from discussing or thinking about them at all.

Hunter Wallace on altright.com: ΟΔβ²§≈™The Alt-Right doesn’t believe in the concept of the ‘Free World.’ΟΔβ²§¬ù: we see here a confusion on the part of the alt-right. Trump was never the alt-right candidate, as the author of this article seems to think, and claiming that Trump was the alt-right candidate is, paradoxically a result of swallowing leftist propaganda about Trump! Notice how even this piece of Cathedral agitprop results in confusion on the alt-right when it gets past our radar. We wanted to believe that Trump was our man, so we believed that he was alt-right when the mainstream media told us so. Swallowing that belief has the consequence of creating division on the alt-right. What we need is to see Trump as a first step. And we can’t deny the realities of geopolitics, and the necessity of empire at the present time.

VDARE: Is ΟΔβ²§≈™Trump EffectΟΔβ²§¬ù Reversing American Worker Displacement, Illegal Influx?: we’re used to the mainstream media distorting and cherry-picking their statistics. But this points to a larger trend, which is this: the media attacks us through ΟΔβ²§≈™sins of omission,ΟΔβ²§¬ù by not doing what they ought to do, even more than by doing outright evil.

The Atlantic: The Rise of the Christian Left in America: one thing that evil does when it senses that it is being found out is to put on some incidental, skin-deep trappings of good. The Left will co-opt traditional things like religion in order to provide some semblance of order and meaning, as a desperate bid to maintain its power over those who are beginning to see through it. Again, this is a sin of omission, with religion being a simple lifestyle choice like driving a Mini Cooper, and with everything significant about religion being removed.

ΟΔβ²§¬ùBritain Strips Jihadist of Passport Despite Supplying Weapons to His Islamist Group in Syria: much as it creates a hollow facsimile of religion in order to legitimize itself, the Cathedral also makes symbolic gestures to cover its vulgar realpolitik. Another instance of the same phenomenon, we see the magician making grand gestures with one hand while the other hand, the one you’re not watching, reaches into his pocket.

Jihad Watch: [Swedish] Truck jihadi had been in Swedish Security Service files: while we don’t want to scapegoat symptoms while ignoring the disease, it is useful to gather information that supports our claims, e.g. that diversity causes conflict. Sites like Jihad Watch, whatever their motive, can act as aggregators for ammunition of this kind. And the story here linked is a good study in more sins of omission, caused by social pressure. Why investigate a possible criminal if doing so will get you fired and blacklisted for ΟΔβ²§≈™racism?ΟΔβ²§¬ù

Jew Among You: ΟΔβ²§≈™A group of youthsΟΔβ²§¬ù: the media uses codewords to commit their sins of omission. We can reverse this, both by openly pointing it out, and by mocking it. ΟΔβ²§≈™Should we let in more ‘youths’ from the Middle East?ΟΔβ²§¬ù By forcing an association between their codewords and the real deal, we can force them to change the language they’re using. When they are forced to change often enough, constantly creating new codephrases, their deception becomes impossible to maintain. People begin to sense that something is up.

RamzPaul: You Can’t Kill Or Censor An Idea: what ultimately brings down the Cathedral is the fact that, sorry guys, but the genie is out of the bottle. No amount of censorship, however subtle and sophisticated, can save the Cathedral from collapsing, because its foundations are rotten and crumbling.

Angry White Dude: We All Knew Something Like This Was Coming: The Trump ΟΔβ²§≈™fiascoΟΔβ²§¬ù was inevitable. He has to manage a global hegemonic system, not just his own country. The key is to insist on the correct domestic policies, with foreign policy a distant second.

Neocolonial: Deciphering Wormtongue: the phrase, ΟΔβ²§≈™political correctness,ΟΔβ²§¬ù is wonderful because it gives a name to our enemy, thereby giving us a target. ΟΔβ²§≈™Wormtongue,ΟΔβ²§¬ù for those speech codes that operate specifically by inversion, is another such word. These terms need not compete. Rather, they ought to proliferate. The more varied our terminology, the better.

Cernovich: Why the Fake News Is Losing: in case I haven’t driven home the point enough already, I’ll say it again: the Cathedral cannot maintain its control over thought and information against new technologies. The technologies in themselves do not save us, however, so it’s up to us to deliver the push.

Kid Strangelove on Mattforney.com: How Gamergate Leaked Into My Real Life: the time has long passed when deriding the alt-right as an ΟΔβ²§≈™internet movementΟΔβ²§¬ù had any merit. While it is important to do real-world activism, we must never forget that deriding something as an ΟΔβ²§≈™internet phenomenonΟΔβ²§¬ù is a cheap rhetorical trick that ignores the power that the internet has to shape the thoughtscape of our society.

Racism is Love, Racism Saves Lives, The Scientific Truth is Racist: reclaiming the word ‘racist’ ought to be high on our list of priorities. Inverting that which is already inverted leads to setting things right.

Stuart Schneiderman: America Is Back in the Game: ΟΔβ²§≈™For Russia, the Syria move may represent a rude discovery that the new American president wonΟΔβ²§β³Δt be the pliant partner that the Kremlin had hoped for. The biggest change in Syria since President Barack Obama declined to take a similar military step there was a dramatic escalation in RussiaΟΔβ²§β³Δs presence on behalf of Syrian President Bashar al-Assad.ΟΔβ²§¬ù Remember, the libertarian dream of isolationism is not possible at the moment. Trump won’t make it happen, and Trump himself is only a small step on the way back to health, sanity, and an organic civilization.

Diversity Is Chaos: Researchers from King’s College London have used a genetic scoring technique to predict reading performance throughout school years from DNA alone: another nail in the coffin of the left, we see that scientific insight into human differences is slowly, inexorably, ineluctably eating away at the foundations of egalitarianism.

Diversity Is Chaos: Marvel executive admits that emphasis on diversity has alienated readers: pursuant to the above, it is clear that, no matter how thorough the propaganda is, people can only swallow lies for so long. The more strident the agitprop becomes, the more transparent it becomes. It is only a matter of time, and what is falling must be pushed.

The imperative right now is to take advantage of the left’s present weakness and create long-lasting cultural changes. The key is to break their control over language and information.