by Jonathan Peter Wilkinson on April 8, 2017 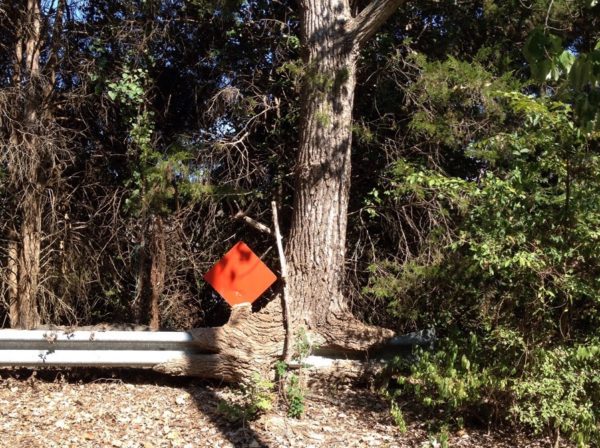 Let the Molotov Cocktails rain upon the State Government of Tennessee. Why, you may ask. Here’s why.

Things like the choices of the Tennessee electorate are what I truly hate about Hell. Not Lucifer. He’s just a dumbass pol on the make. I almost feel sympathy for him.

Can you imagine doing a townhall meeting with those constituents? No, not the wholesale slaughter. Genghis Kahn gave us plenty of that. And he at least could put on a pretty good pony show and was nice enough to try and repopulate SE Asia personally once the towns and villages surrendered. The stupid Satanists? No, they’re just as much of a joke as Reverte wrote them to be in his novel Dumas Club. It’s that true, thoroughbred evil is also so damn grubby and cheap. This is what I mean by cheap:

The Tennessee Department of Transportation (TDOT) has apologised after a father revealed that the state incorrectly billed his deceased teenage daughter nearly $3,000 (Â£2,388) to replace the guardrail that killed her during a car crash in November 2016. Hannah Eimers, 17, was driving her father’s Volvo S80 on 1 November when the vehicle crossed the meridian and hit the guardrail, USA Today reported.

A Tennessee Highway Patrol crash report found that instead of deflecting the vehicle or absorbing the impact, the guardrail impaled the vehicle, hitting the teen in the head and chest, killing her instantly.

Or that the state was had slipped at least six months to the right on schedule for getting those darn things off the highway. No, we can’t have Unfunded Requirements in The Tennessee State Budget. It costs money to deploy defective, cheap crap that fails to perform as the conditions require. It required the State of Tennessee to send Hannah Eimers’ family a bill in the name of their deceased daughter. She was supposed to pull herself out of the frikken sarcophagus and pay these malignant Sperg-offs. They charge interest if you are late on that stuff.

Hannah Eimers is dead because evil is cheap and dishonest. The State of Tennessee votes for the Uniparty of Evil because they lie, tell the voters they can Haz Cheeburger and safe roads. The infrastructure goes to hell as the money required to perform adequate operational maintenance gets pissed away on vote-buying Gimmedats.

As long as you put up with it, you suckers will get exactly what you tolerate. It’s what the deluded mystery meat bastards of the typical ‘Murican ‘Lectorate deserve: to get it good and hard. Hannah Eimers just died of Democracy. I hope that makes you all proud to be Amerikans.

If The Neocons Are Wrong, Why Are The Russians Acting As If They Are Right? | Outliers (#50)