We have nothing in common 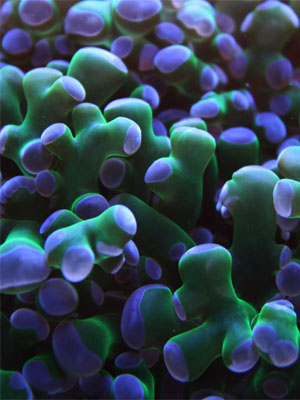 As election season winds up for a conclusion, one salient fact unrelated to the outcome can be discerned:

In America, as in Europe, we no longer have anything in common with each other.

Whenever there’s an election, equal parts of the citizenry think the others are insane, and the gulf is widening as the left gets more extreme and the right retreats farther in response.

Even in Europe, where multiple party elections ensure oddball cross-party juntas being formed as a way of neutralizing government more than anything else, the suspicion with which people trust those who voted for “the other side” is palpable.

Where we have two parties in the USA, half of the citizenry think the other half are mentally dysfunctional or liars. It doesn’t matter which side is right so much as that there is a huge chasm between the two.

It’s impassable at this point.

Liberalism and rightism are incompatible. All political parties fall more on one side than the other; despite decades of trying, no real “third political path” options have emerged. All tend more toward one side or the other.

As discussed before, in decision-making there are methods and results. Liberals idealize methods, and conservatives look at the whole process, but are most concerned with results.

These outlooks are incompatible but even more, so are the underlying values.

These aren’t the only divisions. Since we declared our society to be pluralistic, there is no culture or right way. There is only many cultures and values systems attempting to co-exist, which leads to a lowest common denominator.

That LCD is the basics of modern life: we all want jobs, products to buy, friends to make and sexual partners and/or life companions. Beyond that, compatibility in values vanishes. Not everyone believes in family, or conventional morality, or even the idea of there being more to life than material consumption.

Naturally, this idea doesn’t work, because for a group to work together it will have either a clear sense of shared purpose, or lots of rules and nanny-Stasi to administer them. We’ve gone the route of the latter.

There is thus a tunnel effect. With each passing year, we drift farther apart. The more we drift, the more rules and police show up to keep us in line and to invent a ‘quasi-culture’ which contains the rules for getting along and doing business.

Because the left indoctrinates citizens in its method by giving them entitlements (including socialism, eventually) people become dependent on leftism, and start to view the right as evil.

The right on the other hand see how the path we’re on will lead to doom. They haven’t yet grasped how deeply moribund it is, meaning that it includes all of our sacred cow issues from the last 100 years, not just some. But who can blame them for choosing sweet oblivion for the last few moments they can.

Perhaps another way to view this is that we are united by commonality: we all must obey the law of pluralism and liberalism. This is one thing in common, where before we had thousands, and so this one rule must become neo-totalitarian in order to survive.

Europe, for all of its bluster about its native culture, has adopted the system from the US and UK as a form of “modernization.” In many ways, it’s further along the path to doom, but its self-congratulatory exceptionalism has deceived its people as to this degree.

The result is that our nations are like apartment complexes. They are locations in which to live. When we decide that one needs identity we add a little flavoring. Tex-Mex flavored chips. Dutch-style flavored bread. European style spas.

Underneath all of our manic political activity, the ugly secret of our disconnection from each other lurks. We are using politics to try to manipulate our people back into alignment, but it doesn’t work. Like flavoring in bread, it is too easily seen through, and the generic industrial product underneath revealed.

Manifesto for a European Renaissance by Alain de Benoist and Charles Champetier | The Breakup of the USA: Could it Happen? Indeed