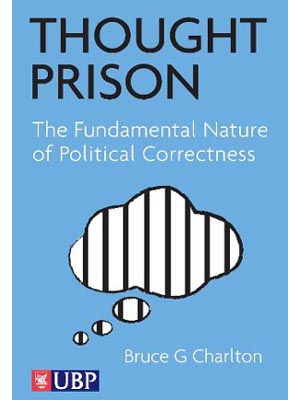 Bruce Charlton writes articulated theories that explain the origins of our modern world before its proximate causes. As such, he is massively subversive to the notion that modernity arose as a logical answer to a problem that actually existed. Charlton knows the theories of modernity inside out, as he came to fully understand them and as such left them behind.

Converting from modern atheistic individualism, he switched to paganism and then modulated into an animistic, pagan version of traditional Catholicism. Rejecting liberalism, he instead praises a dual integrity of radical traditionalism and a a romantic longing for epic adventure as expressed in Tolkien, including a precursor to mythic imagination which ties in with his conception of the animistic origins of Christianity.

As much a post-modern thinker as he is an ancient one, Charlton provides some of the only critique of modernity to suggest a way past this debacle. His newest book, Thought Prison: The Fundamental Nature of Political Correctness, comes out today in the UK and will be shortly available for colonials and antipodeans at online retailers. You may recognize him from his blog, Bruce Charlton’s Miscellany, which is frequently cited around these parts.

Your Freedom | The little guy, tyrant