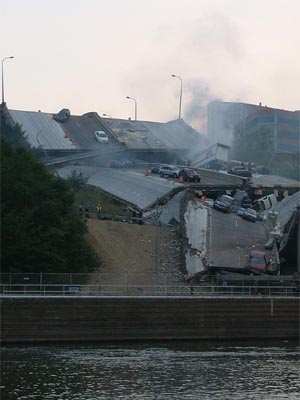 The former view, shared by anyone on the leftist spectrum from anarchist through moderate Democrat all the way to die-hard Communist, sees the individual as always being the victim. The individual is blameless; the problem lies, instead, with these institutions (which paradoxically are composed of individuals).

On the other hand, the view shared by all conservatives from moderate Republicans through Traditionalists is that each individual faces a series of “moral” (e.g. based in consequences) decisions and the failure of most people to get very many of those right creates an unstable and corrupt society.

If we adopt the former view, we are forever watching for an external enemy. Dictators happen to us, not by our hand. Corruption, crime and social decay are more like the flu than the result of our own actions. And we should forever be vigilant for a chance to stick it to the big guy.

It all started over the weekend, when Victoria Liss was tending bar at Bimboâ€™s Cantina in Capitol Hill and a customer stiffed her on her tip. He also insulted her by scrawling this note on the receipt:

That prompted the outspoken Liss to post a picture of the receipt on her Facebook page. She posted the customerâ€™s name, Andrew Meyer. Soon, an enraged mob was scouring the Internet for the man Liss called â€œyuppie scum,â€ and a picture and Facebook page was found, posted and reposted. – Seattle Post-Intelligencer

Stop right there. The narrative that ten thousand movies and books have programmed into your head is that this bartender is the victim.

However, we’ve only heard one side of the story and some of the facts.

Despite his atrocious spelling, it’s not clear whether he did anything wrong. We know nothing of the quality of her service. Does she deserve a tip automatically even if the service was bad?

Did she say anything cruel or stupid to him? How was their interaction? If a lonely guy wanders into a bar, gets snubbed and scorned by a bartender, especially if she calls him fat, his response is entirely understandable.

And then, the unraveling:

Except there was one problem. It was the wrong Andrew Meyer.

On Monday, Liss posted an apology.

â€œI need glasses, I put up the picture of the wrong guy,â€ she wrote. â€œIâ€™m a douche for that. SO SORRY. Blinded by rage.â€

Her excuse is that she was “blinded by rage,” which implies that the rage was justified. Still, we don’t know — no one has asked the questions asked above. And if she behaved like a “douche” on the night before he “stiffed” her for the tip, maybe he was always the victim in this case.

But the Crowd likes to think that no individual can be wrong and so they always side with the underdog and the little guy. A bartender is always weaker than his customers, because they’re the ones with the money, goes the narrative. Yet even that isn’t necessarily so. A quiet person can be very humiliated in that situation.

We are told we need to consider the little guy more, and to give the 99% all of our money, but we don’t actually know that these people are competent at…anything. In fact, having seen the people at these protests, we can say they fall into two types:

The mentality of the Occupy Wall Street protesters and the vindictive bartender are the same.

The motivations of American Democrats and 1917 Russian Communists are the same.

The outlook of bomb-throwing 1930s anarchists and limousine liberal “progressives” are the same.

Their goal is equality through wealth redistribution. Assume the little guy is a moral Jesus, and therefore (magically) the big guy is evil, and take that wealth and spread it around. Spread the power around too.

Never mind that like this vindictive bartender, the little guy is incompetent (that’s why he’s a little guy; he has found nothing truly constructive to do) and as a result, will become a far worse dictator.

As incompetent social policies fail, dictators increase their demands for obedience to the dogma that caused those problems. They must maintain control. This resembles our own manic cleaving to failed programs like universal education, multiculturalism, government regulation and entitlement subsidies.

When a leader is unsure of her own abilities, she tends to act like a Stalin or Mao and first lock down control and remove the ability of others to criticize her. Only when that is accomplished does she worry about whether the Army has the right caliber bullets.

The little guy is in fact a worse dictator than any Pol Pot, Hitler or Genghis Khan could ever be.

The little guy acts on impulse, and when he sees a bartender complaining, gets on his white knight horse and attacks the other person, without even considering that there are two sides to the story.

The little guy demands unrealistic things in total ignorance of biology, economics, logic and even chemistry, and punishes those who remind him that his plan is impossible.

The little guy ignores problems that are socially unacceptable, while continuing to beat the dead horse of his own ideology.

Luckily for him, the little guy is also an invisible dictator. When we think of power, we think of one Voldemort-type character ruling from a throne, not an army of thuggish food service employees, their unions, and millions of useful idiots taking out their dissatisfaction with life on the rest of us.

Worst of all, the little guy takes up all of our political time and energy with his drama, while real problems get passed on by.

Whether your service is good or bad, some San Francisco restaurant workers want to implement a 25% standard tip onto your bill for you, according to an article in the Contra Costa Times.

Is this fair? Some in the food industry say â€œyes, itâ€™s about time.â€ However, many â€œfoodiesâ€ are not as happy with the idea. According to the Times, for the most part, people, on average tip between 15% â€“ 20% and the restaurant worker actually has to claim 15% with the IRS.

Those opposed to the increase noted in the article that â€œthe whole purpose of a tip is to reward service.â€ – CBS

This is the little guy as dictator at work. The underdog feels that he is always the victim, so he wants a mandatory payment. This way, it doesn’t matter whether he’s competent or not. Since he’s the little guy because he’s not particularly competent at life, this benefits him.

Unfortunately, it also provides him a disincentive to perform. In addition, he will retain his status as underdog victim and so will viciously attack anyone who criticizes him. He thinks that, like government workers and people on welfare, he has finally found a way to live on easy street.

Except that only a total moron would endorse such a plan. Total morons cannot think to the moral value (measured in consequences in the long-term) of their actions. They cannot visualize the actual chain of events: service will decline, people will eat out less to avoid the hostile environment, and thousands of do-nothings will become waiters, dividing into even thinner slices an already thinned-out pie.

The little guy is incompetent, oblivious and often cruel. As a dictator, he wants only to be obeyed without question. If someone did not leave a tip, that person is guilty — no trial or even considering the facts needed. Burn that witch, drown that sinner, lynch that heretic. For equality!

While all of our Hollywood movies, Washington speeches and Brussels commandments tell us to push further down the obviously failing path of universal equality and the entitlement state (in order “fight inequality” and “smash fascism”), we should ask ourselves:

Do we want a dictator? Especially one we cannot dethrone? And one that has shown, throughout history, a predilection for bloodshed, cruelty, injustice and worst of all, a tendency to enact vindictive rage against those who are not incompetent?

The choice lies before us. We have been acting out the political drama of 1789 over and over again, with little guy underdog against the big guys, and it hasn’t worked for us. Maybe instead of enshrining incompetents as dictators, we should simply find competent leadership instead.

Thought Prison: The Fundamental Nature of Political Correctness by Bruce Charlton | White Girl Bleed a Lot: The Return of Race Riots to America by Colin Flaherty