The Global Brain by Peter Russell 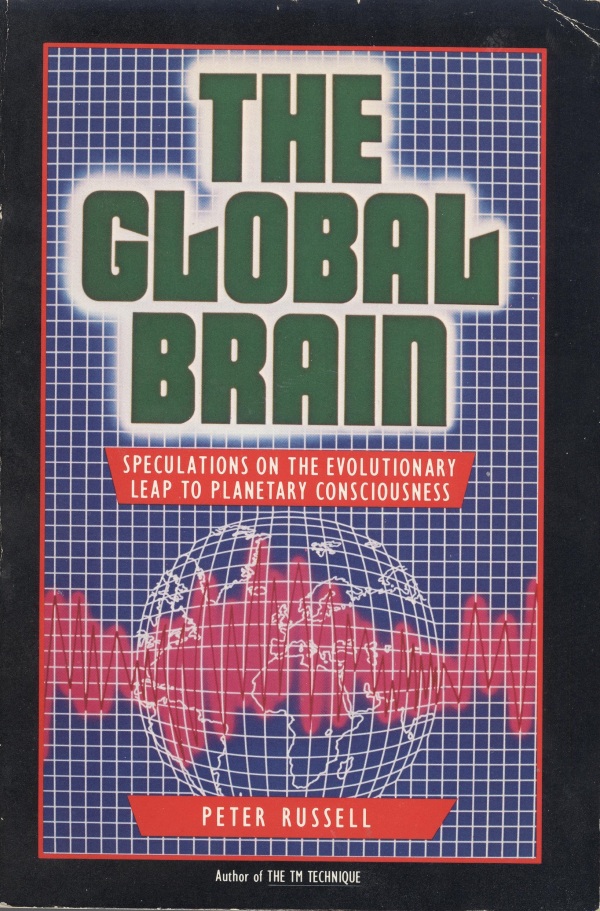 Between extreme liberalism and the far right there is a tenuous connection in secular pantheistic beliefs about the nature of earth being one large organic computer, in which we are processor/memory chips and network for the purposes of larger communications made more apparent by our use of technology to link together.

Since many of of us growing up in this politically-effete time twitch at the mention of “Gaia” and “planetary consciousness,” it is worth noting here that these concepts are handled with wide-eyed liberal hope tempered by a good editor until the waning moments of the book, when the need for page count outweighs the need for coherence. Russell walks his readers through summaries of the major theory about global consciousness, then provides some proofs in the forms of figures and charts and citations of mainstream sources for his beliefs, then launches into a final explication which is where he becomes starry-eyed toward the end.

Regardless of this, and the age of this book at the time of this writing, it is a useful guide toward what unifies the theories of both ancient and future time, and creates a flexible starting position for anyone wishing to look outside the dominant “Western” (Judeo-Christian industrialist) concept of linear causality and absolute moral independence of the individual, although these positions are never articulated as such by the book. Well-written and of energetic pacing, this book is a pleasant read with something new around every corner, even if the overall plot is known.

Chaos and Order: Complex Dynamics in Literature and Science edited by N. Katherine Hayles | Witless crowd empowers its own devils