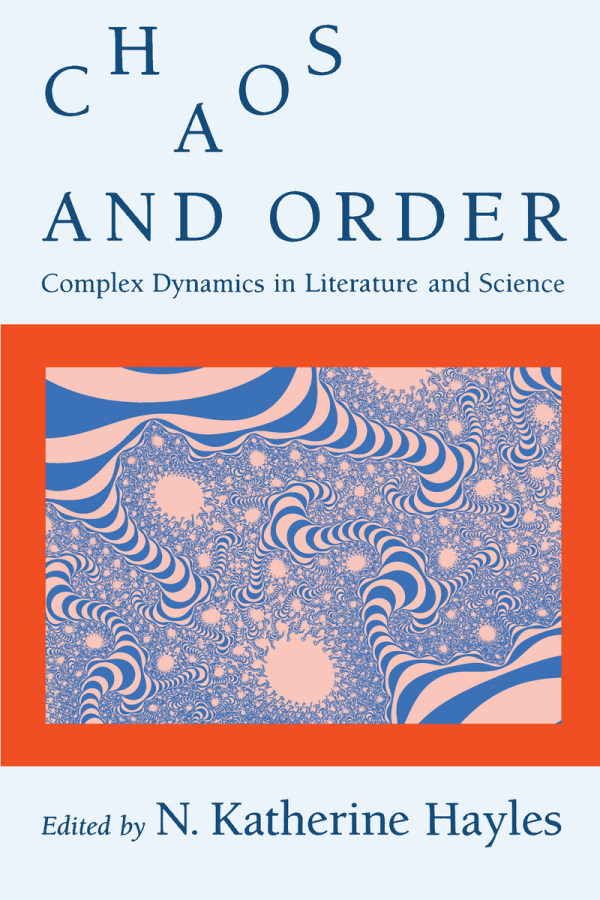 This volume of essays tied together by an introductory contribution by its editor displays an early attempt by the postmodern camp to attempt to find a sensible intellectual structure to the diverse, bizarre, and often incoherent tenets of chaos theory. It does so through a multidisciplinary approach which results in a metaphorical understanding which expands the underlying science into the edges of practicality.

Essays in Chaos and Order: Complex Dynamics in Literature and Science attempts to link representations of natural order in literature with philosophical concepts gestured to by aspects of the new found discipline of chaos science, chasing through fractal patterns and scatter diagrams to find common threads which exemplify the beginnings of a new idealism. What emerges is a group of people attempting to find structure outside of the modernist (Judeo-Christian industrialist) symbolism that constrains our thoughts at the initial levels of our processing, forcing us to react to taboo and/or praise necessary egalitarian principles; this quest for reason is met with problems as the authors, like most in this field, attempt to use the iconographic principles of the modernist era to prove their points.

This approach works – up until the final stage of analysis – at which point no larger abstractions can be drawn, and the entire work collapses in the mumbling incoherence of an intriguing conversation heard through a crowd: fragments of brilliance and the most mundane conclusion of all, a lack of cohesion enough to produce some finite conclusions. Academia after all functions by applying known theory to new ideas, which both expands theory and forces new ideas into variations on older formats. This approach is both conservative, working from archetypes, and liberal, or making speculative conjectures a basis for future theory.

As a book of essays, Chaos and Order: Complex Dynamics in Literature and Science demonstrates great internal variation and some essays rise above the rest. The book as a whole strikes a balance between intriguing topics and social affirmations which in the end tips toward indecision, but does so in a way that connects (linguistically, conceptually) chaos theory to other disciplines. The result is masterfully written by people who enjoy both the process of writing and academic study, and highlights emerging ideas and language constructions which will be a large part of defining future scholarship.