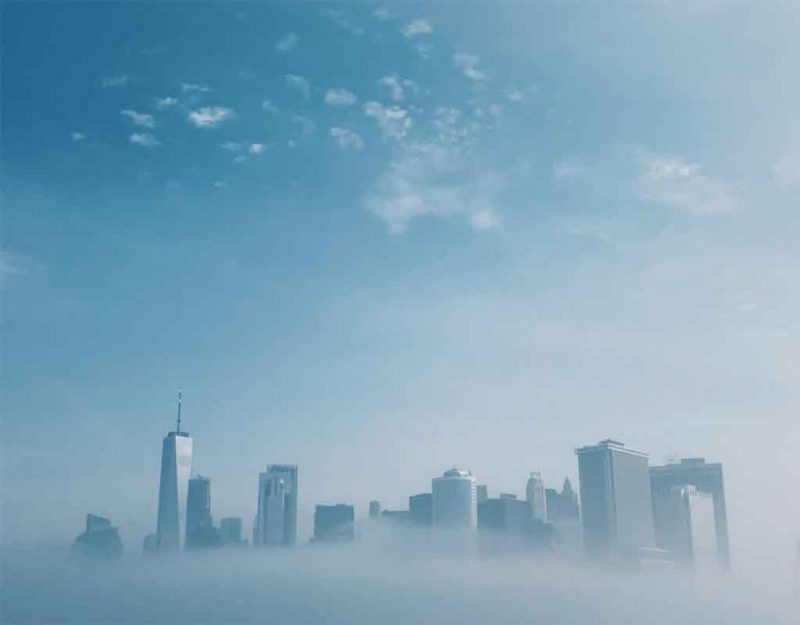 This was the mantra that guided Average Joe’s everyday life. And he was comforted by the repetitiveness of his days, because there were never any surprises, never any hiccups to his day, for he always knew that the next day would come and he would eat and sleep and go to work and well, repeat! Eternally, blissfully content of his rut, Average Joe carried on eating and sleeping going to work and repeating. Until one day.

“What do you mean stay home?” Joe fussed over the telephone.

“Because of the storm dear Joe, a dreadful storm is over the city, it is unsafe for you to leave your house.” The Bossman said, “Don’t you watch the news?”

But Joe did not watch the news, because it threatened to puncture his safety bubble, for it called forth one to act, because how could one sit idly by and watch as things happened in the world, bigger things than his little cycle of eating and sleeping and working, “But then what am I supposed to do?”

“Take the day off, do whatever you please!” He said and hung up with a decisive click.

Do whatever he pleased?! How atrocious! The very thought left Joe sick to his stomach and even worse he had no choice but to break his cycle. Joe’s sickness did not go away all day, no matter how hard he tried to distract himself. His upset stomach grew worse and worse, even after he had emptied his stomach into the sink, even after he had taken medication, it was still there, forever lingering. In the afternoon, once the storm had subsided, Joe decided there was one way to take his mind off this vertigo and so he went to visit a bar.

He found himself at the local pub with the assurance that all his woes would disappear in a bottle of alcohol. However, he found something much more potent that instantly drove away his sick feeling and made him forget about his daily mantra.

Standing before the bar was a beautiful bar maiden with golden curls and bright blue eyes. She wore a winning smile and it melted away the troubles of the outside world. As the door shut behind him, so too was his vertigo shut out of his mind. He approached the bar and smiled at her. But how was he, an Average Joe to win this fair maiden’s affection?

Two beers were enough to germinate his confidence and he began to talk to her. It was steady going, but he had nothing of interest in his own life to tell about. He regretted not having a more interesting life now, like Chad, his co-worker, who would always be boasting of his travels in planes and helicopters, of his adventures by sea in boats and even over land by skiing and snowboarding. So he steered the conversation toward her.

“So, what do you do outside of work?”

“I search,” She said after some thought, “Sometimes I find it in the words of Shakespeare. Other times I find it between the notes of Beethoven, in the beautiful music of Bach and Vivaldi. I find it mixed in with the brushstrokes of Michelangelo, I see it in the old monuments, in sculptors and in nature.”

“You’ve recited a riddle for me, but with all the hints I still cannot figure out what ‘it’ is.”

“Why beauty of course, the reason for life, for living, for without it, what else is there?”

But above all else she said that she loved taking a new adventure every day. Naturally, Joe asked whatever did she mean and she explained that every day after work or on weekends, she would attempt to explore a different part of the city, to have a mini adventure like of those she read of in books or saw on the tele. Always ready and excited to discover something new within the city.

Joe could not understand this desire to adventure every day and instead told her of his mantra. Eat, sleep, go to work and repeat, free from discomfort, free from risks, or disillusionment or sadness or surprise, it was perfectly predictable and so one could be content of its predictability. But she had the exact opposite view, she told him that it sounds like a rather dull life, for without risk and discomfort and disillusionment, then what else was there? If there were no suffering and sadness then how could you, by comparison, have happiness and joy? Where was the elation, where was the adventure, the thrill of life and of living?

But Joe had no answers, instead he said that he did not understand these things, that comfort seemed better than a life of both ups and downs. But she said, a flat line on an EKG means you’re dead, and so too your life sounds dead, devoid of all real meaning, why don’t I show you, all what you are missing.

“For it is this that I feel passionate about, your world is pledged in monochrome, dull shades of grey, but perhaps I can add colour to your life, but you have to let me.”

“I am afraid,” Joe admitted, “But above all else I wish to understand things through your eyes.”

“I will do my best to save you from your eternal marching, left right left, steadily approaching your doom. You can’t even discern the drums anymore, it has synced with the beating of your heart. I will pull you from the ranks, the drums will no longer dictate your life, you will learn freedom and passion and beauty and living.”

And her words excited Joe. Thus, a friendship was formed between Joe and the barmaid, and they went on adventures, solely on weekends at first, but as Joe came into contact with new things that both excited and frightened him, he began to question his mantra, to wonder if there was more to it than just eating and sleeping and going to work and repeating. And as they spent more and more time together and he fell in love with her and her way of life, now his old life seemed rather dull and depressing, but it was counterbalanced with his moments of her and therefore tolerable. But no longer was he swayed by the eternal cycle of things, the repetitiveness of his days was no longer his driving force, but rather the differences in each day and the anticipation of something in the next day drove him forward. No longer was he affected by the boastings of Chad, for he knew adventures and what was more, he had someone to share them with. And now more than ever he yearned for those days off, so that the adventure may last all the more longer.

But there was another side to this story, the one of business and profits and earnings. And Joe was becoming  less efficient and productive, and more leisurely and happy and carefree. He was no longer their servant, but a free man, and this would not do in the eyes of the business, something had to be done about Joe. But now that he had a taste of the light he would never wish to be in the dark, so they had no choice, but to take the light away from him. And his light was her, and his everything was her, and without it he would only have the eternal cycle, and once more he would learn to eat and sleep and work and repeat, infinitely marching to the beat of their drums, until such time as they have no use for them, and the drums will stop, and the marching will too.

Levels of Leftist Power | Letter To A Journalist