Why They Kill by Richard Rhodes 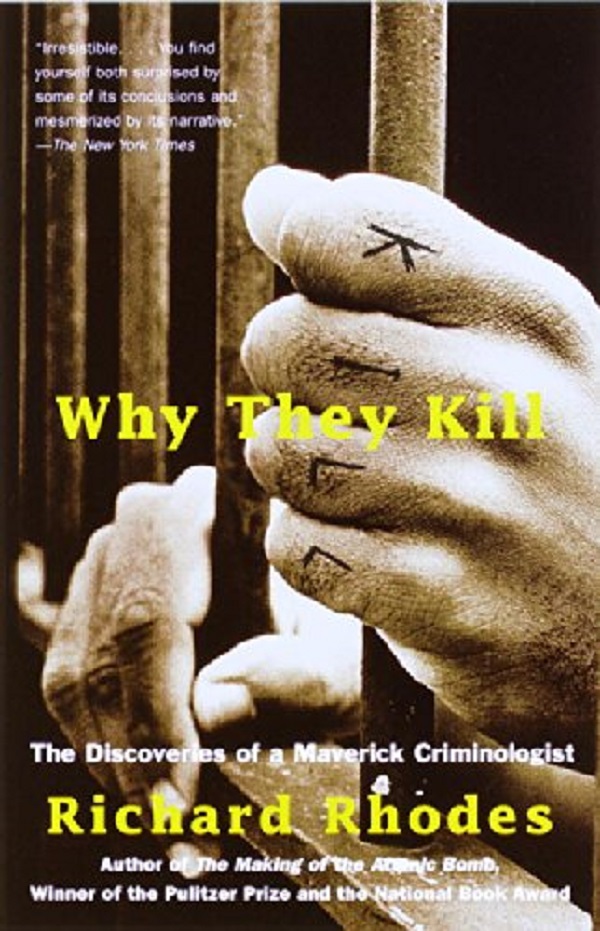 In this lengthy tome of the sort of journalism that bridges scientific topics with their social counterparts, Rhodes – a Pulitzer prize-winning journalist – investigates the roots of violence in its perpetrators.

He does so entirely in the context of the work of Lonnie Athens, a maverick criminologist, but in the process carefully recreates a century of sociological analysis slowly evolving to the point where Athens’ work has relevance. In short, the theory is thus: people model their prediction of the world based on what they have seen, so if they observe violence or sadism as youths, they understand this as the currency of power which they will have to enact in order to maintain sense of self, because they – like all humans – are externally socialized.

What’s a shame about this book is that Rhodes shies away from the controversial topics of designing a more intelligent socialization, and instead burns pages with more detailed explication of a theory that, in its outline form, is appealingly commonsense, but in presentation relies heavily on the Judeo-Christian idea that some overarching symbolism must unite all of its parts. Life isn’t so handily human-centric.

So while this is an exciting revelation of the study of the culture of violence for its first 150 pages, and while it does a brilliant job of bringing out the personalities and motivations of the scientists involved (most of whom were witnesses to intense violence as youngsters), it falls flat in its desire to conform to the weaseling trends of justification and morality. However, for its first two-thirds, this book is a necessary read for anyone curious about self-image and violence.