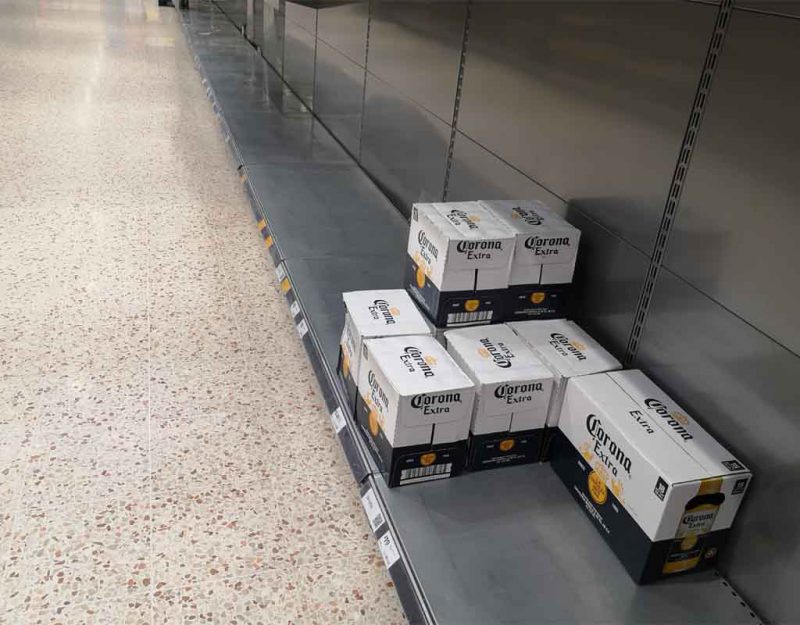 Historical Note: In 1348, a great mind of the Florentine Renaissance, Giovanni Boccaccio, got to live The Black Death first hand. He survived and the muse sang to him dark music. So much so that he composed a work of short stories that were told over ten days while a fictional group of survivors self-quarrantined to avoid Boubonic Plague. While I’m on exile from my office, I’ll see if I can pound out some stories of my own in honor of the scholar and survivor who, along with Geoffrey Chaucer, helped make the short story collection a staple of fictional literature.

The manchild rode up Fred Mansfern’s driveway on a ten-speed bicycle. His helmet clashed somehow with his shirt and biker shorts. The pack on his back was yet another nice faggot touch. Mansfern has been doing about the only thing left to him to restore a sense of equipoise. He’d weeded the better part of his sidewalk garden in front of his house and was in the climactic throes of getting his garden tool under the taproot of a determined invasive dandelion that had somehow shot up through a gap between his sidewalk and the metal barrier the contractor had installed with his initial shrubs and plants that came with the house.

“Excuse me!” Shouted the manchild on the bike. “You’re Fred Mansfern?”

Mansfern felt the instant antipathy he felt when a person half-stated and half-asked something. Either you knew something and felt like bragging or you didn’t and you needed to inquire. He viewed it less than auspicious for someone to address him as if confused over whether they knew or needed to. “Who’s asking?” He replied with an implicit command for Biker-Boy to get on with his show.

“I’m with The Law Firm of Bickerstaff, Fanning, and Kuchley. These are your papers from a Mr. Cleon DeWitt.” He preemptively placed a thick envelope in Mansfern’s hands. “Congratulations! You’ve been served.” Manchild twerped triumphantly. He was already mounting to rapidly speed off as a stunned and angry Manfern asked the only thing he could get his mind around. “Who the hell is Cleon DeWitt?”

Mansfern muttered imprecations as he picked up his garden tools and cleaned up his weeds a little more vigorously than the job intended. His weeding, like just about every aspect of his daily routine had now been put on intrusive and unwanted hold. Mansfern was nothing without the sane rationality of his routines.

Like the rudiments of a talented drummer, they gave a backing rhythm to his life and kept him organized and in step. He was up at 4:15, in his sweats and on the driveway by 4:30. He got back from trotting a few of the cul-de-sacs at 5:15. Like clockwork, the oatmeal was down his gullet, he had cleaned, gotten dressed, and performed the daily ablutions by 6:45.

This was where current events had taken the needle off the soundtrack album of his daily life. That commute no longer started at 6:45 because he had no place to be at 7:30. He was on temporary leave, for first one week, then a second. Now the honchos couldn’t “tell him precisely” when he would be back. He worked commission. No office meant no sales, no sales meant no income. No money meant he wasn’t exactly popular with the wife and kids anymore. These, however, were not his back-breaker problems.

Not too many people in Brandon, Kentucky had succumbed to Wuhan Wipeout as a Morning FM Shock-Jock had recently gotten canned for calling the Coronavirus. He dear mother, Leta Mansfern, had been case number two. Her constitution was fairly hardy for a woman of sixty-eight, so she had been fatality number four. He had been out pulling weeds to spend thirty minutes not arranging her funeral or dispensing the meager contents of her petite estate.

She had probably only partially died of the malady itself. Putting the entire Brandon and Knightlyville Unified School District on unplanned vacation for a couple of weeks went with the usual caveat: What could go wrong?

Apparently lockdown meant a different thing to one group of socially non-distancing, punks from the nearby Scarborough Fairs Housing Project. These guys had scoped a few nearby subdivisions and had intended to boost a few appliances when opportunity knocked. If opportunity wasn’t more abroad than normal during the panic, boredom had perhaps kicked the door in.

Led by a particularly depressing specimen of underdeveloped humanity named Lartavius Mertens, these five gibbering psuedo-sapients had kicked in mom’s door and had invaded her self-imposed fourteen-day quarentine. They stole a lot of junk because that was primarily what she had around her space in the duplex. The good stuff, such that it was, lay hidden in rent-a-storage, and wasn’t boosted.

However, Leta Mansfern had what little spirit she had going for her stolen from her. The creeps had spent the better part of two hours threatening to “nut all up in her” if she gave them any trouble. She deliberately coughed in their general direction as she tried not to have a hypertension attack. They had smashed up her phone so she couldn’t hit 9-1-1. It wasn’t like the cop shop would’ve sent the armored cav for a self-announced Covid 19 quarrantine.

The idiots left the house with whatever they decided to toss in the loot sacks and a nice, microscopic parting gift. They also left behind enough genetic material to easily identify the retrograde eugenics at work at this crime scene. It had taken an additional twenty-four hours for Crime Scene to figure out a safe way to harvest and store the evidence. That was a wrinkle no one in the SVU had written in one of the SOPs. Bad cop. No doughnut.

Lartavius and his merry men were not so happy by the next Tuesday when two of the five were sneezing and all five were in isolation awaiting arraignment because they were sick and couldn’t be cut loose. All the non-sick perps not suspected of a felony were freed to prevent a horde of unintelligent human beings from being penned in confinement during a pandemic. Even Sheriff Earnest P. Coltrane understood that much microbiology.

DeWitt wasn’t the brightest bulb in the fluorescent fixture. He’d eat morsels the prisoners didn’t finish because he was no more disciplined about his food intake then he was in his career planning and choice of associates. One of Lartarvius’ sneezy sidekicks noticed this about him and hawked a nice goob of a loogie on a half-eaten cheeseburger. DeWitt, bless his muddled little head, took a bite. Maybe he didn’t like the fancy mayo. He didn’t finish. Then again, only his partial participation had been necessary for him to win the prize.

Meanwhile, Leta was going from bad to worse on a painful, slow ride down in the bucket. Fred was insructed to take her around to a special entrance at The Mercy Hospital ER. The caretakers were dressed in the bug-resistant outfits like the guys in the Richard Preston Novel Hot Zone. Mansfern was advised to voluntarily self-quarentine.

After 14 days in isolation from the world, Mansfern tested negative and got to hear the news that his mom was still alive but on lots of special gear. She had a living will that she had been too delirious to knowingly reaffirm, so the doctors and nurses at Mercy had her hooked up against her will. Fred talked with his wife, shed his manly tears, and then ordered some honcho doctor to honor Leta Mansfern’s living will. His mother lingered three more painful hours.

She had been a devout Catholic, so a priest with a protective suit had administered last rites as well as pandemic conditions allowed. Soon afterwards, her soul ascended, her body was but a husk, and Mansfern would have to figure out how to memorialize his own in the age of pandemic social distancing. His next three days were lawyers, insurance adjusters, church deacons, and a funeral home contracted to see to her remains, but who had no overarching desire to do the whole embalming and cleaning-up ritual.

After this came a bunch of friends and relatives who felt awful for him, but just weren’t sure about paying him a visit. He was out weeding the sidewalk and wondering if a prayer to The Sweet Meteor of Death was a sin merely venal, or decidedly mortal. Instead of Lucifer’s Hammer, he’d gotten the grub on a ten-speed. Oh, and a letter from poor, put-upon Cleon DeWitt.

The letter belonged in some future civics course about how democracy would yea, verily die in its own condign garbage fire. While serving meals in Hammersmith Correctional Facility, DeWitt had met Lartavius Mertens, as well as four other gentlemen with names worthy of a cheesy alien species from bad Pulp Sci-Fi. All had tested positive for Covid 19. They had apparently given DeWitt all that his accomplishments in life had truly entitled him to. He had been in iso for two weeks, and had accrued medical debts beyond his humble and meager means.

The only sick local capable of paying for the Good and Upstanding Mr. DeWitt’s medical bills that had been anywhere in the same chain of infection as Mr. DeWitt was now free of the terrestrial vale of tears. Ergo, the malignant lawyer-sharks were now after the poor, dumb bastard juggling the recently deceased lady’s estate. The letter conveniently skipped over the entire part about breaking and entering. No mention was made that Leta Mansferd had voluntarily isolated herself rather than inviting Lartavius and his poor, bored cohorts over for cookies and tea.

Giving every partner in the illustrious law firm that was Bickerstaff, Fanning, and Kuchley a battery-acid enema was almost, but not quite, suitably vindictive. Mansfern was initially aghast that actual adult law school graduates even took cases like this. It must have something to do with their student loan balances.

Fred Mansfern then had the best laugh he had enjoyed in three or more weeks. It was that, or much less palatable alternatives. People like Unabomber and Anders Brevik made a certain, demented sense now that he had actually read this letter. The Cleon DeWitts of the world not only survive COVID-19, they then contrive to sue other people who had nothing intentional to do with his demise because the targets, unlike Cleon, are actually productive and useful enough to pay the bills for his medical care.

He knew a guy who was pretty decent and humane in spite of his ability as an attorney. He was the sort that could make this vanish from his life after ten minutes in front of a competent judge. Caleb Morrison would be worth paying $400 to just to make this entire goddam circus actually leave town. The only downside was that it would pitch new tents in another place and then another. Bickerstaff, Fanning, and Kuchley would just find other suckers to scare with the officially official legal letterhead.

Mansfern may or may not ever sell another billiard table or rec-room amusement center in the State of Kentucky. At present, he was just too damn sad and exhausted. Getting served by that little prick on the ten-speed bicycle was just the last straw. Somehow it seemed to not quite matter as much anymore. If he’d just lost his dear old mom to a horrible illness, he’d be more ready to go on. It was just the rest of it that just came off as wrong. It was all wrong in a way that wouldn’t ever come right again. Life would go on after Fred Mansfern’s brush with Coronavirus. It would just suck more as thought just that much less of his fellow survivors.