Platform Denial and the Spirit of Free Speech 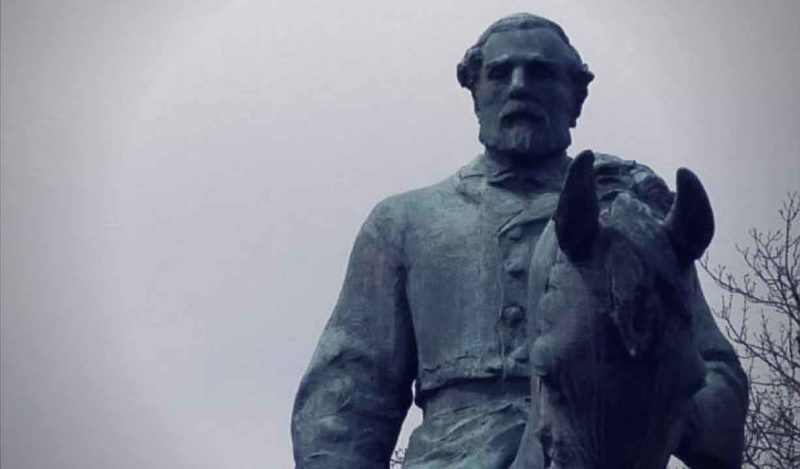 Unless youâ€™ve been living in a cave for the past three days youâ€™ve seen at least some of the fiasco that was the Unite the Right rally in Charlottesville.

Over the past few weeks people on the political right, both Alt Right and Alt Lite have been denied services or had accounts cancelled and videos demonetized on YouTube, Patreon, AirBnB, Uber, and other platforms. There are alternative tech solutions to this in the works. Pax Dickinson is working on Counter.fund, Hatreon just opened though is still invite only, and content creators are looking for a viable alternative to YouTube though Vid.me doesnâ€™t seem to be it. Perhaps Minds will end up being the rights go to video service to get content in front of fans.

This finally culminated in the city of Charlottesvilleâ€™s cowardly little bitch of a mayor trying to pull the Unite the Right permit for Lee Park on August 12th, but the permit to assemble was granted by a judge ruling there was no valid reason to deny Richard Spencer and his co-organizers their permit. The very inspiring tiki-torch march the night before seemed to indicate that the right had won the battle if not the war. We should have known the cowards at antifa wouldnâ€™t simply do nothing. There were people in the local community posting signs in their windows indicating they wouldnâ€™t serve the protesters, AirBnB began cancelling accounts of people going to Charlottesville. Liberals love civil rights laws when they apply to Christians being forced to bake gay wedding cakes, but yea not so much when it comes to serving food to people they donâ€™t like. I detect a civil rights law suit in the making for those businesses. After all the concept of the 1964 Civil Rights act is based on the notion that the government has the right to regulate interstate commerce and itâ€™s clear that many of the people at the rally traveled across state lines.

The day of the rally turned into a shit show pretty quickly. The police, it is unclear if they were local, state, or national guardsmen, were acting as an arm of the impotent and humiliated city government. If the right had the right to organize the city would turn it into a Berkeley-esque riot. Chaos ensued. Many of these peaceful protesters were maced by their own government for lawfully assembling. Some were rounded up in the direction of the weaklings from antifa (who are claiming they had a great victory when in fact it was the cops who did the dirty work, while the skinny-jeans-wearing trans-negro demi-queers from antifa cheered them on).

This brings me to the heart of my argument, today free speech no longer hinges on the government telling people it cannot say certain words. Earlier this year the Supreme Court affirmed that â€œhate speechâ€ that boogyman of inferior minds is protected speech. Rather, whatâ€™s happened is that the concept of â€œcorporate social responsibilityâ€ a buzzword for social justice taught in business schools across the US, has been used to deplatform and deny the right the opportunity to participate in the arena of ideas simply because they control the medium, or media, through which the message must travel.

Technology has put the spirit of the First Amendment in a difficult position. Pedants all over the internet will tell you that censorship is only censorship when the government does it, private companies can censor all they want. They can refuse to do business with an individual.

These idiots seem to forget that the premise behind Obamacare is that the government can make you do business with people you donâ€™t want to. That is, the consumer must engage in commerce with an insurance company and the insurance company cannot deny anyone coverage due to pre-existing conditions. They also seem to fail to understand that there are more censors in the world than just the government. A â€œTrust and Safety Councilâ€ is a censorious organization whether it comes from the government or not.

But responds the tiny brain, companies have the right to set their own terms of service!

No they donâ€™t. A company cannot set as a term of service that it doesnâ€™t want to feed black people sandwiches. It cannot deny service to people it doesnâ€™t like for whatever reason. You cannot hang out a sign that says â€œNo Jewsâ€ â€œNo Muslimsâ€ â€œNo gaysâ€ and not feel the wrath of the state and federal governmentâ€™s anti-discrimination laws. So why then should people who peacefully assembled be denied the services of people who are in business?

There is no valid religious argument for denying someone a public permit, a bed at your AirBnB, a ride in your Uber, or the right to eat lunch at your diner because you donâ€™t like what they stand for.

The left seems to really want to put it to private companies when it comes to forcing those companies to do things they normally would rather not, but when it comes to companies denying the right the same services they do to everyone else, well the liberal is all smug and happy and in favor of free trade. To a liberal civil rights donâ€™t extend to people they donâ€™t like or who hold â€œhatefulâ€ views, whatever those are and of course who knows who gets to deem views hateful in the first place.

So maybe itâ€™s time to reexamine civil rights law. All Iâ€™m asking for is consistency. Either a company is in business for everyone or it is in business for no one, religious exceptions from above may be the exception. Maybe this means expanding the 1964 Civil Rights Act to include political ideologies. That is, you canâ€™t discriminate against someone because you donâ€™t like who they vote for or what their position on immigration is. There is a more radical and perhaps simpler solution to this problem though.

It is time to consider extending the protection of the First Amendment to the internet and internet based businesses. Declare the internet itself, and anyone using it to do business especially including social media companies who are frankly in some cases de facto monopolies, a public utility. There is no grounds for denying anyone the right to running water, electricity, gas, or a phone because the provider disapproves of the customerâ€™s views. The same should be true of all these companies aligning against the right.

Platform denial is the free speech issue of the Twenty First century. Itâ€™s time the law evolved to keep up with the discrimination faced by those with views not held by Silicon Valley.