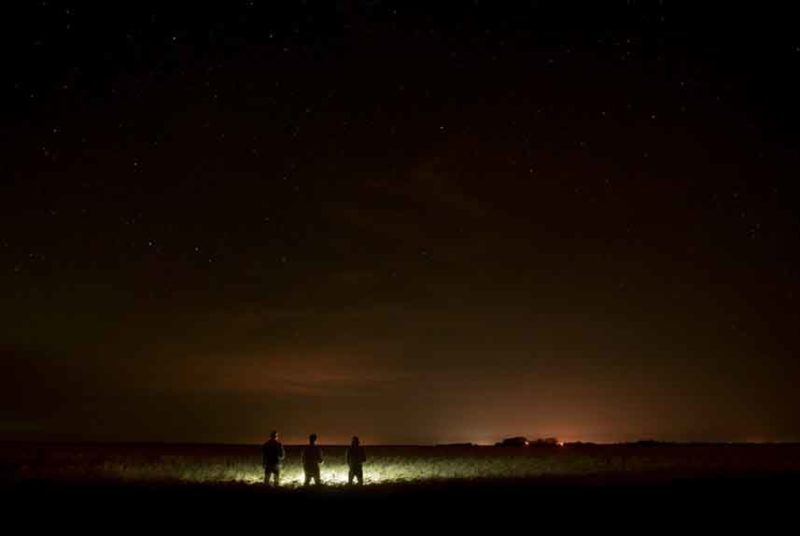 When I was a kid my family lived on a small farm just south of Intercity 25 that cut across the dry land outside Shellton City, on the warm southern continent of Gagarinâ€™s World. Outside the jungle belt the land was good to farm, and we grew dryland crops. We did okay.

The number 25 has had meaning for me my whole life through, not that Iâ€™ve ever understood its cosmic significance, or if there is one. Itâ€™s just there, following me all my days. My dad used to tell me not to go north of 25, that was no-manâ€™s land, and crossing the highway was dangerous. A long blacktop as far as the eye could see both ways, commuters went through faster than short legs could get from one side to the other. One time I crossed over, wandered in the reaped fields over that side, and it was like forbidden fruit, and oddly enough the price was 25 licks. I didnâ€™t do it again for a long time.

We had 25 vehicles out in the sheds and an overdraft with Colonial Credit PLC that never seemed to dip below twenty-five grand. My alarm was on for 5.25 every morning. By 14 I was a damn good reaper driver and could bring in the einkorn from the back paddock in just under twenty-five minutes–every year, the same figure. I wondered where I would be when I was 25.

Things started to go bad on Gagarinâ€™s when I was a kid. This was before the war, when the wrong sort of government got in. Other colonies out there started looking down their noses at us, like we were the skanky sister of the Great Human Adventure. Maybe they were right. But the capital, New London, was as grand a city as youâ€™d ever want to see, the shipyards were booming on military contracts even before the Sendaaki attack–something many found highly suspicious, as if those responsible for the human military build-up kinda knew something the rest of us didnâ€™t. At street level it was a home like any other, we accepted surveillance as the price of stability.

All this was happening back in the 25th century, of course, those troubled last decades. You just lived through them, they rolled off you as normality. By the time I was an older teen I had self-image to think about, spent 2500 creds on a bush-beater aircar as old as my dad and got into trouble all over the region. Never made it to twenty-five brushes with the law but they did take that many points off my licence. I hit the gym, of course, as one does, I remember my instructor giving me cardio on the stationaries and telling me to just keep the speedo north of twenty-five for an hour as a good place to start.

The number has never quit all my days through. My first apartment was in the block at 25 Lakeshore Drive, a cheap slum with a grand name, for workers at the shipyards where I had my first apprenticeship as a drone controller. I couldnâ€™t help noticing I had 25 mech-units on my roster. I was good at it, and between working out and running construction droids I was gaining an identity.

When the war came they announced the formation of a Marine division on Gagarinâ€™s, and, being young and stupid, I put my hand up. The hardest thing I ever did and I wished a thousand times–not twenty-five–that Iâ€™d had more sense, but I got the hang of it eventually. The unit was arbitrarily allotted the number â€¦ you guessed it, 25th Marine Division. There I was, Private Joel Haddon, with the gold â€˜25â€™ on my shoulder, wearing it like the ironic brand of my life. I was away a long time, I saw action in the festering battles of the Acrasius Sector, I was in the jungles of B-6 for a while. In fact I did two tours, which, including transit time, was a total of 25 months active.

I got email and vids from home, of course, everyone did, but the censors were pretty strict. I knew something was wrong on the farm; dad had been drafted into industrial service, mom and the girls were running the place and hoping agriculture didnâ€™t lose its limited status of â€˜protected occupationâ€™ before the end of things. Money was tough and the government was not helping, which meant all sorts of greasy middle men came out from under rocks with offers of loans. A quick twenty-five grand looked attractive. I told them to resist the impulse as long as they could, but I knew a day would come when they had to take out a loan to cover debts. I couldnâ€™t send home enough to make a difference, and when the war was done my regiment demobilized twenty-five lightyears away, a cost-saving measure on the part of the aligned governments of the Middle Stars. It took me months to get back, I worked any job I could find to raise the price of an economy liner ticket; I held onto the military gratuity, never spent a red cent, the family needed it but by then weâ€™d lost touch.

I got back on my twenty-fifth birthday. The farm was sold, some national combine had it, and the family was in a work shanty outside the capital. Of course, with the end of hostilities all Fleet contracts were cancelled, ships were going into storage at a high-orbital parking zone to await the next call to arms, and floods of ex-servicemen and women were straggling home, looking for work. The economy was in shreds and the black market was booming. Twice I was offered jobs as an arm-twister for the wrong sort, and actually considered taking them–until I discovered the identity of the loanshark who ran my family out of our home and handed it to the big guys. Then I was only interested in payback. I had a word with other veterans, did some favors Iâ€™m not proud of, picked up intel and a decent weapon, and one night paid a visit. How many rounds did I use settling the account? Bet your last credit, it was north of twenty-five.

I might do as many years if they ever catch me; but there are careers for those with the skills out there to be found, and Iâ€™m working a passage to the frontier where new colonies are coming. Itâ€™s the 26th century now, and the date no longer mocks me. I donâ€™t know what Iâ€™ll find but Iâ€™ll bring my family out here if I can win my fortune.

Twenty-five million would be nice; with rejuvenative biotech I have centuries in which to work, scheme and try, but supposing I live to be a thousand, Iâ€™ll never forget that farm I called home, far away on Gagarinâ€™s, by the blacktop they called Route 25.