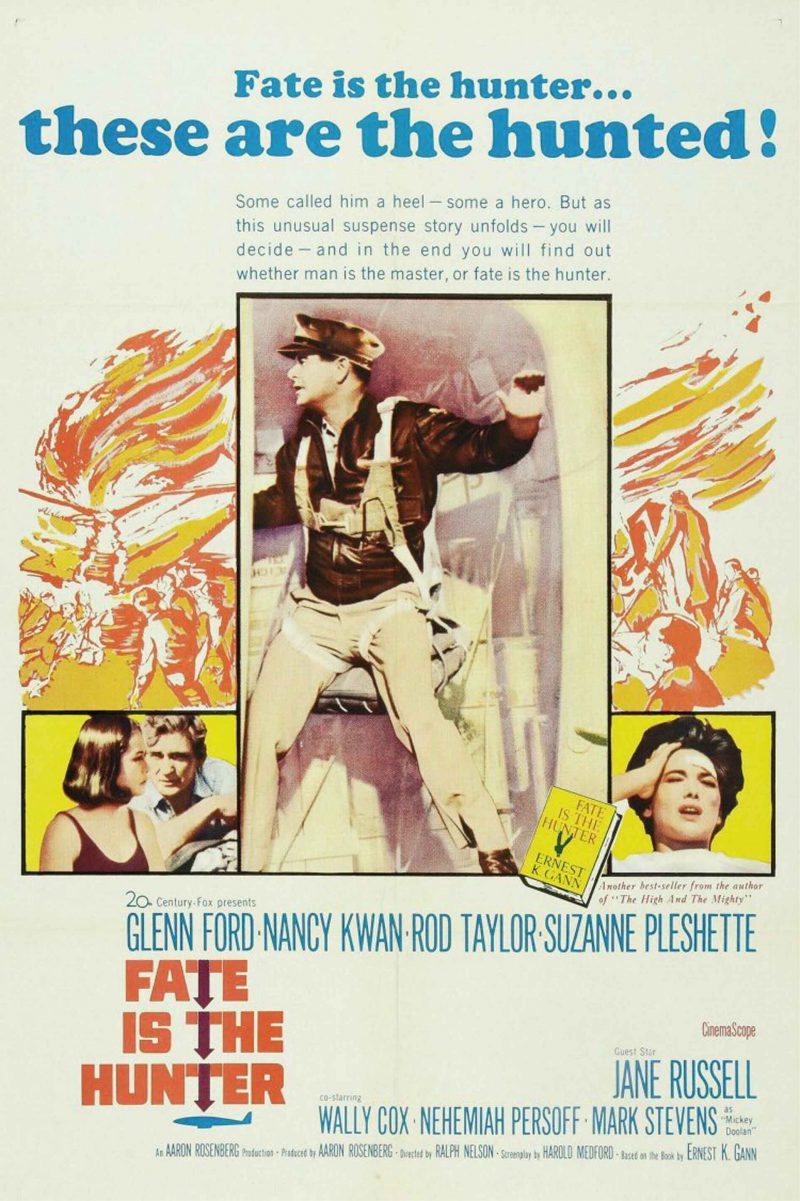 A recent incident caught my eye because of the classic simple glitch it entailed:

Airbus and Rolls-Royce are investigating two incidents in which A350s experienced uncommanded in-flight engine shutdown after drinks were spilled on controls situated on the cockpit centre pedestal.

Airbus is probing the events in co-operation with suppliers Rolls-Royce and Leonardo. A350 operators have been advised that both incidents involved “liquid spillage” on the centre pedestal but the root causes of the in-flight shutdowns are still under investigation.

This reminded me of Fate Is The Hunter (1964) which had a similar theme (spoiler alert):

Pilot Jack Savage (Rod Taylor) is suspected of drinking the night before a flight and causing an airliner crash that leaves only a single survivor, one of the flight attendants. Savage is suspected of being the cause because the investigation rules out sabotage and mechanical failure of the second engine.

His wartime buddy, airline executive Sam C. McBane (Glenn Ford) is convinced of his friend’s innocence and investigates doggedly. His investigation, and his relentless defense of Savage, imperils a possible promotion with the airline. The other airline executive being considered for the promotion is an engineer and is happy to discover the second engine did not fail and that the crash may be a pilot error, the pilot being an old friend of McBane’s and working in McBane’s area of the airline. The airline executives would like to have the pilot blamed to reduce the airline’s liability to the victims’ families.

Much of the movie is spent recreating McBane’s war relationship with Savage and following up on his recent activities to justify his defense of the dead pilot. Pushing his credibility with the airline to the limit, he convinces them to recreate the accident flight in order to prove up his theory that the crash was the result of a combination of unusual events. McBane tracks down Savage’s drinking companion, Mickey, and discovers that Savage was a member of AA and was not drinking alcohol while out with his friend.

During the flight, the flight attendant brings up a cup of coffee to the flight deck, which she remembers the pilot sitting it on the instrument console. Recreating this, they experience the same radio communications failure and see the second engine failure light caused by an instrument panel shortage from the spilled coffee, thus proving the premise of the accident not being pilot error.

Humanity finds itself in a world of hidden dangers. In fact, our whole history has consisted of identifying and addressing them. The worst, like the case described in this film, are the ones where a simple everyday event kicks off an anomalous response invisibly.

Perhaps this serves as a metaphor for Leftism. Erasing social class and enforcing equality seem like such everyday, natural events, and yet they cause your society to crash, with everyone wondering why in the aftermath.

This Impeachment Will Trigger Our Coming Civil War | Furthest Right