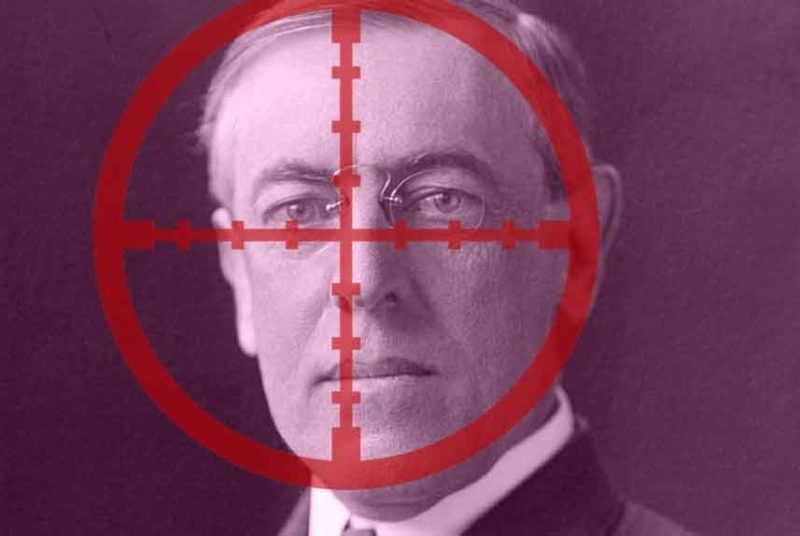 On my first run with the time machine, I took a watch. On my second, I took a gun.

You see, there was someone in my timeline who was so monstrous and vile, whose crimes against humanity were so horrific, that any time traveler would have had a moral obligation to see him dead. He was so evil, in fact, that in my timeline Godwinâ€™s law referred to him instead of Stalin (yes, we had our own version of Godwinâ€™s law. Yes, I know itâ€™s an ironic coincidence. Iâ€™m a time traveler–Iâ€™m used to these sorts of things by now).

How evil was he, exactly? Well, let me put it this way. You know the Armenian Holocaust? The Stalinist Gulag? The Imperial Japanese purges of the east? All of these crimes were dwarfed by the evils that were committed in this manâ€™s name (yes, even the Gulag–in this timeline, at least). He was also responsible for renewing the Great War and plunging the whole world into it. But that is not all. In this war, atomic power was harnessed to create a superweapon–yes, atomic power. It was exactly as horrific as you imagine. Before we put a man in space, we had the capacity to annihilate our entire species.

So you can see why I had a moral obligation to stop this man. It was so blatantly obvious that even our time travel stories had turned it into a clichÃ©.

Before I left, I researched my target carefully. I spent years studying history to determine the best place to eliminate my target before the course of history was locked. Once that was done, I carefully selected the place and time for the hit, down to the very precise minute and the exact location in which he would be. For the instrument of death, I selected a Browning 50 calibre sniper rifle. You arenâ€™t familiar with the weapon since it doesnâ€™t exist in your timeline. All you need to know is that it was more than capable of bringing down a target at a large distance.

The event was an open air parade, my vantage point, an abandoned building some two city blocks away. I arrived in the early morning, and set up for the gruesome deed just as the crowds were starting to gather. With the patience of a man who literally has all the time in the world, I waited for the festivities to begin. And when my target came into view of the cheering crowds, standing in the back of his black Pierce-Arrow, I cocked my weapon and steadied my aim.

Yes, I was the one who assassinated President Wilson in 1916. No, I wasnâ€™t part of some grand conspiracy. Iâ€™ve seen the footage from the parade, and while yes, it clearly shows the shot coming from the opposite direction according to the official reports, the conspiracy theorists make far more of that point than it actually deserves. In any case, long before the investigation knew where to look, Iâ€™d erased any trace that Iâ€™d ever been there.

Why President Wilson, you ask? Was he the man who committed all those awful crimes? No, not exactly. But you must understand, in order to effectively change history, you have to address the systemic underlying causes, not merely the symptomatic effects. Itâ€™s a bit like the dragonfly in that story by Ray Bradbury (though in our timeline, it was a butterfly).

You see, in my timeline, the United States did not remain neutral in the Great War. Yes, I know that we supplied arms and supplies to the allies since practically the beginning of the war. But in my timeline, President Wilson sent a million-man army to Europe in 1917, forcing the Germansâ€™ hand and tipping the war decisively against them. God knows the wheels were already starting to turn by the time I intervened, but with Wilson out of the picture, those plans were put on hold. And when the 1918 flu pandemic struck the world, our problems back home were so severe that military adventurism was completely out of the picture.

How did the Great War end in my timeline? Decisively. The Allies beat the snot out of the Central Powers and brought the Germans to their knees. Their postwar economy tanked so bad, they were using bank notes to wallpaper their houses. Yes, I know thatâ€™s hard for you to believe. But in my timeline, it really happened.

You see, the Germans also made the transition from empire to republic in my timeline, but the war had smashed them so badly that the republic promptly collapsed, and a totalitarian nightmare rose in its place. At least in this timeline, the armistice bought them enough time to make the transition properly.

The thirties and forties were a dark time for you, but believe me, they were far, far worse in my timeline. Do I regret killing President Wilson? I only regret that it was necessary. No one is innocent in the eyes of history.

Before you go, there is one last thing Iâ€™d like to share with you. Do you see that painting on my wall? No, donâ€™t apologize–Iâ€™m not offended that you missed it. It looks a bit like a postcard, with the flags of the League of Nations flying in front of the Reichstag. The composition is well-done, but otherwise unremarkable. It was a gift to me from the German ambassador to the league, who painted it himself. As you can see, his signature is in the bottom-right corner: A. Hitler.