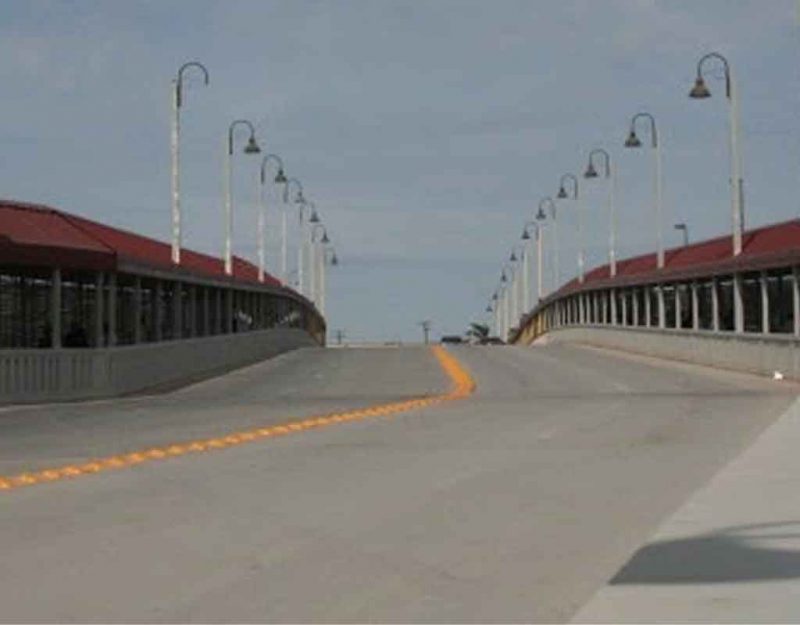 We are fortunate at Amerika to be able to present the second installation of the exciting dystopia saga, Crosses & Double-Crosses by Clayton Barnett. You can find your copy on the Jungle River store, but first, read this week’s segment of the story, “A Diplomatic Mission.”

The commercial airport was snugged up to Biggs Army Airfield and Fort Bliss; between the three ExComm had carved out a little space for themselves.  Once parked, two large sedans pulled next to the jet.  A liaison from Second Chief Directorate, Blevins, waited next to the car in front, in a proper suit, Sylvia noted, rather than the ExComm uniform; she wore hers as it tended to scare people, even professional diplomats.  The temperature felt to be about sixty.  Positively warm compared to where she had just come from.

“Senior Agent Blevins, a pleasure,” she said, taking his hand and getting to business.  “Any changes?”

“None, Deputy Director.” She was pleased with his quick reply.  “They have a motorized brigade just behind the hills to the southwest of Juarez and a battalion in Palomas to take Deming and secure the road and rail lines west toward Tucson.  Since the Director requested this meeting they have been surprisingly quiet.”

“Considering that crossing the border without our permission could result in the accidental release of some of those atomic artillery shells we took out of Fort Hood, I’m not surprised!”

“You… we…” now Blevins was perspiring, “actually told the Mexicans that?”

“Not in so many words, but yes, your boss did,” she concluded, turning to wave her people to the second car.  “How long to Ysleta Bridge?”

“Traffic’s light this time of day, so maybe fifteen minutes,” Blevins replied, indicating the early afternoon.  “And, of course, we closed all normal traffic on the bridge.  Not that there is much these days.”

“Then let’s get this show over with,” she turned toward the second car.  “I need to be back in the air before nightfall!  See to it, please!”

She heard him yell at one of his men who then yelled into a radio.  Good.

Out of the airport and down two highways later both cars rolled to a stop just outside of the Customs and Border Control building.  Her two security went first, followed by her, with Kharachan.  Blevins and two of his men came behind as they walked on the deserted bridge due west.  Just shy of the dry gully that was the Rio Grande, crosses, every hundred feet, stretched out to her right and left, as far as she could see.  Being in a populated transit area, a few had been remounted with recently condemned traitors to the New State.  One to her right moaned his agony to the wind.

Ahead, the delegation from the Mexican Interior and Foreign Ministries waited for them on the bridge, midway over the gully.  This would not have been a time to arrive late.  Twenty yards shy her man on her right cupped his right to his ear, as if listening.  So:  all clear.  Had the man on the left done that, they would have turned about, anticipating betrayal.  Her men stopped and stepped aside.  She walked between them as an older, balding man from the opposite group came forward alone.

Vice Minister Villa, she recalled from the files, from the Foreign Ministry.  So they were leading with a diplomat rather than a spy or military man.  That meant she had already nearly won.  She allowed herself a quick look at the rest of his entourage.  Utterly unremarkable, with the exception of that young man, about her age…

“Deputy Director Fernandez of the Third Chief Directorate of the Extraordinary Commission for the Protection of the Republic,” she countered to throw him off balance.  Neither extended their hands.  “I am pleased you came to meet me, Vice Minister.”

Her attorney’s eyes just caught the flicker of irritation in his face of ‘you came to meet me.’

“Both of our masters,” Villa tried again, now stressing that they served others, “want to make sure that there are no misunderstandings between us; between our very old country and your very new one.”

“<At best, Vice Minister,>” Sylvia said, dropping into a Spanish with wide Filipino traces, “<your current nation dates only from nineteen twenty or nineteen twenty-eight.  The Resumption of the Texas Republic goes back to eighteen thirty-six.  Try not being condescending.>”

A few in the group behind him muttered or suppressed their humor at her dialect.  She was interested to see that young man was not one of them.

She deliberately looked at her watch, both to insult them and signal Kharachan.  He crept forward to hand her a thick, legal-sized, sealed packet.  It was covered in officious stamps and ribbons.  She held it out to Villa.

“This is the official version of what we are talking about here,” she said, returning to English while he took it from her.  “You would do well to note the top two signatures.”

She watched as he looked down.  Seeing the President’s and the Director’s scrawls seemed to focus his attention.

“And just what are we talking about here, Deputy Director?” he asked, politely this time.

“Texas cannot have Mexico occupy New Mexico.  That would present a huge salient into our northwest border.  Plus,” she looked right, to the cries of the dying man, “we are running out of criminals to crucify.”

Before he could reply, she went on.

“We shall divide the former State,” she said more loudly so that all heard.  “The Rio Grande will function as the de jure line of authority between our two nations, with a few exceptions.  There will be peace between us.”

There was more muttering from the group behind him but Villa quickly rejoined her tiny speech.

“And what few exceptions are those?”

“Some unimportant mesas around Santa Fe,” Sylvia waved at the be-ribboned packet.  “You will see the details there.”

The wind and the dying sighed for a few moments before the Vice Minister spoke again.

“This is an excellent beginning,” he said with no sincerity at all.  “Let there be peace between us.”