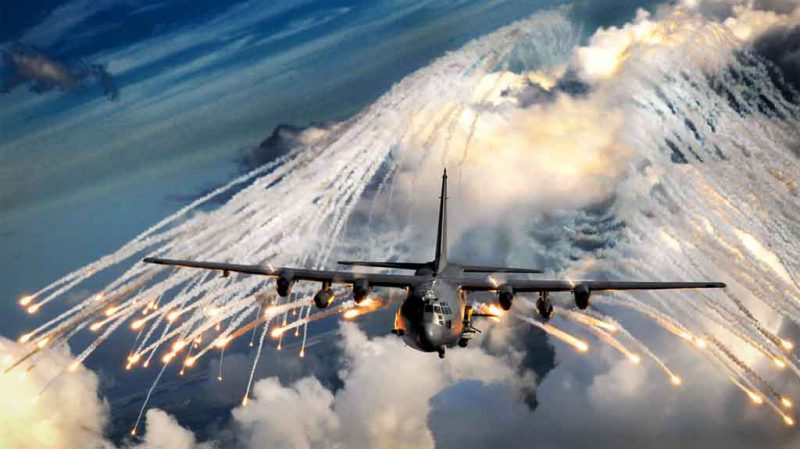 We are fortunate at Amerika to be able to present the second installation of the exciting dystopia saga, Crosses & Double-Crosses by Clayton Barnett. You can find your copy on the Jungle River store, but first, read this week’s segment of the story, “No Mercy.”

“D- Director Barrett,” she recovered quickly, “what brings you from the Capitol?  You did tell me once you didn’t trust that city to the civilians for too long…”

“Two things,” he said brusquely, “only one of which is germane to you.”

There were two more roars of engines.  He finally looked up.

He looks like he’s ten years older, she thought.  The pressure of this job?  Some faint notion of his guilt for what he has done and is doing?

Or, Sylvia considered the rumor she’d heard:  that after finally being reunited with his wife and daughter, they left him, disgusted at what he’d become.

“How may I serve you and our new nation?” she carefully asked, pointedly putting him first and acknowledging the formal declaration of independence.

“I’ve no badge of rank to give you, so I’ll just say it straight-out:  Thomson quit,” he began, looking about and finding two camp stools for them.  He waved for her to sit, which she did.

“I’m promoting you into his place, to lead the Third Chief Directorate.  Congratulations, Deputy Director.”

She stood right back up.

“What,” he said slowly while pouring two small cups of coffee for them from an old thermos, “is one of the unofficial watchwords of the Extraordinary Commission?”

“Sudden,” she replied, reseating herself, knowing how he despised any lack of self-control.

“It’s not official yet, for two reasons,” he said, pausing to take a sip.  “One, I need you back in Oklahoma for some additional work…”

“…and two, per what you said first, I want to be in Austin when I do announce this.  There are going to be people both in the government and in ExComm who will not be pleased that a mixed-blood foreigner flew in under their noses to become one of my top three subordinates.”

She knew he always chose his words with care, this time alluding to her and Roberta’s unexpected arrival on the scene.  She thought of her acquaintance who disbelieved in coincidences.

“While I thank you for your confidence in me, sir, I don’t want to become a political burden to either you, our organization or the state,” she said, choosing her words just as carefully.  “If I may speak frankly, Director, why do you place such confidence in me?  I know full well ExComm’s unspoken directive on racial matters… just now you even saw fit to bring up one of my disqualifications!  So why, sir?”

Sylvia knew that he was reserved and careful; that was not the same as unemotional.  In fact, she had cause to think that he was very emotional.  But he chose to deny that part of himself.  Still, just now, she watched a small smile come to his eyes as he finished his coffee.

“History rhymes; and this time, the roles are reversed,” he said ambiguously.  “A man with a disreputable past was once taken to be the chief lieutenant of the elected leader of a nation.  Under similar circumstances, he asked much the same question you did.  And I can give you the same answer that Marius gave to Sulla:  because you are going to matter.  I don’t know how or why, Sylvia, but you are going to matter here.”

It was the third time he used her name; just as with the other two, it was when something she had done or said provoke his odd sense of mirth.

He set his cup down and stood.  She quickly drank all of hers at once and stood as well.

“I’ll… do my best, Director Barrett,” she said clearly, holding his eyes.

“I know.”  He turned to search about the table for a moment before finding an envelope he passed to her.  “Your orders for up north:  the government of Oklahoma is to be dissolved completely; they will for a year or two be under a Governor-General appointed by our President and approved by our Senate.  At some time beyond that, after the evacuation of all undesired elements, they will be integrated into the republic.”

Such euphemisms we use…

“I want this done in less than a month, Deputy Director, and I want it done the way you like it:  by the law,” he said walking back around to the other side of the table.  “Once you are finished you will come to Austin to organize your Directorate as you see fit.  Following that, I’ll have more fieldwork for you.”

“Of course,” she turned to go but paused.  “I won’t say it’s not my business, but as Acting Deputy Director, you did say that there were two reasons you are here?”

He first looked up then pointed up at another roar from the sky.

“The festering situation in Dallas has gone on too long and demands my personal attention,” he began, his eyes back to their soulless selves. “We are firebombing and using chemical munitions to kill every man, woman, and child left in the city.  Resistance of any kind shall no longer be tolerated.  At home or in any lands we control.”

She turned away before he could read the disgust in her eyes.

“It is a message for both domestic and foreign consumption,” he continued to her back.  “If we are willing to do this to our own people, what will we do to the old US or Mexico?  It will give them pause.”

She pushed out the tent flaps, teeth gritted to keep her coffee down.

I’m as bad as he is, law be damned!  And with this promotion, my name will be linked to his in the history books!  The lawyer who presumed to make crimes against humanity legal again!

She walked quickly to where her car had been.  It was just being driven back up.

“Did you top off the tank?” she called as her driver lowered his window.  A nod.  “Good.  We’re going back north, right now!”