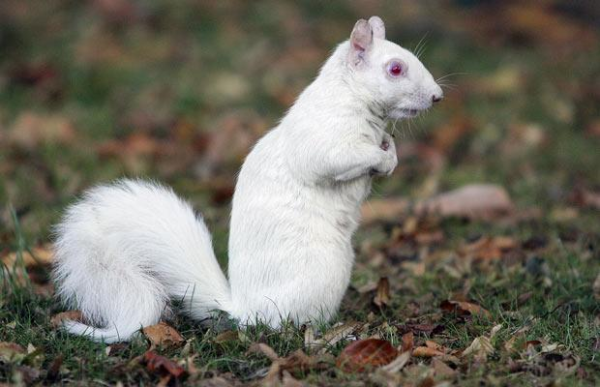 White Power movements originated in the United States and United Kingdom during the 1970s which, as exactly one generation past World War II, represented the first stirrings of awareness in mainstream populations that perhaps our great democratic crusade in Europe was going to come back and bite us on the hindquarters. The result was the modern “white power” organization, which combines aspects of KKK, National Socialist, radical conservative and ethnic socialist rhetoric to form an entity patterned after the “Black Power” movements of the 1960s. Herein is the basic problem with white power groups: they are another partisan movement desiring political power, and do not represent any kind of solution for the whole.

Standard white power rhetoric is as follows: non-white races are inferior, but white races are superior, therefore we need to band together all whites and exclude these others. Generally, outside of mention of homosexuals and Jews (who are as white as most Southern or Eastern Europeans at this point) that is where the dogma ends. These movements attempt to justify their beliefs through scientific and sociological research, and often point to the high rates of crime, disease, poverty, illiteracy, and low IQs of other groups such as African-Americans (Jews, while often seen as more intelligent than average, are condemned on the basis of their intent). These movements are increasing in power and must be combated with whatever resources we have.

Their first error is a failure to note the origin of all white problems: namely, that among white people there are many who are inferior, and that these not only breed more inferiors, but have reduced society in complexity to the point that it rewards inferiors: those shuffling untermenschen who go off to bureaucratic, pointless, lazy jobs and are content to write blockhead memoranda and enforce rigid rules unthinkingly; this is The Establishment Man whether he is black, white, Chinese or from Planet Xerxon. This mentality of being happy with a trivial empty life in a decaying society causes the proliferation of inferiors, because only a true brick-stupid untermensch could find such a life acceptable or desirable. However, millions of them have, from the uptight white guy wimps of the 1950s to our current multicultural bureaucrat; nothing has changed, because the position in which these people serve requires nothing more than obedience and minimal thinking skills. It appeals to the inferior among all races.

White people have suffered this decline for many centuries, and with each passing year, it gets closer to domination. Whether it is the execution of nobles in the French Revolution, or the destruction of the last independent aristocracy in America during the Civil War, white people have been in cannibal mode by empowering the workers, the disaffected, and lazy suburban “activists” to blame many complex problems on a simple source: Elites. The Elites, they have told us for centuries, are manipulating you, causing problems… the solution is to dethrone the elites and let the people rule! Oh joyous day… but then century after century the problem persists. Luckily for his manipulators, the average white person at this point has the attention span of a gnat, and therefore can pass this process down the line. White people are consequently, in terms of population quality, descending toward inferior.

Even more, white societies have been drenched in technology for some time. From rifles to computers, technology lets someone whose highest actual function is picking turnips assassinate a genius or spam 100,000,000 mailboxes. But it’s his right to own that computer, and his right to make income, so who are we to criticize? It’s also the right of individuals to make porno films, sell defective products, become televangelists, generate mountains of landfill. But do these actions strengthen or weaken a society? Ah, they weaken it; and what if they are repeated a million times? Then they weaken it appreciably. Looking at white societies today, it’s impossible to believe the white race is superior to other races, because white societies are a mess. Moronic bureaucrats, cunning marketers, everyday people who are slovenly and fat and oblivious, nagging spouses and cheating paramours. Then there’s the knowledge that such society are at war with themselves. One side screams for the underprivileged, and the other side shills for industry. Where is the plan for betterment? Or even fixing the problems, such as endless freeways, too many stores and ugly buildings, pollution, rotted inner cities, public ignorance, morons in positions of power?

While white power movements would like to believe that one day while the white man was asleep, a horde of Jews and Negroes stole in the back door, gangfucked his wife, indoctrinated his children with “rap” and “crunk” music, turned the inner city into an AIDS-ridden war zone, and took over the country, the historical fact is different: white people invited them in; white people made profit from “authentic” music of the oppressed; white people, by fighting constantly amongst themselves, have no direction that might conflict with music profiteering, inner city rot, or even violence (violence produces a product spectrum, from pepper spray to electric gates, to deal with it and is thus profitable to many sectors of the economy, although the socialized cost affects us all). White power movements, instead of being beneficial to white people, are destructive because they deny the actual sources of white problems. You can blame Negroes, Jews and homosexuals until society ends, but the problems, whitey, are within.

White power movements have simple dogmas: “if it’s white, it’s right” and the idea that if all non-whites are excluded, society will somehow become good “again.” They address (what they see as) a symptom, and not the problem. They also ignore almost all other important issues outside of race. It is as if they are more provocateurs than political thinkers, here to hit us with a quick and repellent suggestion before fading away, laughing at our discomfort in their discontent. They are not alone in this, since almost every special interest group from Environmentalists to Pro-Lifers to Black Power groups falls into this category; it may be a failing of our political system itself that makes agreement so difficult that political movements must be distilled to the ultimate simplicity and singular focus. But if all non-whites died tomorrow, what would happen? The basic problems of whites would remain.

In addressing the first, we have to look at the problem this way: not all things Caucasian are identical. Any society, no matter how wonderful, produces destructive or stupid people; this is the nature of genetic recombination and environmental factors. If you plant a field of corn, you’re going to end up culling the weak plants and the mutants that do not have beneficial attributes. With every generation, some great people are born, and some weaker — inferior — ones. If the culture in question manages to have the great people breed more than the weaker, it rises to a higher overall standard. If not — decline. And what has happened in white culture? First we overthrew the aristocracy and guaranteed universal rights. This places the choices and attributes of the individual beyond criticism. It’s illegal, immoral or some combination thereof to discriminate against people because they are delusional, stupid, corrupt, disgusting, ugly, perverse, etc. This leads to a reversal of the equation of healthy societies, and explains why white societies have gone from producing Beethovens and Shakespeares to Britney Spears and Anne Coulter.

When we look at the second problem of white societies unacknowledged by white power groups, we get into a more complex situation: what is the ideal design for a society? If we thought clearly, we might say:

White societies lack all of these things, and have now for centuries. Until we fix these roots of the problem, all of the symptoms will re-invent themselves even if some genocidal master plan is implemented to clear out all non-whites (which would be a shame, seeing how most of them were invited here by white people as labor, and in innocence believe they can find a “better” life here, although what they really mean by that is greater wealth and technology). Our problem is that our people do not agree on a sensible course of action, together, because they are too busy with individual pursuits of pleasure, wealth, comfort. We are divided and surrounded by (white) people of low quality. White power organizations ignore that reality, and prefer to send us on a wild goose chase after non-whites, so that white privilege can take the place of actually fixing our society. Not only does this ignore the problem, but by offering a placebo solution, perpetuates it.