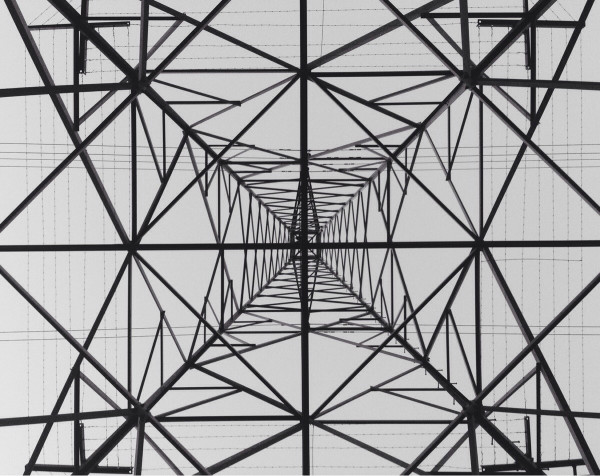 Defining concepts — always a good idea before using them — becomes difficult the closer one comes to the simplest concepts. Questions broaden to the point where words seem useless. If we apply our analytical minds however, we will see that the question which faces us is not words, but an ability to connect what is represented to its manifestations in our lives.

For example, asking “what is reality?” thrusts us face to face with the connection between our knowledge of the world — scientific laws, maps and legends, history and philosophy — with the tangible thing in front of our faces. Zen masters traditionally answer the question “what is Zen?” by slapping the asker, breaking through the barrier between us thinking of reality and us experiencing it. Reality includes our faces — and scarily, our brains.

The instant we start describing reality, we plunge into paradox. Our words are descriptions of reality in symbol, making it seem far away, when the words and brains creating and perceiving them are part of the same reality. Between two or more of us, we can share our observations through symbols, but we cannot convey the experience itself — which is absurd, since we’re living it. We can tell each other what to notice, and how to organize our thoughts, but not convey reality itself.

In this we see the problem of perspective: any division of intelligence smart enough to recognize itself will, in that moment of recognition, start creating a model or map of the world within itself, and processing reality through that filter, so as to keep the distinction clear. Instead of seeing the world through a model of the cosmos, it sees the world through the recognition of itself as separate. We generally call this a human problem, but that is arrogance, as it’s a problem of intelligence given to any individual creature.

Inverting this paradox requires that we recognize that we know the world through ourselves, and then discipline ourselves so that we can accurately perceive the world. This adjusts our perspective to the more realistic level of the cosmos: we see that instead of being that which the sun orbits, we are the bits of fluff that orbit the sun, things that are both conscious minds and meat that can be killed and eaten, or reshaped into small geographies as is inevitable in our deaths. It is ludicrous to think of consciousness as something which can be consumed, yet when we get eaten by sabre-tooth tigers, our consciousness departs.

From a purely human perspective, events occur to us, and we assume therefore that we are the object or cause, when in fact we are part of the media through which actions occur. Like observers in a snowstorm, moving forward, we see snowflakes rushing at us — but forget that our forward motion through time against a constant backdrop is what causes this illusion. When we recognize this we see that reality is two things, both the tangible in front of our face and the intangible ability to predict the actions of our world on a systemic level. The latter is the burden of consciousness.

While we cannot say that reality “is” physicality, a nihilist might describe reality as “convergent upon the physical,” meaning that no matter what abstractions exist, they are proven in the physical. We explore using play, or its more formal term, The Scientific Method, by which we try out gestures that seem plausible, note the response, and refine our ploys until we can control the result we will get.

This is why the ancients eschewed dualism for an idea of sacred and profane; the sacred was the abstract that could never be touched, and the profane was the tangible, which was an incarnation of the idea kept on the level of the sacred. The idea alone is pure because it emerges from the interacting forces of nature over time, and this condition is more real than how things appear to us in our perspective, because we can see only one thing at a time in a single tense, the present.

In other words, similar situations beget similar emergent patterns, and so reality is consistent and we can use the scientific method to perceive it, but when we retreat into only what is tangible, we miss out on the greater part of reality by pursuing the illusion that something right in front of our faces is more real than what we know will become true, thanks to the indirect means we have of discovering our world.

In this context, we can see how nihilism is a type of idealism — an idealism of the immanent. It denies the inherent, the thing in itself, the human judgment and morality, because these are all valuations of the sacred from within the profane, when the opposite order is necessary. The sacred is the cause, or rather polycausal origin, which manifests itself in physical forms time and again.

This double paradox means that while we would like to say reality is the physical, reality includes our minds and our ability to predict the interaction of forces that, while invisible to us, create the physical. Reality is history. Reality is science. Reality is awareness of unreal things like patterns, cycles and laws, and if we ignore these, our physical reality reacts — without it appearing that such a reaction was likely.

A map on the internet telling us where a mine field is has nothing to do with reality, until we step into that unmarked field like any other and a huge explosion destroys us. Reality is not the words others use to describe it until the sabre-tooth tiger they warned us about finds us by a campfire asleep. You cannot see a disease in transmission, because it kills you nonetheless.

Humanity has split into two basic camps. One side wants to ignore any reality but immediate sensation, and so is blind to the implications of its decisions. The other side wants to pay attention to predictions, but cannot see how when these predictions become corrupt we must work outward from what we know to what we can project. The nihilist, in the middle, wants to be both deconstructionist like the first and structuralist like the second.

Reality is a slap on your face. It’s also politics, because people act on that. It’s also the internet, because it informs people and they act on that. It is also every word every written, every symbol every created, and so forth, because people act on those. Reality includes all of these; reality is also a determination of which of these are correct, and an awareness that much as ancient people prepared for winter even though in summer they could not feel cold, we must pay attention to our predictions that are both prediction and accurate, or realistic.

We call things realistic when, because they’re well adapted to reality, they predict reality accurately. Nothing can be 100% accurate because for it to be accurate, it would have to be the whole of the cosmos itself and thus control exactly what would occur, but we can get close. Predicting where a crashed plane and its injured passengers are, even if off by a kilometer or two, is better than saying “we cannot predict with 100% accuracy, so let’s give up now.”

In that sense, we who want to discover reality are under a dual burden: to remove the garbage other people heap on us with their observations tainted by fear, emotion and a desire to manipulate us; also, to use the scientific method and knowledge to figure out how our world works and predict it. Making fire and avoiding nuclear war are the same thought process.

Right now, that leaves us — when we step back to the cosmic perspective — seeing a species struggling between those who want to hide in their own tangible perspective, and those who want to see the big picture. We see an overall decline of the quality of human thinking and the quality of human beings as we get more neurotic with this split. And we see ecocide, nuclear proliferation, and further existential angst in the wings. But those are topics for another article.

So what is reality? Reality is what’s outside of your face: a world arising continuously as the result of many interacting forces of matter and idea. As detailed above, to understand it, you’re going to have to master yourself and face reality as the functional mechanism it is, which is something few humans do.

This is why most humans are anti-realist: it’s as inaccessible as heaven to them. But to ask the question “what is reality?” is a good first step toward releasing us from the prison of our own perspective, and allowing us to see the infinite potential of this world hiding behind the shadow of human form.