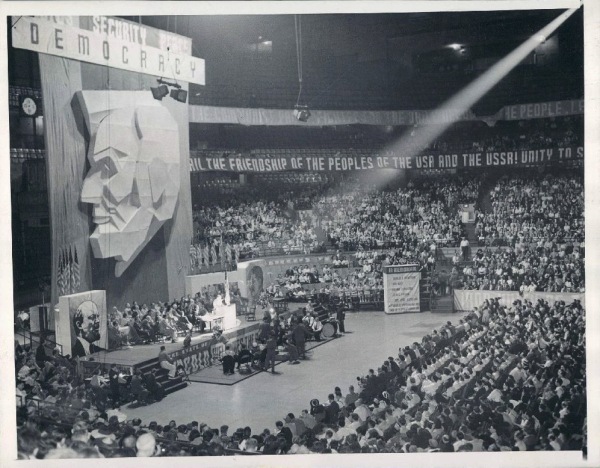 With apologies to William S. Burroughs and Jonathan Swift

An idiot twitches on the sidewalk: he could not predict that antifreeze is not the soothing lime soda that it resembles, but he saw the TV ad. Limited intelligences narrow the world through simplified interpretations that often result in such “unpredictable” conclusions.

On a hypothetical island, the Crowd surges forward with a morbid demand to have what the wealthier do, much like we give children toy kitchens and firetrucks. They bring in exchange a dubious gift: unreality considered to be real because the limited world of inaccurate symbols is easier to understand than the whole of reality.

Punji is a small island in a vast ocean with a single large city upon it. The inhabitants make their living by harvesting the delicious meat of the giant aquatic centipede, which requires submersible diving platforms hand-cranked by five people.

A common lament of employees: “If I could just get a five-hundred dinar submersible, man, I’d be set.”

One season Roger Employee — a young man with a curious blank stare — does exactly that. “I’ve connected the innovative engine of Professor Gottsteinblitz, that runs on human flesh, to an inverted chrome toilet. Five hundred dinars and it’ll take you up and down; the rest is up to you.”

The population of people so simple they had been used for daily tasks raises its collective head. Five hundred dinar — wow, I could afford that. The next day no one shows up at work. They’re all proud owners of their own submersibles.

Former owners centipede-diving teams, now obsolete, retire to sprawling mansions in the hills where they concentrate on being rich and marrying off their children to inoffensive, useless people (usually genteel drug addicts and clergymen).

Great Aunt Martha dies, and her niece, Angie, starts the Five Hundred Dinar Loan agency, becomes rich as a king and retires to the hills with a drug addict. A cottage industry in servicing the five-hundred dinar submersible springs up around the city.

Of course, the idea of a cheap submersible has some flaws… like leaking and in its quick dives, giving its operators a subtle form of the bends that doesn’t kill them but gradually erodes their minds and leaches calcium from their bones. Hunched, incoherent cripples swarm the island with mumbled curses.

A new deluge of Doctors rush to the island to treat this new gold rush of patients. Of course, there’s no cure, only symptomatic treatment, but that’s actually more profitable. Quack remedies and voodoo charms are sold to the remaining divers who awake with teeth grinding at night in fear of the “brain bends.”

Overnight the economy redefines itself. Its previous slow, ponderous motion guaranteed the worker a decent but sparse life, but now there’s the chance of — like winning the lottery — getting rich. Many do, the rest become a permanent underclass who and thrown from job to job like rag dolls.

Businesses last like cut flowers. One day successful, the next day worthless. Citizens in paranoiac neurosis shuffle between investments with the fear that they could lose it all, and consequently, keep their criticisms to themselves. Wouldn’t want to miss out on that next insider trading tip and end up in the poorhouse.

Government throws out its grandfatherly wise men — philosophers, shamans, old warriors — and replaces them with a hair-gelled salesman. “We can have it all,” he says, “and we can have it cheap. It’s the Five-Hundred Dinar Regime and it will last forever.” The voting card each election has five options for what will cost five hundred dinars, and “immortality” and “beauty” always head the list. “Haven’t figured that one out yet,” said Professor Gottsteinblitz, laboring with fingernail scissors on a nuclear reactor.

Mr. Employee sells his stock and flees to the hills, where he lives alone in a grotesque mansion of clashing colors and gold leaf. When he dies, his money goes to a foundation that teaches quantum physics to the retarded.

Taxes are lower than ever. The government has become part of the marketplace. Products are also cheap. What’s not are the services which absorb the costs of these discounts: education, medicine, construction. Watching another house made from popsicle sticks and plaster of paris go up in the ruins of the old, one wise citizen exclaims to another: “Sure is good we have these five-hundred dinar houses… don’t know how people did it in the old days.” They replace them yearly after the rains.

Corporations (the only people with enough money left to do anything big) buy up the entire centipede industry, bcause it takes big money to prospect for these increasingly rare creatures. In fact, the population is declining, having fallen below replacement levels. “The concept of centipede depletion is liberal nonsense,” proclaims the president. “There’s plenty more hiding under whale turds out there.” He bows his head. “Let us pray.”

The nearby island of Ganji, whose inhabitants are known for being lazy and smoking the flower of the polyglot hibiscus, is tapped for its reserves of human flesh to run submersibles. At first, they buy up the retards, pedofiles, and cripples to grind up in the machines, but soon more is needed. “How am I gonna pay your taxes when I can’t run my sub?” goes up the cry, and Punji goes to war against Ganji, quickly subjugating its opponents with superior firepower. Now they feed them wholesale into the machines after war crimes trials conducted using bingo cards.

“You, Marko Vesuvius — or however you primitives say it — are charged with willfully firing on the peacekeeping force with intent to kill,” says the judge. “Harrumph. Sentence: guilty. Immediate execution.” He keeps a boombox blasting Eminem to drown out the cries of the families, who he notes snidely, are also guilty via section 666fu(k). “Justice…is…served,” he bleats between lines of cocaine.

Most Ganjis are simply hired as discount labor, which makes cheaper products. “Delighted!” screams the bored housewife, entering her security code to lock the house against intrusion by impoverished, angry Labor. Her husband, bored and depressed from a day of moving piles of paper between inboxes, grunts and reads his newspaper.

The needs increase, and the population of wealthy and poor alike breeds constantly, necessitating a series of foreign wars. Since taxes cannot be raised, they are funded by selling bonds made of human skin. “Used to be I had to plough a field,” says one sharp young businessman. “Now I move one fund to another, pick up an interest loan here and there, and — well, it’s a Punji success story.” He drives his BMW to his mansion in the hills, finds his cocktail-waitress wife boning the pool man, shoots them both and then himself. “Maybe the other side has some prospects,” he says. “Sell reincarnation insurance to wandering souls.”

Indeed most of the population now make their money from owning things. They import cheap labor from Ganji and breed it with their children: “With their laziness and our smarts, we’ll produce the perfect businesspeople.” Then they go back to worrying about which investments will retire them and which will make them part of the permanent indebted illiterate underclass.

A young activist ponders that, if the smarter elements of the upper middle class were simply to agree on a course of action, they could buy out government and stop the insanity. He is shot in the forehead by an anarchist with sharpened teeth: “Can’t have him wrecking my garbanzo bean futures” (the garbanzo bean market, like every other on the island, varies entirely with the fortunes of the harvest of near-extinct aquatic centipedes).

Nationalists shoot Ganjis outside churches and then turn guns on themselves, liberals educate morons that laziness is evil and then hire them at minimum wage, preachers shrilly dictate how love will bring us together or at least sell enough books so that the question is moot for them personally. Nuclear silos and prisons decorate the hills.

At night the entire island vibrates with the grinding of teeth. The philosopher sips hemlock at a cocktail party. “Dunno,” he said. “The truth — words representing reality — aren’t popular these days. Are you sure you haven’t conquered yourselves?”

A visitor five hundred years later finds an island packed with starving illiterate people, their eyes curiously blank, amidst the ruins of a great enterprise for harvesting extinct beasts. These visitors do what is natural when encountering lower intelligences, which is to subjugate them and use them for menial labor. Eventually their society, too, collapses, and with it the world economy; when aliens arrive five hundred years later, they find a planet packed with starving illiterates, and harvest their flesh to feed the intergalactic engines of their spacecraft.