A History of Greatness 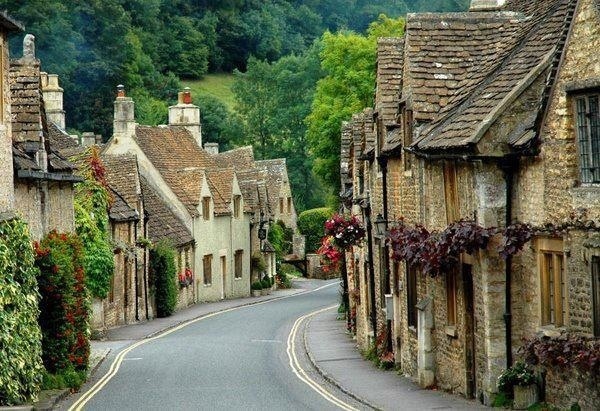 Literate people need something to read, and it pays, so we get a series of books like Jared Diamond’s Guns, Germs and Steel to try to summarize history into a simple thesis. This enables us to look at it, find a nifty mental container for the horror and struggle, and then go back to some “progressive” sense of denying the obvious. Diamond isn’t new; for thousands of years, people like Buddha and Jesus Christ and Robespierre have been trying to ultra-simplify the obvious.

Disturbingly, these histories don’t make us happier. They tell us to keep plodding ahead along a moral path, using symbolic containers and easy explanations buried in tens of thousands of words of “proof,” even though that path correlates closely to the path toward a more violent (frustrated), corrupt (truth-avoidant), commercialized (leaderless), vapid (polite lowest common denominator) and cheesy (pandering) way of life. It’s a pathology that shows up in some extremist groups as well, but with the assent of the mainstream, it is considered sane.

We get depressed because a non-solution means more grinding work toward a goal we suspect won’t fix the problems we’d like gone, or at least addressed. We also get moribund because they explain our past in negative terms, painting everything from natural selection to genius in terms of moral disapproval. But we keep reading, because in this time of little shared consensus among people, we’d like a clear path. We’d appreciate a sense of moving from something to something else, hopefully better, and the “progressive” logic makes us feel better. We can pat ourselves on the back, and keep grinding.

And then the news chimes in with its litany of murder, rape, pedophilia, war, pollution, mutation, corruption and stupidity. Well, keep grinding on — someday, that chunk of coal will be a diamond, so keep polishing it. You’re doing what’s right because after all we all agree it’s right. It’s similar to a room full of opium addicts agreeing that they’re all just going to do one more hit, and then clean up and go on to become church deacons and Mother Teresas, but after that hit, of course.

As our oil runs out and our climate heats up, we get nervous. Nevermind that global warming is a simplistic distillation of the idea that you can’t take a highly complex machine like an ecosystem or a factory, hack off 1/4 of it and still expect it to work. Pollution, land overuse, the paving of our planet, and our fencing and consumption of everything we can reach create a bigger problem than “global warming,” but we’d like to think that we can drive hybrids and turn off televisions for an hour each day and everything will be just fine. Keep grinding toward “progress.”

What I’d like to do in this column, instead, is focus on the positive by looking at a history of greatness, both in the individual and in groups. You may not know this, reading all that depressive stuff, but humanity has produced many great thinkers and groups and continues to do so, where it’s still possible. These individuals and groups have one thing in common: they forsook the socially-accepted and comfortably easy path, got away from the masses, changed their behaviors and in doing so, changed themselves both mentally and biologically. Eventually the cultural/mental and biological fused and they became a new more powerful version of what they had been.

This has happened in every culture on earth, in every ethnic group, and on every continent. It has not always lasted; much as great people tend to produce massive works and then fade away, over time entropy claims civilizations and well, and drags them down into their origins, which are the repetition of known “safe” behaviors and an intolerance of the desire to rise above, do things differently and in doing so, become something else — something better.

If you want greatness in life, your first action, which I call nihilism, should be to calm your mind and remove from it all of the unnecessary assumptions that keep you repeating actions that do not bring success. For example, watching television has never brought anyone success. Eating junk food constantly hasn’t either. Nor has going to some safe job, thinking the “progressive” thoughts that everyone else does, and emulating their lifestyles. Those who rise above first discard unnecessary actions and beliefs, and then reinvent their lives.

The second step to greatness is this re-invention. What is life? If it is not television, junk food, buying plastic junk and caring about some recombinant “career,” it might be focusing on the basics of life itself. You must survive, and you don’t need much of what others seem to believe they do. You need a creative outlook, some way to lavish love on the world, whether by creating a community coffeeshop or by writing a symphony. Not everyone can write a symphony, so most of us have to do simpler things. But outside of sustenance, and some task at life that challenges you and makes you better and fufills you in this cycle of challenge and overcoming, you need nothing.

You do not need social approval, especially when you see how it is based on the psychology of mutual affirmation, where people see others doing something and figure it is “safe” and easier than forging their own path. You do not need entertainment, or excesses of material wealth and possessions, because if you have an actual cause or path in life, you will spend your time pursuing that and in the off hours, taking care of the mundane details of life or socializing. The last thing you need is a hefty government with tons of rules, and a social climate of intolerance toward creativity, because your expression of that creativity, whether a coffeeshop or symphony, is how you bond yourself to life and find a reward that balances the inevitability of death.

People around you will exist in that psychology of mutual affirmation, and if anyone rises out of that lockstep, will challenge that person, because by providing an alternative that might be more successful, that person challenges the assumption that “safe” behaviors are enough. That person, more powerfully than talking about theory or morality, demonstrates that there is another way and it can not only be as safe, but more rewarding. The mutual affirmation society will fear that person and oppose them, and perhaps even try to invent a law or moral that will keep that person down. They know when they’re about to be replaced!

Great societies have arisen in the same way. A small bunch of people, usually under the command of a leader who understands that sometimes love includes hatred of that which challenges a loving vision, break away and wage war against any who try to bring them back. They discard old safe behaviors, and assumptions, and replace them with a shared vision or values consensus (what we call “culture”) that rewards them in pursuit of a new goal. And then they break away, usually to some place where common sense has it no one can live, and they build a thriving society. They get away from the others in mind, body and spirit by doing this, and it enables them to become more than those who don’t challenge themselves.

You are currently surrounded by depressed people who fear change because it might show them how their “safe,” “progressive” lifestyles come up short. Using your inner nihilism, or peace of mind that eliminates all but what is realistic in design and holistic concept, discard that which is not necessary. Remove the fears, rote behaviors, assumptions and superstitions of the symbolic mind. This task is harder than any other, as you have no guide but yourself and your understanding of logic, but it rewards you with more power the further you go into it. When you have reached a state of understanding reality, you are ready to begin reconstruction.

The depressed around you will be busy moaning over global warming, budget deficits, Iraq wars and other really temporary crises. They do not realize their path is one that is always declining, because they are not rising higher, but falling lower through their reliance on what is safe and not what is hoping to reinvent itself in a better way. They will, from fear of life and doubt of themselves, stay hidden in mutual affirmation even if it leads them back to mud huts and stick warfare. You, if you pursue this path, will bypass even the tedium of being an “elite” (better adapted to a failing situation) and will become something new.

In time, you will see others break away as well. These people have something more important than brains. They have creativity and most of all, they have bravery. If one thousand people around them are living one way, they will live not a “unique” “different” way, but will invent a sensible way to live and will not even think to compare it to others. They are not guided by reference to the others, but by a realistic design. As the past fails and drags itself down with the problems it is too fearful to escape, a new future is born. This is the history of greatness, and this is why you should not despair but look positively toward a future filled with chaos, uncertainty, doubt and horror.