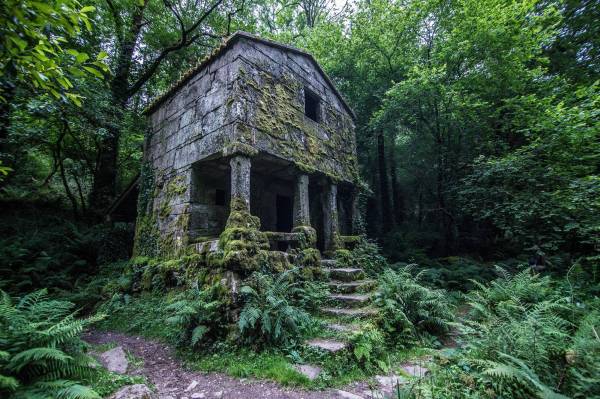 The mania for the new bleats from every news source and gaping mouth: the old has failed, let’s find something new, and maybe it will wrap up all of the trendy memes — in self-help books, on talk shows, in politics — into some convenient handle so we can tell people, “Well I believe in X,” and then go about doing what we were doing.

In a time where ideas are defined by who participates in them, the past is burned, and all the past labels for things are burned. You’re a libertarian? Like those other guys? Well… not really, but kind of. That invites the other person to one-up you with some new and trendy thing, even if they make it up on the spot. “How quaint. I’m an anarchosyndicalist Raelian.” Much more unique, much more important; clearly this is the superman walking the earth.

We burn labels as we wander through them, no more sincere with the next than the last, because like pilgrims we’re looking for the hand of God to reach us through a Word and somehow deliver us from a primal state of ignorance. We all see the situation is calamitous, but how to put a solution in a few words? Give up, and find something that sounds good instead. “I’m a revolutionary phrenologist.”

My cynical conservative friends call such thinking New Age because it’s like soup. You pick and mix and match from some existing beliefs, rope them together with a universal (“all you need is love,” “life belongs to the aggressive”) and then use it as a self-empowering, or if we’re honest, self-justifying, mantle of authority. I am right because I am something new, something that bypasses all these old burned things… I’m a transcendental alluviator.

Things that are burned:

“Think for yourself.” What a nice sentiment… and that is all. The average Homer Simpson thought this made a greater justification for being selfish, and took the exhortations of every speed metal band from the 1980s to heart. Now he does the same things but has a handy retort to critics.

“Think of others.” It’s a great idea if you like tokens. In our inner hearts, most of us are sick to death of others. They crowd us, most of them are stupid, and the ones that aren’t are so manic with a desire to escape that they’ll push us under to get a few inches above. But, if once a month we think of others by working at a soup kitchen, we feel vindicated in continuing our slothful, selfish, slovenly behavior the other 29 days.

“Think of the children.” The only people who really take this to heart are the pedophiles. It’s a great way to force other people to be sympathetic to whatever you’re doing. We need nuclear weapons — think of the children! Like pointing out someone’s fly is open, it only functions to take wind from their sails, not goad them to something productive.

What never gets burned are the things you can’t sum up in a catchphrase. Like thinking of what is realistic and pragmatic. Thinking of what will be true in all situations. These things don’t burn because they aren’t tangible and yet open-ended at the same time. They require interpretation, and that interpretation is not universal, so they’re garbage as memes. But as guides to life, in a time when everyone else is drowning in the burned-out? They’re superior.