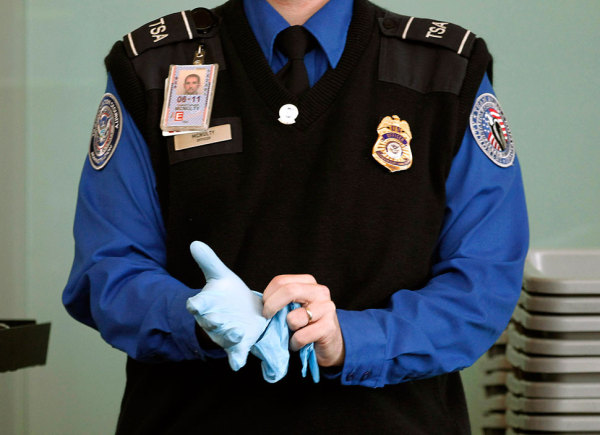 A healthy organism will adapt to its surroundings. In the wisdom of nature, an adaptive animal will survive even when its customary surroundings are drastically altered. This is both a blessing and a curse, for self-reflective animals such as humans: we can endure anything, but our curse is that because we can endure, we often do not think to wake up and change the negative elements of what we are enduring.

Such is the case in modern society, where a population of otherwise smart people lives in ecocidal and self-genocidal circumstances because of the bizarre psychology of adaptation. Their primary goal is to adapt, thus they tolerate the insane circumstances around them and are quickly lulled into a kind of sleep where nightmares are the norm and thus, like a drunk walking down an icy street, one becomes numb to pain and illogicality while focusing on putting one foot in front of the other.

These sleepwalkers form the majority of the people around you, and there is nothing “wrong” with them, but they have not yet realized that what they accept as “reality” is a dream, and a bad one at that. They simply endure. To their minds, any thought of long-term planning is impossible, because if they look too closely at the direction society is inevitably heading, they see only disaster. Thus they limit their focus to the immediate patch of sidewalk in front of them, and make the best of it that they can. It is nothing new, as this is the process by which people have survived a succession of disastrous governments,wars, plagues, famines and internal crises since the dawn of time.

What is most alarming about their condition is that, by its tendency to limit their focus to the immediate, it prevents them from any thought of structural change to the society in which they live,including its governments and social agencies, but most importantly, its values.They survive by free enterprise, and thus the idea of being accessible to all people equally — since they equally might be customers — is sound logic. Their income is derived from an economy that functions only when it is constantly expanding, so loss of natural ecosystems and traditional cultures is something they accept as necessary.

Those who succeeded the most as ancient civilizations were those for whom the long-term goal eclipsed short-term gratification; the ability to accept delayed gratification, and to work even for an entire lifetime for a goal that may occur beyond that lifetime, was natural to them: this is how epic civilizations are built, and great works of learning produced. When it became easy to survive in modern civilization, especially after the internal combustion engine removed the importance of efficiency and harmony with nature from our lives,this long-term focus was nearly entirely obliterated. If a modern person were suddenly granted with this vision, they might go into shock, having realized the dream created by focusing within the boundaries of a reality defined by society and its media, limited in scope by fear of the future.

Sleep enforces an iron inertia on us. Even though the dreams are terrifying, if we see them as predictors of the future, awakening means having to face the possibility of doing something about it, which puts one in direct opposition to the society of sleepers. No one likes to be awakened rudely, and the vast majority of sleepers would prefer to quash the messenger than address the message. Thus the awakened individual must either ignore the truth and attempt to get back to sleep, or know the truth and try to survive in an empire of death. The latter being a disagreeable proposition, especially for the majority of us who breed by instinct and later justify the act in the light of what we know of our children’s future in a death-age, it is most commonly denied.

Much as denial on a personal level causes instability in the individual, the division of our modern time into public fantasy and private reality has made the psychology of society as a whole unstable,lending this schizophrenic outlook to the individuals enwrapped in its grasp as well. Most people are subliminally depressed, probably a result of their realization at a level simpler than words that something horrible awaits; we are like Temple Drake in Faulkner’s visionary “Sanctuary,” screaming out to the deaf ears of those who don’t care, “Something is happening to me!” Instability, coupled with depression and the relinquishing of control to an impersonal bureaucratic society, results in people with low self-esteem, meaning that even if many were to awake tomorrow, they would “instinctively”trust the prevailing social wisdom over their own.

The collusion of low self-esteem with a society based on denial means that reality needs to be explained away, or denied via any number of glib evasions; in any degenerate age, the most popular philosophies are either those that justify inaction, or those that encourage such a granular action (“if we just ban abortion, everything will be all right”) to amount to inactivity on the larger balance sheet of societal homeostasis. The most common denial is a sidestep of the principle of inevitability: increasing demand confronted with a fixed amount of resources will eventually end in total resource depletion; this applies as much to fossil fuels as it does to remaining natural land, or to the ethnic populations required to maintain each unique culture: our illusion requires we believe they are infinite resources, as otherwise,we must face the paradoxical nature of the long-term “plan” on which our civilization is currently embarked.

Clearly this collision is something beneficial for any thinking people to induce in themselves and others, as it casts aside the thrall of sleep and replaces it with an alertness that is vigilant if nothing else. However, by the nature of rejecting every assumption one has been taught is required for social membership, one can become paranoid; this is not a productive event. The sleepwalkers, if awakened, need to be offered a complete philosophy to replace the illusion, or they will lapse into self-destruction. Such a philosophy would not tackle granular issues within the context of the status quo, but would suggest a replacement civil design that exists outside the (erroneous)assumptions of the current convention. It would have to be a cohesive philosophy with a single central principle, and would have to include all granular issues under that hierarchy of values.

Conservative politics, as currently defined, cannot do this, because the nature of conservatism is to preserve elements of traditional values still found within the status quo. It does not aim to remake society in a new form, and because of that aspect of its outlook, it cannot stop the long term collision with inevitable resource depletion and cultural loss that is incipient. Since right-wing politics is not awakened, it slumbers on and attempts to preserve something that will inevitably decline unless the system is fundamentally altered. For this reason, conservative politics is not an answer for a dreamer interrupted.

A political philosophy restricted to a single issue, such as environmentalism alone, or race alone, will doom the political movement of that tendency to a defensive battle, and this leads quickly to reactionary politics where, unable to achieve the main objective, one defends turf as if that will accomplish something. By definition, it cannot, as when one is limited to defensive action only, the principle of inevitability states that one will eventually be worn down, and will then defend increasingly smaller spaces until internal collapse occurs.

There is nothing within the current political framework that will support what needs to be done. This is an ideological statement, and not one of method, as it is fortunate that every system has some means of changing itself, even if it wholly lacks the ability to come to awareness of what that change might be. What holds us back is not an enemy, or anything inherent to the mechanics of a democratic system,but the lack of a unified philosophy which will address all of the issues in error in a modern time. To a sleepwalker, fixing one problem alone means nothing; the only impetus to awakening comes when there is something better that can replace what is. We cannot substitute a dream for a dream, as they will always choose the dream that is already in power.

To awaken a sleeper, one touches them gently on the shoulder, and informs them of a good reason to start their day. In our case, the attitude should be that we have infinitely better futures to gain, and our method of waking them should be a call for a general Indo-European cultural revival. Our culture has been replaced by money; our strength,by machines; our soul, by morality. We cannot attack these directly. If we emphasize however that our cultural values apply in any era of history, and that they include a better way of leadership, a way of fixing and reversing our damage to nature, and an enduring system of belief that sidesteps the pitfalls of a modern time, we address what is wrong in the current system by suggesting its replacement. Our task starts in resurrecting our culture and deriving consensus on these values, because in doing so, we give the sleepers something better than the stupor of a dream: we give them hope.