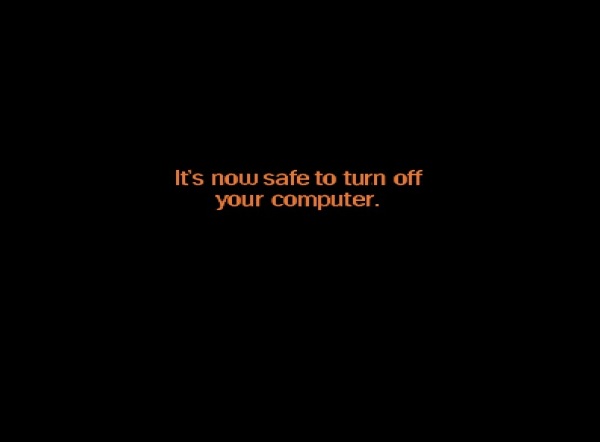 My relationship to the Internet is different than most: I manipulate it as a means of establishing certain information as more important than others. I do not really enjoy it as a means of socialization, although I enjoy in any form seeing people do what is right. I mean that although it is fun to me to do what I do, I do not see it as social time or an activity I enjoy in its own right; I enjoy the results, and I enjoy being able to change minds and inject some of my mental DNA into the process.

Most people IM. I don’t. Most people email more than I do; most of my emails are of a technical or informational nature. I’m not here to be popular, which is why I seek anonymity. I’m not here to be a personality. What is important here are the ideas that I propagate, and the only enjoyment I get is out of seeing these ideas spread. While other people are on the net for personal reasons, I’m here to conquer informationspace.

People often tell me, thinking that they’re smart: “You really could be nicer, and people would accept you more.” I don’t want acceptance. I want these ideas accepted, and I recognize that most people will never accept them because the lack the basic competence necessary. Therefore, me interacting with other people on the net is planned drama; we fight it out so that those watching can see the true nature of the show. I am here to demonstrate, not be someone’s buddy or social factor.

This isn’t to say that I do not genuinely care about the people I’ve met through the net, but that’s incidental to my mission. My ultimate goal is to stimulate thinking with the mental designs I have concocted, based on history and pure thought. I am not interested in being a poster boy, or cultivating fan groups. If I was, I’d pull a Michael Moore or David Duke and pick a side and campaign for it. The people who get farthest along that angle are the Ann Coulters and Noel Ignatievs, who pick an audience of people who base their identity on what they believe, and then deliver the product they expect. It’s no different than being Britney Spears or Rush Limbaugh: sell people what they want; truth doesn’t sell.

I don’t have a political side, because political sides are identities for members of the crowd, and by the time something becomes a partisan issue like that, it has already been corrupted to the point of uselessness. I am not a White Nationalist; I detest White Nationalism, much as I detest multiculturalism, multiracialist and anti-fascism. I do not have a “side,” or a party, or a flag, or an affiliation. All I have are some ideas, and you will have to look into the ideas themselves. If you need to make choices by picture, try a vending machine instead.

I do not hate Slavs. I do not hate Negroes. I do not hate Jews. I do not hate the Irish. I do not hate Italians. But, I am a realist. I know that Slavs are what’s left of an ancient branch of Europeans who hybridized themselves with Mongols and Semites; I know that Negroes are an earlier evolutionary branch of humanity who are as a whole one standard deviation of intelligence away from Asians and whites. I know that Judaism is a religion of self-interest, condescension and ego-drama, and that Jews are a cultureless people who for aeons have bred themselves to be soulless and parasitic. I recognize the fundamentally mixed racial nature of the Irish and most Scots, and many English, and all but a few Italians. I don’t hate them, but I refuse to let my feelings blind me to reality.

I also don’t hate women, but I recognize their limitations. Further, I don’t hate men, but I’m aware of where they fall short as well. I’m even aware of where I fall short, and where I am in the system of things, which isn’t as some God-figure above it all but somewhere closer to dead in the middle. I realize that not all of my friends are as smart as I am, and I realize there are smarter people than myself. I can care for someone, and be a friend to them, even if their abilities do not match my own. Or if their race doesn’t. Yet I am a realist: I’d deport them in an instant, because that is the right cosmic order and should always be upheld.

If it benefited this order for me to die, I would die – and I may have to, in the future. If I had to kill no one, or had to kill seven billion, to fulfill this order, I would do so and then go home, eat a big meal and sleep all night with no worries on my mind. When you do what is right by the whole, you do not worry about consequences, because you know that doing right for the order of the cosmos is more important than personal fortunes! Whether my fortune, or that of the ones I slaughter, is irrelevant. None of us matter as much as having the whole be organized well.

I recognize that mine is not the only consciousness on this earth, but I refuse to place another consciousness before mine except that of the whole, and I recognize that said consciousness is divided into parallel entities we call “lives.” I acknowledge the holiness of life and I believe in it and always will. I realize that life’s greatest invention, which occurs in our thoughts as well as in nature, is the ability to find ideas that are better adapted than others and promote them. I realize that to pick one idea out of two is to destroy the other; for this reason, I have no compunction about destroying lesser designs or killing lesser people. What matters is the whole.

I say this so no one is confused about my trolling. Where some troll to amuse themselves, I troll to get a point across. Where some socialize on the Internet, I use the internet to get ideas across. Where some get involved with politics for something to do, I use politics as a means to communicate changes in the order of our civilization. While some pursue philosophy to appear deep, I use philosophy as a language for the design changes I would make in the world. All that I do serves the cosmic order, and while I benefit from it, I am not the cause of my interest in it.

Most people should not be hated, but by the same token, it should be recognized that they have no aptitude for politics and their opinions in this area should be disregarded. Further, it should be known that they have no idea what is good for them. If left to their own devices, they would eat all dessert and no main course, and sicken and die. Some are born better leaders than others. Those who have the aptitude should make the decision.

For this reason, I am often accused of being callous toward the opinions of others. That’s right. Very few opinions are really important, and most fit into a handful of categories, no matter how different they seem. If I say, “I’m a gay coprophagic Marxist who would paint the world beige,” how different is that from “I’m a Marxist”? Answer: not to any important degree. People love to think they’re “unique,” but anyone having such a thought is pursuing a philosophical path that is far from uniqueness.

Uniqueness itself is overrated. What is so creative about finding a combination that is random enough to not be in existence? I would rather be realistic than “unique,” and I would rather be “right” than different. Nature has given us all the difference that we need. It is personal pretense to force oneself to be “different,” and the only people who do it are those who lack confidence in who they are. They lack that confidence because they have no goal in life other than themselves. These people do not need uniqueness; they need more rewarding tasks in life.

I don’t believe anything in life is evil or wrong. I believe that certain organizational schema are of a higher level than others, and thus are preferred to me. I don’t attempt to “prove” – hold up some example before the crowd for a cheer or boo – anything. I don’t attempt to justify what I believe in some cosmic sense. I am asserting the kind of order that appeals to me, and if anyone else says differently about their own beliefs, they are lying.

My goal is to bring about a higher order on this earth, which in accordance with the cosmic order of orders, will bring about ascendant results. I would like things to always go to higher states of organization, and to fly as far away from the entropic lows of short-sighted, materialist and absolutist function as possible. I do not need God; the cosmos is God; I accept God in this context. People fight over details like names and political orientations, but I would rather fight over the ideas.

I cannot help you by being a poster child for some cause you hold dear, and I cannot take anyone’s “side” in weird Internet battles, even if I mostly agree with their ideas. All I can do is talk about the ideas. In this, I believe I will create a better order, and thus instill a higher degree of awareness in the godhead spirit from which the consciousness possessed by each of us is fashioned. This is the highest use for my life, and I accept it willingly.