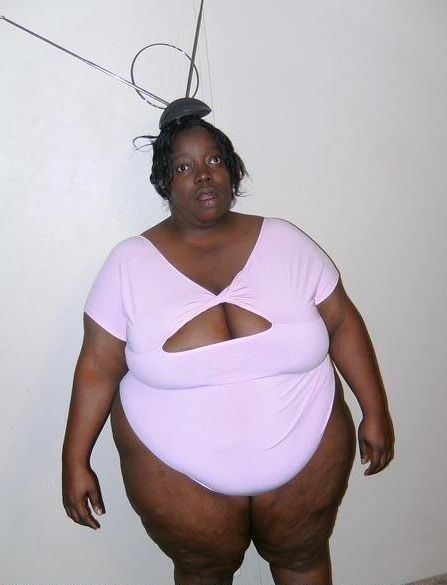 Some people simply use the Internet, while others become part of this nebulous group known as “the Internet People” even to those who use the net infrequently. The Internet People are always there with an opinion, and their opinions are always dramatically similar. They have certain tendencies known to normal folk, such as a desire to reject any positive idea and to go back to whatever fecal little existences they’ve carved out for themselves online. Sociologists see them as a cognitive dissonance experiment gone wrong. Nihilists seem them as a symptom of this time. Who are “the Internet People”?

A healthy way to use the Internet, or a telephone, or a TV, is as an extension of normal life: you have a goal and you achieve it by using a technology of whichever flavor. There are some however who, like those who are addicted to television or buying the “different” CDs of similar-sounding rock bands, are permanent residents of the Internet because they have no goal and therefore use the net not to achieve real world things, but to exist in for its own sake, as a surrogate social situation and power structure. These are the people you see trumpeting their importance on forums, making clandestine deals with moderators so they can exclude their enemies, and of course endlessly adorning their blogs, mySpace accounts, IMs, emails and P2P profiles with new information about how fascinating, unique and truly inwardly beautiful they are.

For the Internet People, the internet is a source of entertainment and, as is the case with everyone whose goals are so limited, it’s all about them. They see the internet as an extension of their own broken socialization and their own needs. They do not consider using it for a greater good, or greater task, even, because for them there are no greater tasks or greater goods. There is only amusing themselves so that they can continue to function, which is usually a mishmash of steady contribution and dysfunction. They work fine at their jobs, because someone is there to tell them what to do. Let them loose in a grocery store and they come out with five boxes of candy and an apple. They can respond to government, because it tells them clearly what to do and threatens them with consequences.

They can even run their own businesses because those parameters are established and proceed in a linear manner from a basic assumption. But independent action? Art? Organizing something of a new type or method? Forget it; they’re out of their depth and in underconfidence they scurry back to what they know, which is munching junk food and playing on the internet. There’s a sort of uncoded attitude these people have, which is “We’re The Internet People, man, leave us alone, because if we wanted to be out there in the real world with you, we wouldn’t be Internet People.” Internet people are moral and personal failures, but they often do well in life, as long as someone is there to tell them the rules. They can follow a basic thought pattern as long as it already exists somewhere. Imagination and inventiveness are not their allies, except in tightly-controlled, minimally-variable situations such as Internet chat rooms.

What’s even worse is that not every Internet Person is a total idiot and jerk. Many are smart, competent, capable and likable. They may not buy into the whole aspect of Internet People culture, but may behave like Internet People none the less. It’s a useful affirmation that no matter how much one recites the correct opinions, actions speak louder than words, even if those actions affect no one but the individual. I’ve known a number of cool Internet People, and I wasn’t aware that they were Internet People until the time came for them to step up to the plate and spend time independently working on something they claimed to believe in. They made excuses, or pretended to work and then faded away, or outright flaked; many of these were also involved with heavy metal music, another entertainment culture at this point, and thus were doubly upset that reality intruded upon their fantasy play time. They like to imagine they’re part of some movement or grand idea, but the trip will be ruined for them if they have to make it real. It’s the fantasy – the could have beens, the fantastic daydreams, the erotic conjectures – that propels these people, not any firm sense of actually doing something.

For example, one reason that members of this organization are skeptical of people who “volunteer” via the Internet is that we’re accustomed to 99% of them, whether good guys or sloppy fool idiots, flaking out within the month. They want the image. Not the reality. That’s the core of being an Internet Person. That membership mimicks another one from real life: Undermen are those who wish to live in fantasy, and not deal with unpleasant reality. Crowdists are those who enforce Underman doctrine on others out of fear for themselves. Like entertainment culture, delusion and solipsism are comforting to those without the brains to see the inevitability of long-term confrontation with reality and thus, the value in actually addressing reality and making something good of it, instead of running away from it into the arms of illusion. Heroin addiction and most religion fit this profile as well.

In the end, the Internet People provide a firm example of the disease of our time, which is the same whether political or philosophical or spiritual or behavioral: a cognitive dissonance response to reality because of a lack of heroism. Heroism is what makes us get up and face unpleasant truths, in order to triumph over them by converting disorder into order and misery into beauty. We cannot fix death, perhaps, but we can make life so good that death is paltry. That is the heroic outlook, and it is totally missing among the deluded. Their fear is greater than their desire for a good life, and they want to drag the rest of us into their cesspool of hopeless fear, underconfidence, denial and masturbatory pleasures. In this, the Internet People – and all who think like them, whether millionaires who look like Brad Pitt or crack whores with AIDS – are fundamentally cowards, and by running away from life they guarantee that no matter how much they “succeed” in society or on the Internet, they will never have taken life on its own terms, and made something of it. Their mentality is that of slaves. For this reason, they deserve scorn and to be shoved aside by those for whom fear is secondary to achievement.