Society Blames Others For Its Illness 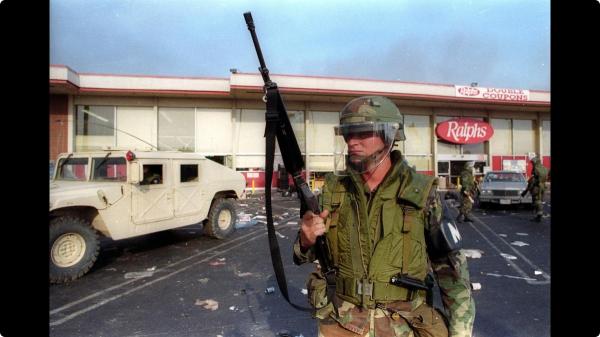 Yet another teenager today tried to awaken a numb world with the sacrifice of himself and several other students, this time in southern Finland for that country’s first school shooting1. He opened fire at his high school, killing eight people and wounding ten, before police surrounded the building and presumably took him out.

You are expected to stand there open-mouthed and wonder aloud, “But how could anybody do this? Why would they do this?” but this feeble cover is really no longer anything but transparent. We know why they do it: teenagers are the people who have not yet inherited an adult world that is totally dysfunctional, and so they often reject it through suicide and/or removal of a few of the most troublesome obstructions they encounter. 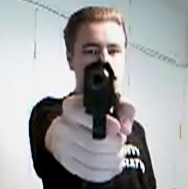 When Pekka-Eric Auvinen shot up his high school, he was sending a message with his self-sacrifice. It’s a message that adults should heed, since ignoring problems has gotten us global pollution, climate change, political instability, ghettos, a culture dominated by moronic television and music, constant ethnic strife, and so on. The list goes on. It’s no wonder teenagers don’t want to join your world that by virtue of its insistence on obliviousness produces completely retarded results consistently.

The teenager had warned that he was discontent with an adult world, and was recommended anti-depressants by a disinterested YouTube moderator2, despite the lack of conclusive proof that anti-depressants stop the cause of depression, which has been increasing in the modern time and is the leading cause of disability in industrialized nations3. While most sources look for treatment, few ask the obvious question: is it possible that depression has an external cause, like our society being ugly and/or heading into Rome-esque failure.

We know from our mass media that he was misanthropic, disliked the direction society was headed, and felt himself drawn to extremes to break through the fog of delusion in which most people move. For example, he admired extreme leftist and extreme rightist leaders alike4 and called himself a “social darwinist” and admired “natural selection.” (He may have confused “social darwinism,” or the theory that linear competitive systems like capitalism and academia produce humanity’s best, with Darwinism applied to society.)

Let’s do what no one else will do, and read his manifesto and his own words, so we can see what this individual really believed and what drove him to do what he did, which we will view as a political statement instead of an insane act, because to do otherwise would be to deny his individuality and that for which his victims died:

I am prepared to fight and die for my cause. I, as a natural selector, will eliminate all who I see unfit, disgraces of human race and failures of natural selection.

You might ask yourselves, why did I do this and what do I want. Well, most of you are too arrogant and closed-minded to understand… You will probably say that I am “insane”, “crazy”, “psychopath”, “criminal” or crap like that. No, the truth is that I am just an animal, a human, an individual, a dissident.5 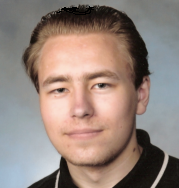 He makes it clear that he takes an aesthetic viewpoint on humanity, dividing us into the beautiful and ugly, and sees no point to the ugly, stupid, deformed, parasitic, etc. While this reeks of national socialism in addition to the natural selection he so admires, let’s look at it from an environmental perspective. The reason for our environmental decline is too many people, and too many stupid people, because even if we each use the minimum amount of resources and land possible, we will still overrun earth, and if the current generation doesn’t the next will. Who breeds the most? The lowest-IQ people in the first and third worlds.

Pentti Linkola elaborates on this:

A fundamental, devastating error is to set up a political system based on desire. Society and life are been organized on basis of what an individual wants, not on what is good for him or her…Just as only one out of 100,000 has the talent to be an engineer or an acrobat, only a few are those truly capable of managing the matters of a nation or mankind as a whole…In this time and this part of the World we are heedlessly hanging on democracy and parliamentary system, even though these are the most mindless and desperate experiments of the mankind…In democratic countries the destruction of nature and sum of ecological disasters has accumulated most…Our only hope lies in strong central government and uncompromising control of the individual citizen…We still have a chance to be cruel. But if we are not cruel today, all is lost.

Our helpful mass media tells us that the school shooter read history and philosophy6, which are known for having a perspective than transcends individuality. It is the type of discipline that tells us whatever we think we want as individuals, the progress of history and the rules of the natural world remain immutable. It reminds us that worrying too much about what we want, who we are, what our social status is, and so on, is delusional karmic drama that keeps us from seeing the reality of life itself: it is a struggle to perfect ourselves, and create societies and people of beauty, or we become entrenched in a socialized depression and “tolerance” of mediocrity that ultimately kills us.

With that in mind, we can see this school shooter and extreme right/left wing dictators as what they really are, which is a force of natural renewal much like the forest fire that kills off the weak trees and lets the others divide up the resources so they can create a stronger, better, more uniformly healthy forest. What we call tolerance is too often an excuse to tolerate the parasitic, criminal, stupid and ugly, and guys like Stalin, Hitler, Linkola and this school shooter show us that reality.

Society will strike back with passive aggression, because that is the only option left to people shocked out how rudely they are yanked out of denial7. To be passive aggressive, blithely assume that you are right while forcing other people to conform to your needs, all without directly striking them. Go ahead, set up that anal pornography shop across from the church. It’s your right. They don’t have a right to not see you or interact with you. Force them to tolerate you. If they object, call them insane and put them in jail. That’s what this society does to any dissident with a chance of making change, which is why some kids get frustrated and shoot up their schools (others are insane, but not all). 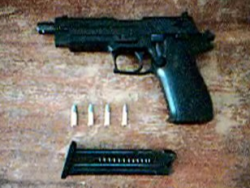 society of shared denial fears the truth and so we suppress it, which is why school shootings get responses of outrage and disbelief. Don’t let the propaganda fool you. We are all disconnected from any context but our own selves, and so focused on our wealth and status that we’re oblivious to the world, or the intangible values of life which our materialistic society denies. The only disbelief here is the shock of being caught in a daydream that we pretended was reality, and this is why we have such outrage against this school shooter, who in a healthier time might be known as a hero for his extermination of false authoritarians, weak people and other stooges of human delusion.

History is racist | Breaking the glass of denial