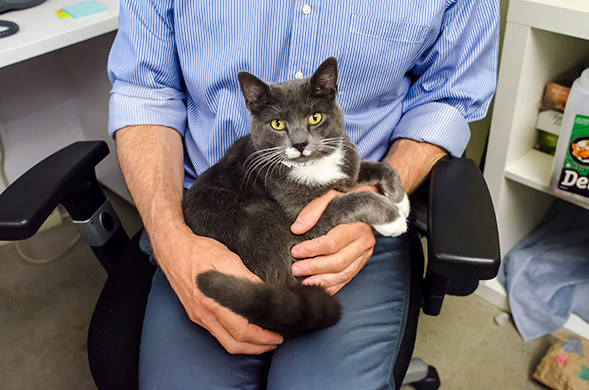 It now marks our letters as a disingenuous parting formality, but the term “sincere” once meant a type of seriousness toward life that enlightened and rewarded all that it touched. To be sincere was to intend to do well by the world as a whole, and therefore, to look at each task for its own sake in the context of all things it touched. Of course, since all systems, eco and otherwise, on earth are interrelative, the only way to understand “sincere” is as a holistic morality which addresses not the individual nor the collective exclusively, but the order to which both belong.

Immanuel Kant brilliantly used the word “hypothetical” in a sense that is parallel to novelist Michael Crichton’s use of the word “misinformed”: both terms refer to someone who answers the wrong question. While in the public vernacular “hypothetical” conflates to “conjectural,” in Kant’s usage it means any response to a stimulus which by design is responding to a different stimulus; obviously, this is equivalent to misperceiving the situation, or having an emotional and not logical response, or as Crichton says, to simply be “misinformed” and to have fundamentally necessary data wrong or contorted in their contextual application. A hypothetical response is one that answers the wrong question, and thus responds to stimulus with an irrational and unrealistic countermotion.

Here we get into trouble with the misinformed moderns, of course, who believe the greatest “freedom” can be had by not believing in an “objective” reality; if these people really believe this, I suggest they stand in front of a loaded gun and stop believing the bullet will hit them when they pull the trigger — and then pull it. Objective reality as shared physical space exists, although the reality itself is relative, in that we know it only through the contrasts in its parts considered in juxtaposition. In other words, while it is objective, it cannot be known completely and in a single stroke in exact detail, as to have such knowledge would to literally become either the whole of reality or to have all of reality within oneself; even therein, Heisenberg’s theorem would apply. We do not have complete knowledge of our own selves, but it is unlikely that we need complete knowledge, and clear we do not to see that we exist in the same physical world and the same organizational and physical laws apply to us all. We are atoms, and atoms behave the same way, no matter how much our interpretation of them is hypothetical.

For this reason, we can derive sincerity over the protests of the irrational moderns, who are demanding “subjectivity” not for scientific reasons but for a desire for personal political recognition; it isn’t an argument for realistic interpretation of reality (“truth assessment”) that they’re making, but a grab for power. After all, to be able to sabotage any organization larger than the individual makes the individual most powerful, and by insisting on the preeminence of the subjective, the individual is able to “disprove” any plan affecting more than one person. Obviously this is ludicrous, as if these people were given the task of founding a civilization they could not do it; they can only exist where others have found common ground (and yes, perceived laws of objective reality) and made it for them. Even more baffling, these people argue for subjectivity using “objective” laws, starting with “we each have our own reality” — in “have” is the concept of an externally-created personal reality handed to the person, and by demanding we respect it, they are suggesting that this “subjective” reality exists in the context of the objective. If you said “what?” it’s because the premise they’re invoking is so ludicrous that to explain it clearly in language renders it to gibberish. The problem there isn’t language; the language has done its job well and represented the idea as it is. The problem is the idea of “subjectivity.”

Sincerity is a sense of wanting to do right in the highest context possible. One desires the highest — most abstract — context in order to avoid making any errors of omission that render one’s proposed action hypothetical. For example, one error is to be ethnocentric, and only to have perspectives from one’s own culture; another error is to be anthrocentric, and only to see human perspectives; yet another is to be terracentric, and to assume only perspectives from planet Earth (humorously, since multiculturalism is a culture unto itself, to see only the multicultural perspective is to be ethnocentric, although multiculturalists will rarely admit this). To in any way foreshorten one’s awareness is to leave out details that one might need to construct a vision of the whole order of the universe (the highest context) and thus to know how to do right by all things as equally as can be. To slight the human is to benefit the squirrel; to slight the squirrel is to benefit the human. Better to take neither “side” and do as most benefits the natural order — and this requires understanding the natural order via abstract principles, or laws. Interestingly, the ancients were far ahead of us moderns in this area, in that while their methods unquestionably lagged behind ours, everything that they did had a place in the larger context of a metaphysical understanding and the tradition based upon it. There were no random acts, and therefore, fewer chances for insincerity.

Without sincerity, we are doomed to fail, as a will toward sincerity more than a will toward truth or morality is what allows us to share a conception of reality and to work within it to avoid crises and better ourselves as a culture and as individuals. It is easy to mislead; deception is a destruction of the fragile perceptions of truth that make up the mapping of the world that each individual keeps in his or her head, and to deceive that individual is a process of carefully replacing a few ideas that like support struts in a bridge hold the rest together. Pull out the supports, and the whole thing comes crashing down, leaving the person suggestible — don’t you want to buy a new car? It’s not at all unlike buffer overflow attacks used to hack distant computers. To be insincere does not require construction of a complete worldview, only enough knowledge to destroy the entirety of one and incite a panicked human to follow a linear path, such as “new car = reproductive success” and therefore success in all of life, something too complex to be measured simply by reproduction (and within that, the quality of that reproduction: not every BMW-lovin’ bimbo is mate quality). Sincerity is holistic, because only by knowing the entire system of the cosmos do we know where we fit and thus what will achieve ultimate success, which is to complement and revere the universal design so as to further its growth and thus benefit to us as we were conceived by it. To target part of this system is to create a hypothetical solution, but such a response is exactly what a manipulator desires, because by focusing on one and not all attributes, it is easy for them to construe the world as a bifurcation between “good” and “bad,” artificially. Interestingly, they do this through the conflation of subjective (“good” for me might be “bad” for you) with the objective, something we call the “absolute” as it doesn’t “exist” per se in reality (“good” applies outside of a perceiver, thus “good” to you is “good” to me, even if one or both of us dies).

“The world may be explained in sociological terms. David Riesman describes three basic social personalities in The Lonely Crowd. ‘Other-directed’ people pattern their behavior on what their peers expect of them. Suburban America’s men in gray-flannel suits are other-directed. ‘Inner-directed’ people are guided by what they have been trained to expect of themselves. [General Douglas] MacArthur was inner-directed. The third type, the ‘tradition-directed,’ has not been seen in the West since the Middle Ages. Tradition-directed people hardly think of themselves as individuals; their conduct is determined by folk rituals handed down from the past.” – American Caesar, by William Manchester, p 537

In traditional societies, the goal was to achieve a complete understanding of the universe so that the social order produced people who were not only capable but sincere (Ariya, or “noble”). This sincerity was the basis of heroism by which they valued doing what was right over doing what was personally advantageous, and thus not only would sacrifice themselves for the common good, but would avoid the mundane pitfalls of greed and gluttony and stupidity because they had something to which to compare these things and find them wanting. If you are accustomed to having the wisdom of the stars, what is a 12-pack but distraction? You might drink in context, with friends, but by having a bigger context than simple intoxication you avoid being lured in by the linear promise of alcohol as a replacement worldview. Sincerity was not only good for society and nature as a whole, but it was good for the individual, as it gave them something larger than themselves to nurture and believe in, thus removing the sting of death and teaching them healthy living at the same time. In traditional worldviews, the universe was a supreme order worthy of reverence and awe and a form of love for which we do not have words today, but did not demand such things; we knew our place, and our place was like that of ants to an oak tree, both essential/integral and at the level of detail.

Sincerity obliterated the idea that we could pretend one linear factor determines the whole; you cannot make someone live longer only by feeding him better food, as diet is only one of many (exercise, genetics, wounds) criteria that determine the length of survival. We like to pretend that one factor determines the all, whether we call it truth (or “truth”) or God or money or television, because it makes us feel as if we are in control and thus our mortality is not real, or at least deferred to the point where we can ignore it without feeling foolish. Our rigid linear orders are not realistic and therefore demand that we create great ziggurats of exceptions, such as “To kill is wrong” to which is added “Except to kill killers” to which is added “Except when they’re insane or retarded or of an ethnic minority or Christian women who drowned their children.” We patch together these pathetic, incongruous idea-trees because we want that in control feeling, and even more, we want it personally, which is the ultimately linearization of life: it can be divided into “what’s good for me” and “what’s bad for me,” and needs no further analysis – this is individualism, which in the philosophical definition means placing individual preferences before everything else in the universe! We create chaos by making rigid rules because there is only one rigid rule, and that is reality itself, which per its flexibility is not as rigid as human absolutes. To pretend one thing is the whole (or “represents” accurately the whole), when reality operates differently, is to be insincere. Could it be the simple fact of our downfall, then, that we have lost sincerity?