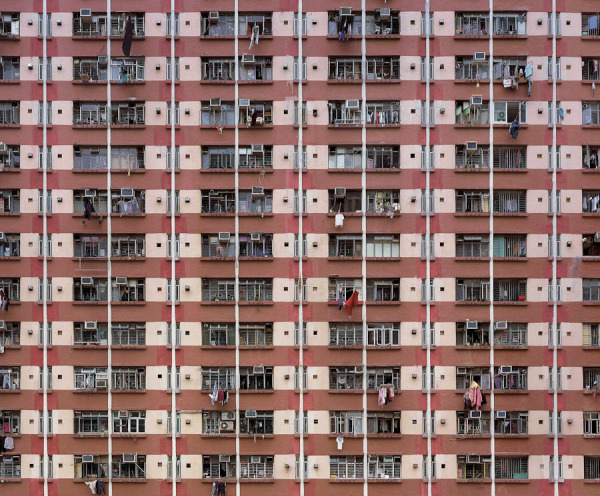 It is probably not an exaggeration to say that those who have experienced life respect endurance. In this world, because chaos is its lifeblood and its way of stress-testing any variation before it happens, you have to take some whacks before your idea gets accomplished. You might starve a lifetime, lose a war, collect a mountain of rejection slips, or even spend decades in jail, but if you keep at it, the world in its benevolent wisdom smiles upon you, eventually. However, this bittersweet platitude is balanced by a hard fact: some persistence is pointless because even if the desired change is accepted, it will not fix the problem or change the overall outcome.

For example, we might have a sadistic laugh at the expense of worldwide liberalism, which might be summarized as the concept that personal empowerment equals the best government; it’s a highly contrived form of utilitarianism that does not rely on central control. Focus on the individual is the herald’s call of the left; Focus on the community is the unstated maxim of the right; the third front, being wily bastards, say Focus on the ideal through which our community complements cosmic order, and at that point, lose everyone’s attention including that of their own Gauleiters and Reichsmarshals (idealist philosophy is best undertaken only by those with at least 150 IQ points, preferrably more; this is why Jim Morrison, Hitler and Buddha got it but their followers mucked it up consequently). In this context, we can see the continuous liberalizing trend – more focus on the individual, on the ownership and political rights of the individual – as an unbroken chain of leftist ideas that, amusingly, coincide with the collapse of will to accomplishment in our society and hence the rise of “let’s divide the spoils” logic such as capitalism, communism and marijuana mooches.

However, we have to ask ourselves: and what did this achieve?

This vast tide of leftism, emerging from our distant history and culminating in the luxuries afforded by the internal combustion engine and populations in the billions, has it fundamentally changed the predicament of the individual? No: most still work for those who own them almost literally through debt, and while they might have “freedom,” the important freedom – time apart from the tedium of money and bureaucracy in which to appreciate family or interests – is lacking. Yes, they can move anywhere – if they have the money. They can say anything, as long as it doesn’t offend, and anything truthful will; if they offend, they had better be rich, because they won’t get employed again. They can express themselves however they want, as long as they don’t need an audience, since the media barons have far more influence than individuals. In short, they have the freedom to do anything harmless, but beyond that, they’re in the same predicament they’ve always faced – and it is the “beyond that” which not only encompasses most of what is meaningful in life, but anything that would be needed to make change to this system.

I have to ask leftists what all these years of campaigning have gotten them. Women can vote. Minorities can vote. Gays can marry. Pot might be legal. But jobs are still tedious, and there are still social taboos. Smart people are still in the tiniest of fractional minorities, and most people still waste their money and do destructive things. Our rivers are clogged with trash, our streets inundated in cars going nowhere important, our air filthy, the species we once counted as glad companions vanishing… and our “freedom”? What has it achieved? It has changed the details and missed the larger point, and therefore our “freedom” is the greatest guarantee our oppressors could ever need. It’s like a football game: whether the home team wins or not has zero bearing on life as a whole. Liberalism is like putting uplifting, hopeful, positive wallpaper in a jail cell and giving prisoners the “right” to scream obscenities, since they’ll never be released.

Similarly, you have to wonder about other activists. Neo-Nazis seem to want to keep the fight going, instead of doing something practical like influencing society outside their tiday little camp; anti-racist/anti-fascist people are even more insane, and simply want an excuse to torment others, something perhaps as binarily open-and-shut as “fascist=bad, multikult=good.” The people who hate abortion and the people who love abortion can now be seen in the context of failure, which is that a 30-year cycle determines what will be popular. These political positions are all chosen for their clear identity as opposition to other ideas, like a pyramid made of negative reactions to whatever is proposed. For each idea that exists, the counter-idea is roughly equally popular. This is where the society of constant debate and critique gets us in democracy; we wanted more discussion, more freedom, more rights. And what do we get? Incessant bickering that as soon as it reaches a conclusion, undoes it on the rebound. Democracy = stasis through constant debate. It’s a boon to those who would control us, as it gives us the illusion that we can change our world, but because every action meets an equal counteraction, ends up preventing any change of meaning.

When I look at this kind of futility, the sad old truth hiding behind new and more creative appearances dawns on me: most people were bred to pick turnips, shoe horses, fight battles and create masonry. They’re not capable of philosophical thought, and not inclined to it, which prevents them from making any real sense of politics, although they can fake it. This truth – that not all can do the thinking necessary to make decisions – is their Achilles heel, and they do their best to mask it by insisting on “equality” of wealth, of opinions, of representation, and so on. That political stance however is like a drug addict insist that rooms not be searched, because that’s where he keeps his stash — their political “activism” is limited to covering up their own shortcomings. For this reason, all of their other futile political inclinations exist so that they feel a sense of identity and importance to the constant bickering, instead of a desire to actually solve problems, and because any task which is approached for the wrong reasons ends in futility, so does their entire political experience.

The system that has them thinking they should be “equal” and politically active is to blame here, because it is not a bad thing to be a turnip-picker, although a horrible thing to be a turnip-picker pretending to be a king (we’re all indoctrinated as to how the royalty became inbred, but the inbred ones were the minority – the rest were good and often great leaders, yet we never hear of this – think carefully: why is that?). Putting people who cannot handle a task in charge of it is a good way to make them cover up their shortcomings, and invent political dogmas to conceal their own incompetence. They will create a big lie (“freedom”/”equality”/”peace”) to hide their most fundamental lack of ability, and then as if selecting television shows to pass the time until death, will invent a succession of smaller issues to amuse themselves and to give them an identity, and deep down, they will thus be content with the fruitless process of endless debate lacking results. And what sicker thing can be imagined than to be pleased with futility?