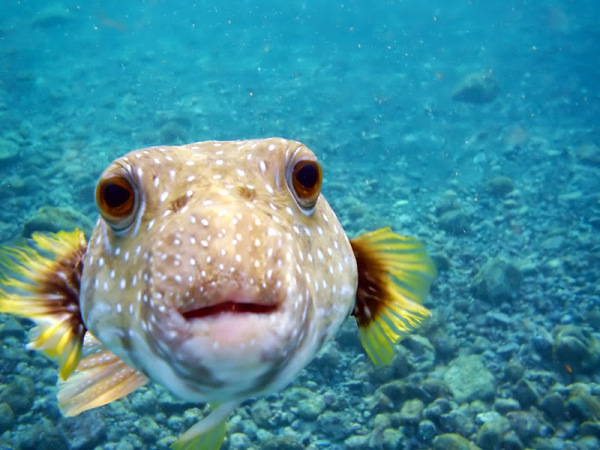 Pacifism may well be one of the most ludicrous doctrines ever created. Not that giving up one’s life for an ideal is bad, but that the ideal – peace and not constant conflict – is insane. It presupposes a world where everything is done right the first try, which if you think about it, is a world where there is no chance for change, since there are never empty spaces which need filling with new actions. Pacifism hopes to still change, and it generally does it out of fear. It should not be confused with sacrifice, which is what happens when one decides there is no way to avoid dying in a situation but that the situation is worth dying for, and thus one elects to give up one’s own life as a means of forcing change. That in turn should not be confused with being a drama queen, which is what most prophets do when they commit suicide-by-reigning-authority-of-the-time.

However, there is some truth to pacifism, in that often people confuse retribution with warlike action. Retribution in and of itself is not warlike, as it is fundamentally passive; the aggrieved party feels that a wrong has been committed, and demands “equal” suffering to “repay” that wrong. The warlike alternative of course is to conquer the offending party, because that ensures that the problem will not happen again and honors those who were aggrieved by making their suffering significant; suddenly, they have suffered not for no reason but as part of the long chain of events that culminated in the glorious conquest, massacre, rape and defilement of a worthy enemy. That’s healthy thinking. Retribution is self-pity unless it takes this warlike form.

In our modern society, we have plenty of opportunities to see retribution at hand. Like most forms of passive action, it targets the symbols of certain problems instead of the problems themselves, and thus it makes most people – the undifferentiated mass who are part of such an entity because they possess no unique skills or gifts, no higher consciousness or greater moral awareness, and no desire to have anything but a part of what already exists; they are not creators nor conquerors, but turnip-pickers and past and future slaves to the brighter ideas of others (if they’re well-behaved, we call them thralls, or laborers; if they’re mailicious and resentful, we call them undermen) – “feel good” about the situation without having achieved anything. This their favorite state of mind: all self-image, no sacrifice or action required, with the illusion of emotional change “just like in Braveheart.”

Retribution, in short, is the metaphysical equivalent of taking drugs because your life sucks. Woe is me, etc. etc., and therefore, I deserve something to make me feel better, although no word on how that actually solves the problem. When the drug wears off, the life still sucks, and so more of the drug is needed, since the problem itself is well on the way to being rapidly insoluble. Target the image, not the reality. Focus on the manifestation, not the structure. Look toward the animal feelings and sensations, not the metaphysical and the psychic reward of accomplishment and creation. This is the descendant path, and it ultimately leads to untermenschenheit, or the state of being an underman. It is also by far and above psychologically easier than trying to do anything important with your life.

What has retribution wrought upon us here in modern society, and is it really as addictive as crack cocaine with frosty chocolate toppings? We have a war on drugs that results in our children being body-slammed by cops in full military gear who descend on them from armored vehicles. Despite thirty years of this escalating retribution, the drug problem is still in full flower, and shows no signs of abating. Politicians look for an answer and, finding none, elect to appear “strong” instead and thus vote for a succession of more extreme sanctions against drug lords, drug users and the like. The result is more people in jail with more lives irrevocably destroyed, but drugs continue their steady march toward victory. All because we address appearances and not reality. (The reality is that people, made slaves to industry without a culture that rewards them psychologically for doing well on a metaphysical level, experience great restlessness and often self-medicate; some are hopeless fools, and others are actually normal, healthy people on a depressive kick.)

The same thought might be extended to terrorism. We rolled over some people, long ago, and they lacked the weapons to fight back in kind so started blowing up our planes, killing athletes, and the like. Did we attempt to understand their motivations, e.g. the structure behind why they do what they do? No; we preferred to demonize them, and escalate immediately toward more brutal sanctions. The problems that cause them to be terrorists remain, and now they’ve got proof that we’re bad guys, since we not only ignore their side of the issue but attempt to bomb, arrest, sanction and invade them into docility. Retribution has not worked here either.

There are mundane examples too. Every year the fines for moving violations in cars increase, yet the violations themselves do not. If someone ever studies this issue in depth, they will probably find that the more we punish and fine and arrest those who speed or run red lights, the more they find themselves alienated from the idea of being law-abiding. Tell someone they’re bad, and strike hard at them for a minor and forgivable infraction, and use it as a cheap excuse to take your money, and they no longer feel guilty – they hate you and think your law is a lie (and they’re probably right). Soon it is no longer a question of responsibility to a public standard of good faith behavior, but a question of avoiding yet another scam even if it comes from governmentally-endorsed, uniformed fraud artists. And what about spam? More laws, resulting in more expense and restrictions on our email, but does the problem go away? (Here the solution is simple: we don’t need defective people who are so insecure they fall all over themselves buying penis enlargers, viagra, porn, etc.)

And then there’s corporate regulation. Every time there’s a blow up and some lumpy CEO is found guilty of absconding with billions so he no longer has to deal with the rest of us, there’s a cry for action, and retribution it is! Laws are written that require more paperwork, more bureaucracy and ultimately more expense that is passed on to the taxpayers and those who must deal with the corporations in question. Often it is not monetary cost, but increased time spent dealing with rank and file tedium. Does it make our lives better? Does it solve the problem? Inevitably, the laws are circumvented or outright ignored over time, as they have become hated for in 99.9% of all situations doing nothing except increasing cost, boredom, annoyance and wastepaper. If you have recollection beyond the memory hole, wait five years and you’ll see Enron, Worldcom and the like being played out all over again with a new set of actors. “How could this happen?” politicians will wail.

There are abundant examples of retribution failing. It’s an emotional response, not a logical one, and thus is doomed to fail in any situation. However, it’s a crowd-pleaser. This tempts us to take retribution on the crowd, and to attempt to punish them and to make them suffer for what they’ve done, but history teaches us that the best revenge is success. For that reason, our only recourse is to stop the culture of retribution by ceasing our attempts to find crowd-pleasing responses, and instead, by taking on the difficult questions of motivation and cause to solve the problems that initiate the symptoms that prompt retaliation. We don’t need to punish the crowd, but as soon as we stop thinking in terms of public image and making people feel better instead of fixing bad form in our social design, we will have replaced the culture of negative retribution with a positive, forward-thinking outlook.