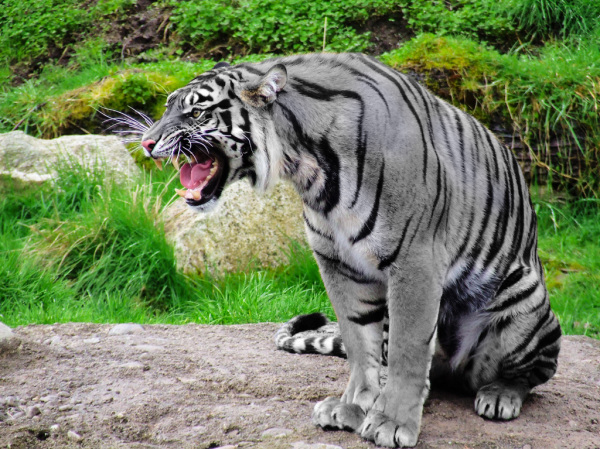 At some point, the West decided it would rather roll over and play dead than deal with the existential stress of having to constantly assert it. To be top dog means you have to act like one, and fight off all incomers, and at some point, people opted for personal comfort instead of being assertive. They justified it of course by saying they weren’t interested in “just image,” sounding of course like the exculpatory defensiveness of a stoned teenage metalhead explaining why he is, in fact, doing nothing with his life. Sour grapes, as the saying goes.

In the west, there was knowledge of what it was to keep up an empire. It had happened for centuries at that point, since the people of Central Europe went into the far north and thus rid themselves of any genetic strains that could not handle waiting a long time for gratification, and doing what raises one’s environment to a higher degree of order regardless of the costs. They had during that expansion merged with the lower white races who had not made that pilgrimage, and picked up remnants of the collapsing Asian and North African and Semitic empires into parts of their bloodline. What it was to be European was changing.

Because they had decided to be pacifists, and not warlike, there was no overall challenge made to this. Anyone who did challenge it was seen as intolerant and mean, and un-Christian, and just downright terrible and unsociable. This caused others to have a second thought about speaking up; most of them turned in bitterness and said, “Well, it’s your funeral, but I’m going to have my life and you can’t touch me as long as I don’t violate this taboo.” The undermen – the only people who are ever threatened by anyone have higher-than-mediocre standards – rejoiced, for they knew that in time, they’d take control.

The undermen of course, come from within, and they’re very present with us today. There are plenty of Indo-Europeans. The problem is the quality of today’s Indo-Europeans. They tend to be small, snivelling people who are good at having office jobs and not offending anyone at parties, thus taking home enough bucks to buy their way out of the ghetto, to get their kids to college and have enough medical insurance to survive the inevitable cancers. If it came down to the line, they’d rather not miss a meal than take on a heroic quest. Although some of them are quite healthy, that number declines every year.

Indo-Europeans at this time tend to be people of mixed tribal heritage, more and more, and they are slowly (1%) beginning the infiltration, again, of bloodlines of other races. Consequently, we’re getting even more weird looking people than ever before, because as is obvious, if you mix two differently specialized things, you’ll get a weird offspring. We have one Halle Berry for how many million mixed race people? And there you go. Even more, look at the average “100% white” person in America. A mishmash of English, Slavic, Irish, German and French, ending up with something of uncertain origin and purpose. We’re making generic people. The undermen love that, as it gives them a good hiding place.

Undermen come about anytime there is a lack of heroic challenge, and therefore, people who cannot act heroically and think holistically are allowed to breed. Traditionally, these people breed more than heroic people, because they are scatterbrained and invest less effort into each offspring. Why are they scatterbrained? Because they have no complete logical philosophy with which to guide themselves. They’re bullshitting their way through with bits and pieces there. You can hear these people everywhere talking about philosophy as if it were shopping: “Well, I liked this from that, and that from this, so I put them all together and I’ve got my own unique incomparable special philosophy” — no, enough with the idiocy. You’ve got a philosophical soup that doesn’t stand up to inquiry. (Of all the people I’ve met of this nature, there was one who came close to having a unified outlook, and he flaked out after the second round of analysis.)

Yes, pacifism. Isn’t it nice to stop trying – to give in – to relax, to just stop worrying? No longer stressing yourself, not striving for anything, not fighting for anything – it’s so easy. Just let it all go away. Stop trying to do better than average; just do what’s enough. Why push yourself so hard? Girlfriend, you’ll be all stressed out if you do that. Chill out with your bad self. Maybe do some things for The You so you feel good. Go shopping, get yourself a new DVD (that movie where George Clooney saves the AIDS victims from Iraqi Nazis in the Florida Keys) and maybe have a Frappucino. Life’s made to be enjoyed.

When you don’t fight, you’re not testing yourself. When you’re not testing yourself, you’re not striving for anything greater. Doesn’t it make sense that each generation should be better than the last? That we should push ourselves, and grow, so we don’t have a constant void of meaning inside? If you think about it, and think you might be able to pull it off, it does. If you’re a creeping Underman (or – oh so PC – “underwoman”) you’ll hate this idea. What? Your entire life – all its meaning – might go away! You could die, or be embarrassed, or be ostracized! Oh noes!

Our ancestors believed in a world beyond the material. It wasn’t a tangible world like the Christians believed, but it was far from the negative viewpoint of the Jewish faith, in which there is nothing but the material so you might as well be comfortable. Islam, Christianity, Buddhism and Hinduism are all of the non-materialist nature, with varying degrees of adaptation. Those religions represent an advancement over the primal and go-nowhere, know-nothing nature of Judaism. And what has happened?

(The ancient Indo-Europeans considered it positive to be “warlike.” That meant taking an active, aggressive role in solving problems, in leaving in every place a higher order of organization than had been there before. This sometimes required brutality, as when slaughtering and raping lesser tribes, but in fifty years, those tribes were twice as adapted as they had been previously. Evolution is an example of this warlike belief in action. In order to take on this heroic view of the world, one must acknowledge that the individual is a transient state, and that when death occurs, if a higher level of organization was achieved, that is more important than the individual’s suffering or death. It’s a self-negating, but whole-life-affirming, philosophy. It requires one to look at the big picture, namely an order on the cosmic level, so that one can place oneself within it and not have one’s world be limited to one’s self. This is how idealism becomes realism and then returns to idealism; the world operates like our thoughts, pushing down the weaker and accelerating the more adapted. If the world works this way, we must put it to use in the physical world and acknowledge its operation – that’s realism. When one has achieved this state of realism, it is celebrated by a return to idealism, in which one sees the cosmos as a giant mind calculating optimal order. But this philosophy is not for Undermen, who are so underconfident they only accept philosophies which glorify the physical self, its comfort, and its whining drama. What did the ancients seek? A higher order. In everything. And what do we seek now? More cable channels, and better treatment of retarded obese lesbians?)

We’re sliding backward, through pacifism. People don’t believe in striving for anything, thus over time, natural selection rewards the most pacifistic, and we get short, dark, squat, dumb, passive, sheepish, chronically ill people. This is fine for industry; all it needs are people to pull levers and file reports. But what about our future? Love adversity and love aggression, especially against yourself by challenging yourself to greater heights. Anything else is just an excuse.