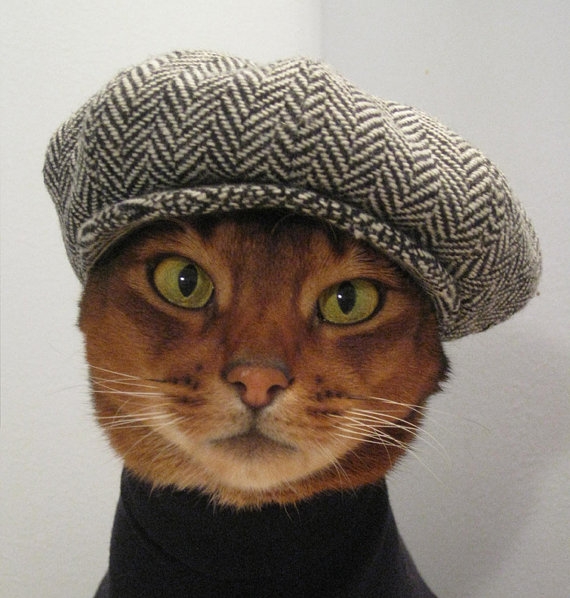 Those who have been on the net for some years will appreciate that its audience is getting increasingly obtuse. Part of it is net culture, and part of it is natural microselection: those that have something else going on attend to it, leaving only lonely disconnected geniuses and total retards to populate the net. Most people come to the net to find a social group, but others do it to leave behind the tedium of everyday socialization.

This in itself is not a problem. What is problematic is how passive and obtuse people on the net have become, in part because they deal with other people of the same nature. They literally cannot understand anything outside their past immediate experience, judge the world only through terms of their own ego and self-image, and are incapable of taking any kind of action to change the things about which they complain. (These people almost perfectly prove arguments against democracy.)

It’d be nice and convenient if the cripples were limited to a specific belief. They’re not. Any political view has a majority of these people. Obtuse is the best word for them: they are blind to anything but what they’re thinking, and their interpretive powers, already weak, are further attenuated by a desire to not accept anything they have not personally been championing. They derive identity from their viewpoints, and see themselves as ‘unique’ for what they believe. I ask this: if there’s a right answer anywhere, why would you want to be unique when you could simply be correct?

One great example of this is the politics people. On one hand you have the diehard rightists, who rant out the same crap that’s failed for fifty years and are happy to keep failing, because they don’t actually care about making change. They want a clubhouse where they can feel unique for being the only people who figured it out, the holy truth itself, so they can point fingers at others. You were stupid! they say. But they’re ineffective.

It’s not rocket science to figure out that Nationalism doesn’t need ‘racism,’ per se. I’m not going to deny differences between races, or even their ranking in things like intelligence and physical ability. There are differences. However, my argument against dwelling on that is two-fold: first, it’s not relevant to the question, and second, it’s dangerously prone to being unclear in such a way that it requires a religious belief that can “go polar” in the believer.

First: the question is not whether other races are inferior or superior. The question is why they need to be separated and eliminated as breeding partners. The reason for this separation is preservation of the unique racial and tribal groups on earth. Even if Africans were 200% smarter, stronger, etc. than white people, you STILL wouldn’t breed with them, because it would destroy your own race. Get it yet? What they do is totally not relevant. What you do is relevant.

As a side note to the first point, I’d like to add that race is only one part of Nationalism, as a subsection of the Nationalist belief that each population is an organic entity. DNA passes along design instructions and some forms of knowledge via innate, intuitive tendencies. This is at least 80% of what determines a person’s ability and function. Good breeding and eugenics, population control, racial separation and tribal separation are thus parts of the same issue, which is a part of Nationalism because Nationalism escapes the modernist individual-utilitarian viewpoint as sees societies as functioning, living things.

Second: Any belief system had better be crystal clear in its structure and reasoning, or it gives way to religious thinking, which goes along these lines: “You believe this 100% and justify your belief with your belief.” Such systems collapse in ugly ways, usually sending people 180 degrees in the opposite direction – a consummate problem for White Nationalists. How can this occur? Does it mean that racial differences don’t exist? Hell no, it doesn’t. It means that if you brainwash people into thinking overly simplified things about race, when doubts do intrude, they’ll smash everything to hell.

One reason most White Nationalists are morons is that after several generations of screwing this up they’re no closer to a solution. They keep trying the same dumb, simplistic thing, and it keeps not working, and they keep finding someone else to blame. These folks need to realize that they’re actually working against the interests they claim to serve. They’re weakening the Indo-European races and destroying themselves by insisting on hammering round pegs into square holes. It does not work; change strategy, or give up. The reason it does not work is that it’s an oversimplification in the first place.

Race is a general category. Within each race, there are variations among the individuals, with some overlap in certain abilities. However, each racial group is optimized for certain functions, and these very rarely overlap in whole, meaning all of these functions at once, as a non-linear ability profile for the individual. When you try to linearly define superior/inferior without clearly having defined a task, you launch a contextless absolute like “freedom” (as in terrorists-hate-our) that makes little sense. There are smart Asians, Africans, and the like; trying to prove that all of them are stupid or useless is a failing proposition, and you convert thousands of people away from your cause because they meet a smart black person or have an Asian friend.

The only way to see this issue is pragmatically: you wish to preserve your own tribe, because without National groups as organic entity, there’s no hope for a future human society. This requires we separate the races. It doesn’t require anything else. Whatever you think of the general capacities of Negroes or Asians, it is irrelevant to the question, because all that you need to know is no mixing because it will obliterate your own group. That is solid reasoning. There’s no place on the earth where there’s a detailed description of what humans “should” be; objectively, we have have no reason to say an African is inferior to an Aryan. However, if you’re Indo-Aryan, everything but an Aryan is inferior because it is not Aryan; you wish to preserve your own group and thus you need no admixture.

(Some clever moron will make an inbreeding comment here. Science recognizes that with relatively few individuals, one can entirely avoid the problems of inbreeding. This hasn’t reached the moron contingent yet, most of whom are not White Nationalists. While White Nationalists frustrate me through their stubborn insistence on failure and alienation instead of success, which they could easily have if they just woke up to these obvious truths, I have to admit that almost all people are pathetically obtuse when it comes to such issues, and their own opinions are no more useful.)

Another issue where people are obtuse is philosophy. Academia is full of these people; they recognize only what fits a pattern they have trained themselves to see. This means that they only approve of things that hit certain keywords or conventions, and whenever they see something they disagree with, they begin to argue against it with a pre-memorized case that they apply to anything in that general topic area. Of course, to someone familiar with argumentation, this is a ludicrous idea, but these people are – underneath all of their pretense and education or pride in the lack thereof – not skilled at argumentation. So when a stimulus pops up, they have a canned response, and most “debates” with these people consist of them arguing against something that exists in their own minds, instead of the case at hand.

Many of the responses to these articles fit into this category. In addition to the above “anti-race” argument, inbreeding, there are witty comebacks aplenty: If you’re against overpopulation, why don’t you kill yourself. If you’re a nihilist, you can’t believe in nihilism. You can’t prove God doesn’t exist. God exists and he’ll show you, someday, when you’re dead. Et cetera ad nauseam! Why we’re even burdened with this repetitive ignorance is – well, is strong argument against populist democracy. Most people lack the ability to understand or formulate argument, and it’s why they should have zero political power and be oppressed if not outright drummed out of the gene pool.

F.W. Nietzsche had an aphorism where he described sensitive people are recoiling before the world before them, but normal people, whom he compared to drunks, being numb and thus immune to all kinds of pain and discomfort. The numb people are comfortable in a world of stupid, as they have programmed themselves to notice nothing, and therefore it’s all the same to them whether the world is insane or sensible. They don’t care, and consider themselves empowered for this. The obtuseness we see on the internet among the general population arises from something similar.

The fact is that digital communication seems to be more important than it is, as it allows one to directly change the symbolic language to which other people respond; this is why WikiPedia seems to be an authoritative response, and why flamewars come about as people try to virtually destroy each other in the only way they can access, namely emotions. These things are artifacts of virtual existence and not its strengths. If you put one obtuse person into such a situation, his or her numbness is so abusive (you can either waste all your time explaining things this idiot cannot understand, slowly, to them, or become numb yourself) that everyone else in the situation becomes a numb abuser.

Thus obtuseness is born, and spreads like a cancer, much like the ignorance of modernity itself. What makes it interestingly tragic is that those who are obtuse are literally enslaving themselves to their own depression and failure. Because they allow themselves to become numb and obtuse, they are unable to see how much the power for change is in their hands. Volunteer a little effort here and there, and you can start a tidal wave that floods from the net to “real life” itself. Many have done it, and many more will.

It can happen in politics, or culture, or art. Most people who are obtuse, like blockhead White Nationalists, don’t actually desire to solve the problems they complain at length about. As a friend mentioned, everyone in NYC has a big political opinion (my response: and how many are serious? less than 1%, especially in that rathole). People on the net talk big and are too numb to recognize the power of change when it comes their way. They cannot even successfully help on projects at their favorite websites, preferring to hide behind a small cloud of excuses. In doing so, they continue their own slavery and misery, and by preferring to spout off instead of doing anything, dig themselves deeper into depression. Let’s hope they all suicide, because the world has enough extra billions we can afford to lose a few bigmouths who cannot actually contribute anything.