Nature is a Bug-Wrecking Factory 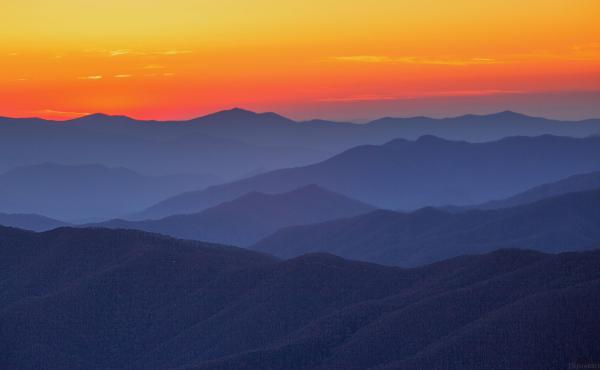 In New York, they cannot imagine why someone would choose to live in heathen, dirty, uneducated, Republican Texas. It is simply so un-hip, unglamorous, and the shopping has nothing on fifth avenue. When, as good nihilists, we strip aside all the social pretense and morality and politics, we can see Texas as it actually is, which is a good-sized chunk of land that contains at least five distinct ecosystems, and infinite numbers of wonderfully bizarre bugs.

Specially adapted, these species occupy niches in the environment which are still unknown to science, and their shapes and colors reveal this position. Strange mandibles rise above serrated limbs, and wings come in innumerate shades of translucent color. You can wander through these woods in summer and see a new kind each day without even trying, although you will be trying to swat away the impressively bellicose mosquitoes. Each variety has its own form as inspired by what it eats and what it avoids.

There are moths that you cannot tell from tree bark until they move. Cicadas dwell underground for seventeen years, then emerge as gnarled warmachines with razorlike claws, worthy of an underground Japanese monster movie. Worms drop silently from silk enshrouded branches, and multitudinous ants move under a layer of leaves, invisible. Praying mantises like wrought iron stand immoble until their prey is exactly within striking range, and then they obliterate the present tense because suddenly their stillness is past, as is their strike; they dwell patiently in the future, eating or waiting, because their movements are too quick to be captured in current time.

There are giant beetles with pincers bigger than any limb, spiders brightly colored as if to warn enemies like children shouting into dark rooms, wasps that hover and paralyze their victims, carrying them off to become zombified food for imminent young. Not only is Texas home to millions of bugs that, once you see how their form mates to a function, are beautiful, it is also a gigantic mixed martial arts competition between bugs. Nature makes them, and out of the eggs they stream, violent and vigilant, ready for war. When they collide, one sees the strength of each design matched against an equally strong will, and that which has the advantage wins. Nature at these moments is an enormous bug-wrecking factory, as if searching through uncountable possible blueprints for the future of each type.

It is not only militant, but playful, because these bugs are without emotion when they grapple. They perform it as a function like eating, seeming to relish every moment of stalking their prey and then sucking out its innards or embalming it in strands, stabbing through its exoskeleton to inject parasitic larvae. It is a dance, when these bugs confront one another, through the detritus of the forest floor or high above on the lichen-speckled branches of ancient trees. They show no fear, or anger, but move toward it like any other fate that waits them, as if more curious to see what happens than concerned about their own mortality. They live, and die, without blinking in the stare of eternity.

This reminds me that whatever force created this universe is present in all things, as if each of us were a device driver or daemon running on a giant UNIX system, and that in its purest gaze, nature is not afraid of death because it does not die, even if its objects are destroyed and consumed. It is eternal, and whatever force engendered and sustains it grants consciousness to its bugs much as to its humans, aware that when they die, consciousness flows back into the whole and then out again to a new set of creatures. Life cannot die (barring ecocide by selfishly individualistic humans) but death is one of the colors of its palette, an unavoidable ochre to stain the canvas so that a watcher might feel an emotion in the contrast as the eye passes over form and vision, a story unfolding.

Like us, the bugs fight it out, neither creating or destroying, but preserving an eternal balance which affords consciousness avatara in which it can exist perpetually. Selfless and fearless, bugs engage in combat knowing that their deaths are meaningless, in that through the massive digital computer of nature their designs are slowly tested in architectonic millions of ways, bettering them at every increment. Through these better designs, the machine of life becomes more efficient, leaking less energy through inexact tradeoffs, and pumping life back into its origin so that life can return eternal. There is a massive spiritual peace in war and death as in a sunny day or the birth of a doe, and it is all as natural as our angers and fears and loves.

In the ancient religion of my forefathers, which some call Paganism and others Hinduism, there were many gods but all things came from the same godhead, which was like a great brooding consciousness not outside of the world but present in all of it; it does not exist outside of reality as we know it, but through its will, manifests that reality and thus comes into observable being. It does not judge, and while it makes flamboyantly specialized creatures and thrusts them into neverending war, it is creating while it destroys, and destroying in order to create. It alone is a perfect balance. When I walk in the woods and see nature’s bug-wrecking factory, I am looking into the parentage of the gods and man and nature alike, and it touches my heart with appreciation for the genius of life.