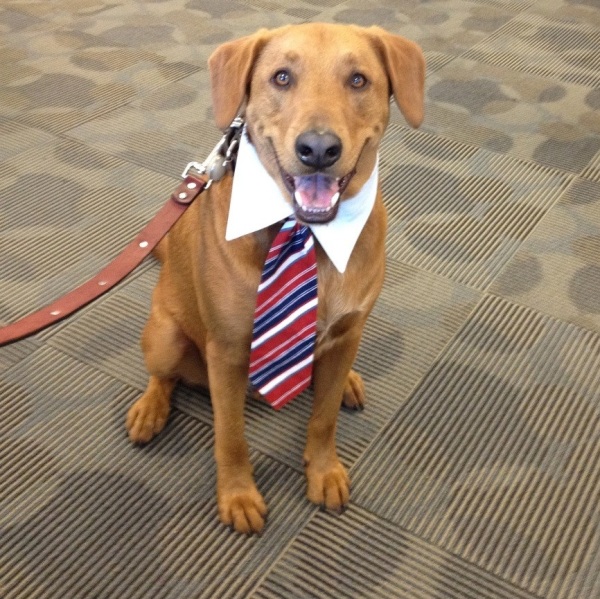 For Mr. Meek, most days are average days. Unless someone dies or he is promoted, he does what he must and is thankful for it. Meek is not stupid enough to think positively of the world, because he knows that most people out there will take his money and hide his body if given a chance. He knows this in part because whenever he can, Mr. Meek will “beat the system” — adjusting a price tag, sneaking into a movie theatre, raising prices at his shop, taking extra deductions on his taxes.

He would never, however, assault someone and directly take their money.

Meek is reasonably good at what he does. He might be a bank manager, or run an auto parts store, or be a lawyer or doctor or plumber or even police officer. His job roughly matches his vision of his abilities, which is somewhere in the middle between the drones who can do nothing but rote tasks and those he admires as geniuses who make tons of money, invent things, or become Hollywood stars.

In Meek’s view, modern society is the only way to live: in the past there was no technology, no medicine, and what existed was a feral society in which people were as likely to assault one another as collaborate. Humankind has raised itself from a primal past toward a better future that is ongoing, because if we spread the wealth opportunities and freedom of modern society, all people worldwide will become civilized and non-violent like Mr. Meek.

As a result, Meek does not have strong political allegiances. Most commonly, he is conservative when it comes to foreign policy: get those little Hitlers and Stalins and crush them. Domestically, he tends to be liberal, because he wants to spread wealth and freedom to all peoples. He enjoys different cultures and likes to be able to on his days off go downtown and try different foods, entertainment events and boutique art objects from all over the world. Convenient they’re so close by.

Meek also tends to be concerned about environmental and civil rights issues. He does not want to destroy the planet, and he believes that granting equal freedoms to all will bring peace; in his view, the violent ghetto will become civilized when it too lives a comfortable middle class existence. The keys to this, as he is fond of saying, are education and opportunity. Give them education and give them good jobs, and they’ll stop drinking, taking drugs, raping, shooting each other, and threatening the comfortable middle class existence and property values of Mr. Meek.

He favors sexual liberation too. To Mr. Meek, life is best when one can have as much sex as comes one way before marriage, but after marriage, the contract is sealed and the partners have purchased one another. This way, he thinks, women have the same opportunities as men and will join them in equality and the tension between the sexes will decrease. They can consensually have sex in whatever ways they want and then go back to jobs and eventually marriages.

Mr. Meek tends to be bearish on drugs. These he associates with crime, degradation and low salaries, so he supports a strong crusade against these. Drugs lead to nothing productive, he thinks, and threaten us all with a false spirituality. He does not mind when entertainers mix themselves up in drugs, but he is less inclined to buy their product after that. Mr. Meek believes in the counterculture, and its statement that normal life is boring, because by living normal life he knows this is true, but he only supports the parts of that counterculture that can be integrated into normal life.

When we examine Mr. Meek’s worldview, it can be summarized as this: civilize the world, and pacify them with wealth and opportunity and education, so that the Mr. Meeks of the world can live without interruption. He after all just wants his simple life — he knows he has no chance of greatness — his goal is that house in the good neighborhood, the family, the comfortable retirement and all the comforts of modern life.

He will compete for the trendiest neighborhoods but if he cannot get them, will comfort himself with a pessimistic philosophy: only the aggressive really win that, and he’s comfortable as he is. He both scorns the more competitive, and praises them, because he wishes he was that way. Yet when success does not come his way, he congratulates himself for not being a manipulator, not living that crazy life, and falls back on his justifications for existence: comfort and morality.

Yes, Mr. Meek is a moralist. Not the po-faced reactionary kind that shrieks about premarital sex and loss of cultural standards, mind you, because Mr. Meek’s about a bit of fun too and detests established, stuffy institutions. He’s not fond of hereditary aristocrats. Mr. Meek has a modern morality. He is not concerned with Victorian hangups about sex, or antiquated notions of culture or ethnography, and sees these as part of humanity’s dark morbid past. His morality serves his purpose in life: to live unmolested by those who, lacking comfort and education and opportunity, might get violent and take it from him.

This leads him into endless paradox. He sympathizes with the natives who want to keep their culture, like the Islamic nations, but won’t support violent terrorists; he may acknowledge, with a chagrinned smile, that without that terrorism he never would have heard of their struggle. Similarly, he likes African-Americans, but not dangerous organizations like the Nation of Islam or New Black Panther Party. He believes American Indians are the only legitimate natives in North America, but he’s not about to move. After all, he bought this house.

And what is the root of Mr. Meek’s morality? He wants to live uninterrupted by primal chaos, for sure, but he also needs a way to think of himself as something more than a drone: his morality. I’m a good person, he thinks, no matter what happens with my life. I am equally important and I bring that equality to others. I am what civilizes society even if I do almost nothing to that end. Mr. Meek is devoutly moral in a secular sense, because it gives him a justification for his existence…for Mr. Meek is, in his heart of hearts, afraid of being insignificant.

Yet his job and his membership in a vast crowd of people doing exactly the same thing do mark him as if not unimportant — well, if he dies tomorrow, what changes? What is lost? He needs some reason to feel he has value and cannot base it on traditional means, like membership in a community. After all, he is somewhat anti-communitarian: other than his votes and his donations to non-profit organizations, Mr. Meek does nothing for his community but live the good life in his own house.

Some call this “cognitive dissonance.” Knowing that he is not important, Mr. Meek naturally invents a different realm of competition in which he is. This is the justification for his existence, and even more, his justification to himself as to why he should keep living and breathing when his mode of living is in fact quite selfish. Mr. Meek needs to invent a reason why he is important even if that importance does not manifest itself in the physical world.

If Mr. Meek is in the dead social middle, we can find his cousins on either side: those who justify themselves by being more successful than he, and those who shrug off success in favor of social importance. We call these people Mr. Competition and Mr. Hip.

Mr. Competition is Mr. Meek in disguise: he has narrowed his field of vision to see only how to achieve success, and he goes for it aggressively. He wants to be the top dog and watch everyone else work for him. He usually does this to fill a hunger in himself, whether left by poverty or childhood beatings or a woman lost to a richer man, and he’s going to quash that, by God. Mr. Competition (“Compete” to his friends) is not troubled by morals, because he has delegated those to The Rules. If what he is doing is legal, or plausibly legal until he is told otherwise, he’s good with that because The Rules state that ignorance isn’t a crime.

Mister Hip is Mr. Meek in social camouflage. He’s smart enough to know that being with the system isn’t a hip idea, but being anti in any form is sure to draw him followers. Being with the system is a big target, but by being anti, you’re showing them you stand out. You’re unique. An iconoclast. Mr. Meek becomes Mr. Hip when Mr. Meek decides he cannot compete on a monetary level alone. He may have a decent salary, but there’s someone richer, always. So out comes Mr Hip, for whom money and social prestige are secondary — his goal is social prestige in those who are self-declared black sheep. The herd looks up to that, sorta, because they’re all sick of being the herd. But like Mr Compete, Mr Hip is still Mr Meek.

And so, you might ask, what does this mean? After all we each have a right to live our own lives; after all what do we expect him to do, save the world? — the world is composed of individuals. Together, what they do is civilization. Individuals together create our future. But what if they are like Mr. Meek? Secretly underconfident, secretly compensating for their dronelike lives, they are easily manipulated — and unlikely to take the crucial steps toward change, as that change would violate the ability of others to live just like Mr. Meek!

When we anticipate our future, we should look toward a change from Meekness. This does not mean that we shoot Mr. Meek, or that we degrade him, but that we recognize his leadership ability: zero. Liberal democracy and its fusion with industrial capitalism, modern society, depend on Mr. Meeks to keep living and voting as selfishly and underconfidently as they do know.

And what has this brought us? Climate change, a planet covered in concrete; boring jobs where we tolerate others more than respect them; a hierarchy that rewards weirdness and greed. A future of constant war with now nuclear-equipped nations. Cities that rot from the inside out. When one reverts into the self, the world outside decays, and it is these insular atoms like Mr. Meek who bring it about when they are in power.