Men Among the Compost 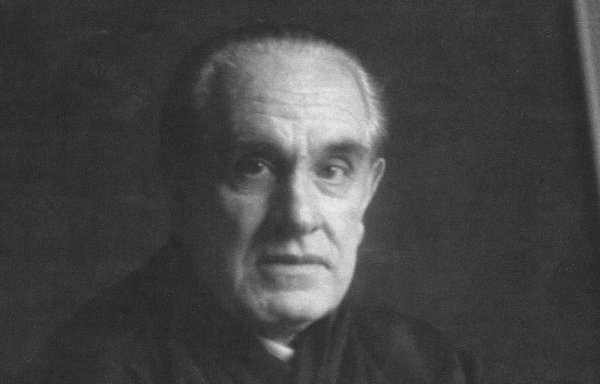 When Julius Evola wrote his treatise on surviving the error that is modernity, he called it “Men Among the Ruins,” meaning that people in a modern time exist in the midst of wrecked ideas from the past, and what has filled the void is failure, even if it hasn’t represented itself yet. Indeed, there is no better “proof” in the world than history, which shows that democracies inevitably lead to decay of consensus, and from that comes internal division, selfishness and collapse. No liberal-democratic, multicultural, money-oriented state has thrived for long, and none have risen to great heights; they live off the foundations built by their originators, and once these sufficiently erode, descend into the conditions we in the first world recognize as third world.

Now, of course, if you say this in public, the screams will begin. Our television is better than any other time in history. We’ve got all this great technology (saying this out loud will cause your computer to crash, immediately). The ancient Greeks had nothing on our pornography, and what other culture had the secret of MDMA? Not only that, but we have fast food on every corner, alcohol cheap in bulk, and the freedom to sodomize goats if that’s what your lifestyle calls for. We’re tolerant, and allow you to exist even if your only contribution is carbon dioxide. And did I mention our amazing rap music, situation comedies, video games and pornography? It’s a big self-referential loop: we are great because we have what we think is great. No one considers that greatness could lie outside of our definition.

I have found that recognizing what I’ll call “reality,” instead of truth, as to presuppose that truth can be shared between diverse individuals is to cheapen the meaning of “truth,” can lead to brutal depression. When around you error is witnessed in everything, not so much in the physicality of it – you can still get quality sausage, marijuana and music – but in the theory of it, or in the structural suppositions behind it, one tends to see the inevitable doom as a culmination of history. If I could give one thing to my people, it would be thus: we are not people among the ruins, but among the compost.

If you have ever lived on a farm, or had a garden, you recognize the value of compost. Plants grow and uptake nutrients, and convert some into fruit or seed, but the rest remain in the leaves, stems and roots, and when the season ends, go back into the earth. This process takes time, and clutter of plant detritus can choke a garden, so the smart gardener scrapes up the residue and puts in a pile. The forces of decay take over, and will keep a good compost heap steaming even in winter, as they digest complex forms and turn them into their basic nutrients, ready for a new season. In my view, civilization as we see it now is a withered leaf, and it is ready to be thrown into the compost, so that ferment and decay may render a new beginning which, just as bountiful nature makes cleanliness even from feces, will be fertile and clean for our reconstruction.

Or maybe – our construction – as the disease has run deeply enough that even the classical works that survived the purging and bookburnings of well-intentioned Christians need to be taken with a dish of salt. We don’t need to rebuild, using the template of the past, as much as build, using truths that are so basic that they exist in any age. For example, mortality will never be conquered, nor will the wisdom of choosing friends of good character, nor the spiritual wisdom that allows us to endure the harships of life (which are eternal; there is no Utopia) with perhaps whitened hair but resolute strength. We cannot give up on our love for life, and in life we see the truly eternal, as it is a process the predates humanity and will continue long after it. To some, that is a depressing thought, but to them I say: have a drink and learn to forget the boundaries of time, and look upon what is meaningful in what we have now, and will have for these years, much as the freeze of a winter night can surround a warm cabin filled with good friends, good music, good books and the strong spirit of those who can create and do so because they can look past hardship to see that life is great.

This compost surges around us in the cities built of fragile prefab which cannot resist hurricanes, and will in a handful of decades be dust when no machines and dutiful baldheads exist to maintain it, and in the lifestyles of people which lead them into decay and devolution, making them fit for nothing but conquest and slaughter. Indeed, one troubling aspect of the final stages of any civilization is that there is no enemy; you can’t blame the police for following orders, or politicians for playing the game, or the greedy businessmen for getting so wealthy they can afford to run away from it all. They are trying to survive it just as you are, and they recognize that when the decay is this far gone, there is little a single individual can do but lead a basically healthful life and to avoid being dragged into the decay, or compromising one’s own integrity to adopt the philosophies of this decay. This is values warfare: the values of an eternal, ascendant civilization against the philosophies currently in vogue that support the decay.

When contemplated, however, these values share one thing in common, which is a fatalism, or a belief that nothing can be done to be ascendant. To stop evolving, and becoming more specialized to be an upward-thinking human, is to stand still. Since time does not stand still, one becomes stranded in the past, and thus is devolving without taking any visibly downward direction. This isn’t to say that there must always be something “new” toward which to aspire, or some progressive vision to society, but that we must always evolve to higher, braver character and a depth of intelligence. The greatest civilizations in their prime emphasized these things, and here I’m thinking of ancient India, Greece, Germany, Rome and China, where a warrior spirit and emotional detachment was seen as the way to propel oneself to greater heroism, greater intellect, and greater gentleness and understanding of the world. A warlike spirit understands best of all when to make war, and when to make peace, but what makes it warlike is that it is constantly ready to assert an upward-thinking truth over the devolutionary behavior that is the default.

Humans, by their nature, are essentially gifted monkeys. We have the ability to make tools, and fire, and to build cities, but without some other impetus, we remain monkeys in cities. Our impulses are the same, our basic motivations, etc. This is the behavior that occurs unless someone sparks an ascendant impetus among the people, at which point they bring natural selection to bear on themselves and begin evolving toward higher goals. Their physical appearance changes little, but their inherent tendencies turn toward the ascendant and complex in character, since those who do not meet those requirements are selected out by being seen as unfit for such society. For this reason, near every great civilization in history there has been a shadow population, formed of the outcasts who have not met standards and thus have been exiled to places where the default, stagnant gifted monkey mentality prevails.

The great ascendant civilizations were rough on themselves. They sought comfort as a means upon which to build, and their primary goal was not pleasure-seeking but accomplishment, and from this they were able to create great art, architecture, war and learning. In our current time, this pattern has been reversed, since there is no consensus about which values to prefer, and every human is an island: our society is based upon satiation of individual desires, and has no collective impetus to rise above, as this means that inevitably some individuals will be seen as less important than others. Because we are fearful of this, we have low self-confidence, as we are untested, and thus have a paranoid fear of any collective goal that might promote some over their peers. This egalitarianism is less of a philosophy than a collective neurosis.

Why I’d call us, meaning those who can recognize this reality, “humans among the compost,” is that we are the seeds of spring and not the fully-grown plants of winter. Among people with these devolutionary values, we are misfits and outcasts, but their order grows old and begins to falter, since it lives off the fat of past harvests and has forgotten how to renew its wealth. Sure, it has money, but this money exists because it parasitizes itself, and through the notion of a barter-oriented society, creates vast profits from overhyped consumer goods and services. It cannot generate wealth; it can only plunder, selling to itself and as a result, growing exponentially, because one always needs more consumers to throw their money into the pile. Its biological form resembles that of a cancer more than an independent organism.

In this time there are many beliefs one can take. One can be a liberal, or a conservative, or a green or an anarchist, but in essence, none of these belief polarizations takes on the task of making a healthy civilization; they aim at fixing issues within society as it exists now, and that entity by its very nature does not address the actual issues. So to take these beliefs to an extreme is to joust at windmills, and to fight symptoms and not causes. Even the most radical movements of our time, fascism and bolshevism, were unable to do more than this. What is needed for us compost-dwellers is a vision not of how to “fix” the death-ready, but of a new civilization rising from the muck, and how it will like a healthy plant convert dirt into healthy springtime leaves.

For this reason, I encourage you to have happy lives, but never to compromise what you believe. You’ll have to compromise a bit, when you’re at some job and that real blockhead down the hall is patiently explaining that not everyone on the team understands what you mean by “the product doesn’t work,” or when you’re finding food and your choices are a drive-thru burger or the all-night tacos-and-donuts place. But if your basic values stay intact, be proud and be joyful, for you’re going to outlast this mess. It’s a suicide march, but you have the knowledge to, when this civilization says “On three, everyone die,” count to two and hit the road. You can build something better. And when the compost is raked, you will.