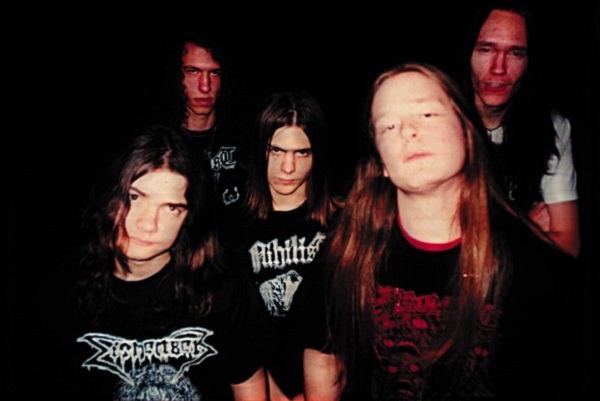 When I’m out in society, I often lie to people. I don’t do it to build myself up, or for any material gain, but mainly because it’s funny and it gets them off my back. “Why do you order only vegetables?” is much easier answered by “I have AIDS and it doesn’t cause conflict with my AZT-based regimen” than an explanation of a mostly vegetarian, pragmatic-ideologically-motivated foodstyle.

Sometimes I forget this and answer honestly, and that actually is when I get into deep shit. Like the other day I was at one of our HIV+ grocery stores here, all sparkling aisles and discount cards which if you add it all up means you still get the shaft, and I ended up talking to this Swede. It all started because he asked which brand of salsa I liked, and I pointed out that although the cheap options are very popular, the quality version would probably match the food quality to which he was accustomed.

He was startled. “So you know something of Sweden?” Hmm, I know some people there, I’ve read a bit about it and I’ve seen pictures and video. Like Swedish television? No, homemade stuff of people goofing around in normal parts of the cities. I don’t trust anything I see on TV. It looks like a really nice place.

Typically self-effacing, these Swedes. “Well it’s about like anywhere else,” he says. I told him I agree, but that the basic attitude of the society is highly developed. Not its governmental system – that’s a trend, as are economic systems – but its basic values, balance with nature and lack of fear of mortality. (You shouldn’t say shit like this in a grocery store, unless you’re Marilyn Manson. Then people can nod knowingly and say, “It’s the cocaine,” and feel as if they pulled one over on you, which is all anyone wants to do in an individualistic society anyway. Personal profit. It’s what’s for dinner, lunch, breakfast, brunch and any meal you invent.)

Tell me more, he says. So I break out the controversial point of my thesis: that in a degraded society, we have lost the ability to appreciate what makes a finer society. How do you explain to phillistines that they should like classical music, or understand why the Swedish attitude toward having clean streets and logical efficient design is superior? What they see is prices in the big discount stores, which are cheaper here. He granted that.

I said that for me, I’d prefer to pay higher prices and throw more of the money back into society at large, not just social services, but things like well-maintained streets and endless acres of unbroken forest. However, I said, for that to happen I’d have to know it’s my kind who benefit and not that I’m running a welfare society for anyone who comes along.

So you’re a racist? his eyes narrowed. “No, not really. At least, not in any sense that I’ve ever heard anyone use the word. I believe in my people for myself. I acknowledge differences between the races, and a different place in the natural order, but this isn’t important to me – I don’t care about feeling better about myself than someone else because I’m of a certain race. I do know that any society which opens its borders without discernment will drown in immigrants and be destroyed.

I do know that I prefer my own kind. Northern Europeans, with an emphasis on that kind of values. I can’t explain to everyone why a city with straight streets, no waste and prompt recycling pickup is preferrable to someplace that’s a disorganized fecal mess but has great prices on the trendy electronics of that week. I can explain it to some, and those are people who are from a similar background to me, and think like me. But I don’t place some religious emphasis on that.

For me, I’m a dreamer and a long-term thinker. You ask me what type of fixture to use in an installation, and I’ll pick one that lasts for as close to the thousand-year mark as I can get. When I build computers, everything is anchored securely and parts quality is high, so the damn things last as long as possible. I spend a lot of my time just thinking, and thinking about the future, but I derive benefit from that when it’s time to make things.

However, this is the tiniest discernment that isn’t available to everyone. Most Americans for example wouldn’t notice much of a difference between Swedish cities and American ones. They wouldn’t appreciate the difference between a high-quality computer and some piece of crap, and they certainly don’t care whether their restroom fixtures will last 1,000 years. They’re fine with cheap and disposable.

But if you think, and dream, the ‘cheap and disposable’ route seems less plausible, over time. You start becoming aware of the mountains of waste we leave behind, and how having shiny new things every week doesn’t make you any happier. Also, you feel more secure about yourself, and you have less need to pull one over on people in order to feel smug. You just don’t give as much of a damn about the transient and, while knowing fully that it could all be destroyed tomorrow, you start to build for the future. I like living among those people, the thinkers and dreamers.

I can’t tell you any single factor that will limit entrance to a civilization to people who think like that. I think the civilization has to form itself by breaking away, and starts decaying as soon as that happens, because it’s impossible to make a bureaucracy which keeps out the idiocy. But for people like me, the kind of civilization we want is more like Sweden, and we’ll always work toward that, even in the small things like computers and bathroom fixtures.”

I could sense he was awkward with the topic, so I changed it rapidly and spoke about computers for awhile. He was a good conversant and had the inherent self-confident friendliness that many Swedes have, and so we had a good time of it. When it was time for me to move on, as we were still in the salsa aisle (surrounded by the smells of detergents, bright flashy plastic packaging and music of Marvin Gaye), he let me know in some small way that he appreciated my honesty. No sign he agreed or didn’t, but I could tell he was cogitating on it. Maybe analyzing its impact over a millennium. I like living among those people, the thinkers and dreamers.

Lying and Sweden | Why did you name it ‘ANUS’?