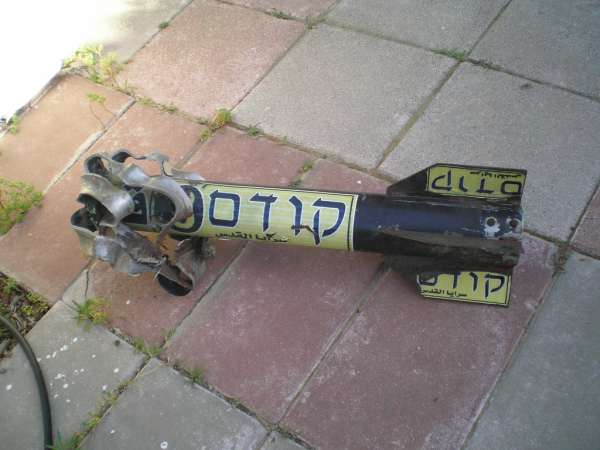 Probably enough has been said about Israel, but little of it concerns common sense. People are too busy defending their allegiances — or their cash supporters — to mention the obvious: decaying empires love foreign wars to distract their populations.

Everyone can get behind a foreign war. “Go get the bad guy! He threatens our freedom!” — so we troop off to Afghanistan, to Viet Nam, to Iraq, to Cuba, to Grenada, to Lebanon, or wherever. Flags come out, patriotism blares over the radios, and we consider it a great victory when political objectives are achieved.

Yet the situation itself never changes. Soon a new war is needed.

Israel’s policy has been for some years now to hold off its Arab nations with two powers: its submarine-delivered nuclear missiles and the military might of the United States. Jews and Muslims know their faiths are incompatible and that one alone can rule the Middle East.

An intelligent policy for Israel would be to admit that only ethnic Jews belong in Israel, and to exclude all others and cease trying to influence broader policy in the region. This contradicts the Western mandate of multiculturalism and would make Israel an obvious “bad guy” according to centuries of Judeo-Christian thought, so this cannot be publically admitted. A grotesque compromise results.

When Muslims look at the United States, they see a country that elects exclusively church-going leaders. They see a right wing dominated by radical Christian interests, and a left predominantly financed and driven by radical Jewish interests. They see AIPAC, the American-Israeli Political Action Committee, be accused of stealing state secrets and exeuting phone taps, and no vast action being taken.

It is no surprise that when Osama bin Laden refers to America as “the Crusaders” he is given rounds of applause. He predicted that combined Jewish and Christian forces would attack Islam, and with the wars in Afghanistan and Iraq he has been proven right. Furthermore, he is about to be proven right again, because there will be no resolution to the current Israel-Lebanon “crisis.”

A world without either Jews or Muslims would be a form of poverty. Both groups have made immense contributions to culture and learning disproportionate to their numbers (for the record: so have Europeans, to a wider degree). Both have respectable traditions of learning and culture and religious discipline that are admirable on every continent. Both are incompatible with the other.

Jewish populations have thrived in some Muslim countries, thanks to tolerant leaders and the tendency of those populations to keep to themselves and avoid offending local conventions (sensible behavior for any long-term guests). The same cannot be said of Israel, but this reflects the split between Jewish and Muslim populations: Israel has pursued modernity and technological wealth, where Muslims have pursued tradition and religion. Thus in Israel the role of Muslim is most commonly similar to that of Mexicans in the United States, as imported browner labor to which a pittance is paid.

This is a situation that, despite its popularity with voters, will not end well. The proverbial power keg has its fuse in an ashtray used by every group with popular support in the entire region. The only reason it hasn’t gone up is that they are not yet stressed enough to smoke excessively, so the ashtray is only half-full. O fortune!

The West will be asked in upcoming months to either send more support to Israel in the form of weapons and advisers, or to contribute troops outright including UN “peacekeepers” and American “support personnel.” We will be told that this is the way to prevent further loss of life, but in reality, we will be doing two things: distracting ourselves with a foreign war and supporting a situation destined to fail again and again — a bad design.

The situation never changes. Soon a new war will be needed.

Let’s put this in historical context. The expanding West left behind its technology in colonial empires, and these are now outbreeding it at a fanatical rate. They all want the luxuries of a first-world existence in a world that cannot support it. Energy, water, food and space are in short supply. World War III will not be Europeans against each other, but first world nations against a starving third world suddenly dispossessed of its dream.

And our leaders? The right is obsessed with evangelical Christianity, which desires among other things to bring about a final war that signals the arrival of armageddon and thus rapture when we are all magically transported to heaven. The left is dependent upon Jewish support, and Jewish support demographically (but not all individuals) favors Israel. Both groups are suicidal.

This situation will not end well for Jews. Much as happened in 1930s Germany, their nepotistic manipulation of press and culture and certain industries will be noticed, as will their support for political activities that harm the native populations. As the West lurches into World War III, there will be plenty of blame for Jews.

But lest this be thought of as an anti-Semitic tirade, note that the same fate awaits evangelical Christians. Christians have undergone persecution each time their suicidal quest for “moral right” to replace reality has brought doom onto the surrounding population. How many of European internecine wars would exist without Christian agitation? The Nazis persecuted Jehovah’s witnesses and other evangelicals; that will occur again when the results of disastrous Jewish-Christian left-right collaboration is seen.

This mess is not without solutions. It makes sense that Israel exist so that Jews may exist, as land — a “place of our own” — is essential for culture. Israel however must admit that its government must be a form of National Socialism (Nazism) in order to survive, in that it must place its culture first and exclude all others, including all Muslims. “Tolerance” is an illusion. Israel must stand on its own.

Conversely, the United States needs to stand on its own as well. It is well and fair for us to defend any nation hit with an unprovoked attack, thus guaranteeing that no nation will invade Israel and Israel will not invade Lebanon, but our policy cannot be one-sided. We must expose our radical right-wing Christian lobby and the radical left-wing Jewish lobby with which it collaborates. Religion must remain a personal choice and not state policy.

Luckily these changes are very possible given the mess that could easily be unleashed at any moment. Per history, Israel will attempt to clear a border zone of thirty to fifty miles by destroying all Islamic settlements; they will succeed to a point and then, having proven the radical pronouncements of some Islamic leaders correct, will antagonize the politically moderate Muslim population to the point that a surge of young men with AK-47s and RPGs will counter-assault. Arab losses will be heavy, but Israeli losses will mount and they will pull back.

This situation would be less troublesome if it weren’t for the already extant American invasions of Iraq and Afghanistan, the former of which many see as motivated by Israeli interests — after all, the Americans still aren’t sure if they attacked to end terrorism, stop WMDs, create democracy, ban drugs or have cheap oil. As the war in Iraq continues to go badly as any occupation without a decisive leadership victory must always be, the powder keg increases in pressure.

What could radicalize this explosion is the overall progress of technology. The third world being partially enabled, it demands more oil and resources; the first world is inundated with visitors and experiencing economic instability of its own as it is assaulted by the new economies. A 1929-style depression in the first world (not unlikely) coupled with climate-induced economic stress, plus the excess population of the third world dependent on technology and foreign aid, could well trigger our World War III.

The advantage to World War III is one of population regulation. In the West, useless people would suddenly be seen as the liability they are and handed rifles and tickets to the front; in the third world, not war itself but the accompanying disease and famine would deplete excess populations. All sorts of Western institutions — radical Jewish-Christian lobbies, mass media control of the electorate, foreign aid policy — would become open to vituperative critique. Change could occur.

Our leaders know this and for that reason alone are seeking to downplay the events in Israel and Lebanon, hoping not to set off this charge. They know a direct attack on Islam will provoke response, and are hoping to dupe Muslims into attacking first so the West-Israeli axis can claim to be a wounded party, invoke charges of Hitlerian genocide, and then counterattack with culturcidal aims. Thanks to the masses who vote according to what they see on television that provokes their emotions, they may succeed.

The situation will have changed but be unchanged, and future wars will await.