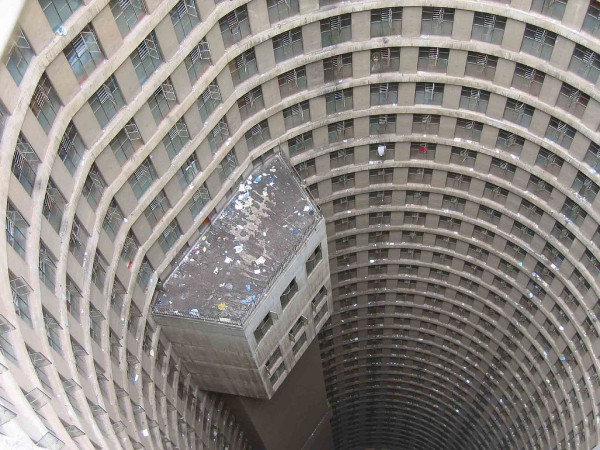 The saving grace of philosophy or politics is putting it into practice. Conversely, the reason for the existence of abstract thought arises from the necessity of finding better organization schema for our real world lives. Ideas affect how well things turn out; a poor design works less than a good one. When a modern philosopher ventures out into the world, he or she is going to immediately realize that those who think, in this society, are hostage to those who do not.

We are literally held hostage by morons. It is not in such a dramatic way as might occur in a bank robbery or hijacking, but it is nonetheless a powerful regulator of our lives. We are not held at gunpoint, or confined to small cages, or suspended in terror by someone next to us wearing a bomb, but instead of having one powerful event of control, we are subjected to infinite thousands of daily events which show us how our lives are controlled by morons. We are held hostage because since their behavior is always of the lowest, simplest, stupidest possible variety, all of society must be changed to accomodate them.

Imagine a philosopher driving to the post office. First, he must wait while at the head of a long line of cars, a moron slowly attempts a turn. Where a smart person would brake gently and then pull through the turn, the moron brings his car almost to a complete stop and then, without a hurry in the world, slowly completes the turn. It’s not rocket science, but you wouldn’t know by watching him! Since everyone has more to do than they have hours in the day, and are constantly in a hurry to steal as much of their time back from society for themselves, people become immediately frustrated as the moron’s slow turn causes each car behind him to in sequence brake, bringing the line to a complete stop by the third vehicle. They whip out of the lane in clumps, causing cars in every other lane to hit the brakes as the traffic pattern becomes unpredictable. We all wait for the moron. We all wait for the traffic damage the moron has wrought. We all arrive later after having been in more danger of a wreck than is necessary. But remember: you should be tolerant of morons, because they don’t directly cost you anything – or so it is said.

At the next light, the philosopher waits for morons to drive slowly through the intersection. They are delayed by distraction, since things like power windows and staying within the lines of their lane and listening to the radio are big, complicated adventures for them. So where twenty cars could get through a light, fifteen do; the backup grows over the course of the day and eventually spills over to nearby roads, delaying other people further. Everyone loses because we tolerate morons. As the philosopher drives up to the intersection, a legless man in a wheelchair crosses the intersection against the light, and delays the fat person eating a burger who is ahead of the philosopher; the light changes to yellow, and the philosopher must stand on his brakes to avoid running a light he can barely see ahead of the van.

Finally, at his destination, the philosopher gets to wait in line because a moron ahead of him cannot figure out a simple form. In fact, everyone waits. While the moron at the front of the line delays everyone by an unnecessary ten minutes, others compensate: they take out cell phones, start filling out other forms, or space out. This means that each time a new person comes to the start of the line, they have to return to the real world. This adds delays across the board. A moron would say, “So what, it’s just time?” but three of these a day subtracts a half-hour which means eight full days out of the year are spent unnecessarily waiting in line – the figure for waiting in line is much higher. Even more it means that any line becomes a downright unpleasant experience, since it is obviously bungled but no one “can” do anything about it as morons might be offended, and they mightily wail when they’re upset.

(It’s fair to note that the word “moron” here is technically inaccurate. There is a form of intelligence that IQ tests don’t measure which has to do with the ability of an individual to see a situation as whole and act realistically. It’s impossible to test that with a standardized form, because it is the exact antithesis, but modern society is based on standardized tests. Morons can be functionally intelligent but they lack the capacity for wisdom, for reverence of the finer moments in life, for romanticizing life itself… morons are spiritually dead, but will always insist on their own importance out of a combination of fear and anger that others might be getting more than they are. There may be no good/evil axis in the world, but surely no matter how tolerant we are, we can realize that there is an axis of stupid and wherever it is given power, things get stupid?)

Morons steal even more time when the line-wait is over with. Did you want the product that did the job better than others, but cost 15% more? You’ll be denied; the morons demanded cheaper, not better, and so your voice is drowned out. You cannot elect a candidate who represents you because he will be feared to be “elitist” by the morons, and even if such a candidate could run, some moron would run and promise impossible but good-sounding things and be elected anyone. Democracy is triumph of the moron because by its nature, intelligence is a rare and beautiful thing. So your government, which is run by morons, also holds you hostage.

Even worse, you’re subjected to any number of processes designed for morons. Cops approach everything as a crime in progress because with morons, it is. Psychologists assume you have toilet training and breast feeding psychoses since morons do and morons, making up 90% of their paying customers, are more important than smart people. Paying taxes or doing anything official is difficult because it has been dumbed down; instead of giving you access to your own future, they make all of us jump through many hoops because morons cannot understand the raw actions they need to take, and will screw up anything they’re given. Morons are holding your time – the one measure of your life, your mortality and your potential – hostage.

This situation has come about because we have taken our eyes off the task of survival, and have instead become fascinated by the physical method of survival, which is the individual. Society will live on if an individual dies, but this threatens that individual, so instead of concerning ourselves with society’s survival, we idealize the individual and focus on that, to the point where we’re running society as a whole into the ground. And it’s too late to protest, because you’ll offend morons and thus not only go broke when that 90% of your customers ignore you, but also will be arrested for some or another “moral violation” in daring to tell the truth. Morons rule through enforcement of individualism.

The disease of modernity makes illogicality into a supreme goal through this mechanism, and replaces any thought of having a better society with an obsession with the individual. All of our “progressive” ideas have to do with making life better, fairer or easier for the individual, usually through “equality” and “freedom,” mythical concepts that sound good in speeches and are therefore optimal for manipulating morons. But by pursuing these ideas, we guarantee the individual has a place even where it is illogical to give one, which explains why we illogically allow morons to define our agenda and methods. Morons, however, are defined by what they don’t understand more than what they do. It is for this reason that they insist on individualism, forgetting that by forcing people to be treated identically, we remove what little chances they had for real distinction as individuals. Morons don’t notice, and morons don’t care, but we remain their hostages.