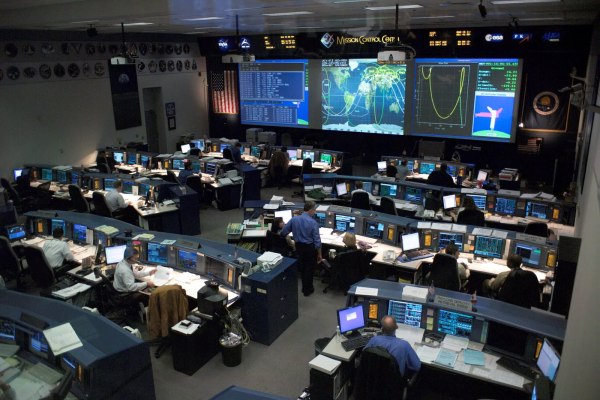 If, for some reason, you have become amnesiac and run out of reasons to deplore modern society as a short term success and inevitable long-term failure, consider the question of externality. Modern society operates almost exclusively on the presupposition that external factors can be used to manipulate our internal qualities and outlook.

An obvious method here is the idea that we can deter criminals by having fierce punishments. Such means only discourage those who are already not of a criminal mindset and therefore can measure risk of getting caught against the rewards of crime (in almost all cases, paltry ones). We reward good citizens with security, and punish bad citizens, yet the latter group does not value security and, being out of control of planning its own future, does not consider punishment even if it is horrible. The most repressive and totalitarian societies on earth still had rampant crime, and in fact, produced better criminals, as in Russia.

In our modern wisdom, we suppose that we can control the souls of our population through their stomachs or, in contemporary terms, their wallets. The assumption is that if you have more money, you will be more satisfied, and less likely to engage in criminal or dissenting behavior. “Criminals commit crimes because they are impoverished,” bleat the most “sympathetic” among us. But a wealthy criminal might move on to a higher level of crime instead, because his or her fundamental internal impetus is destructive and resentful and therefore, even when he or she “has it all,” there will be a need to strike out, to prove equality or superiority to the rest of us. We see criminality as a side product of poverty, yet ignore the fact that not all impoverished people become criminals. Clearly, there’s another vector here that we do not measure.

We also sagely found our logic on the idea that those who criticize the system (whatever that is) are those who cannot succeed in it. If someone points out our obvious failings as a culture or a civilization, on the tip of our tongues is the accusation that had they a solid income and two cars and a wide-screen television, they would not be so quick to be critical. This of course suggests that our only reason to find fault with the modern world is personal, that we have not gotten enough, and therefore, that we can be bought off. It assumes that the rich would be more acerbic in their commentary if there was a need, and denies the thought that those who become rich do so for the most part because they have narrowed their focus entirely to the personal. There is no place in our society for criticism on the base of the whole, and its dangers; everything is personal, yet impersonal, because it relates not to our choices and values but to our incomes!

Finally, there is the assumption, closely mated to the idea that criminals can be made into good citizens through wealth, that the best among us will rise to a point of being wealthy enough. There is some truth to it because anyone who is not insane will do his or her best to have enough wealth to get away from society’s failures, its rotted inner cities and lack of health plan cancers, but that assumption does not distinguish between comfortable living and radicalized wealth. We pretend that anyone smart will earn money, and that the comfortable and wealthy among us somehow represent our best, which denies that there might exist smart people who find jobs repulsive and do not seek wealth because their value their time apart from society more than the wealth gained from slaving within it for a number of years.

What is most disturbing is that this assumption – that we can externally control the outlook and behavior of our citizens through wealth – is shared by both conservative and liberal viewpoints. Few want to call it what it is, which is “Social Darwinism,” or the misguided idea that commerce represents a kind of evolution and that within it, the best will rise to wealth and the idiots, degenerates, criminals, etc. will impoverish themselves. While the left is critical of wealth, it’s not critical of comfortable levels of wealth, and therefore reinforces Social Darwinism on a day to day level. Even worse, the left is the predominant expositor of the idea that wealth plus impoverished people equals less criminal behavior.

While our society is divided into left and right, its fundamental impetus has been from a liberal viewpoint, in philosophical terms. This viewpoint is the idea of fundamental human rights and equality, meaning that we all get treated the same way regardless of wealth or quality, and from that, we get “justice.” Both Republicans and Democrats embrace this view, and even far-flung parties like Greens and Nationalists seem to, which means that in our political outlook, there is no deviation from this assumption. We view equality as the highest good, the individual as the highest pursuit, and wealth as the means of that pursuit, and anyone who doesn’t agree with that is worse than a Commie or a Nazi, they’re a failure and probably a sociopath.

In our desire to be equal as people, we have denied the person within: the internal traits and preferences that make each of us who we are. We can be measured by our wealth, or our height, or our wish list on amazon.com, but what defines us as individuals has nothing to do with these external factors. It is a combination of personality and abilities. We want to be remembered not only for our skill at guitar playing, but for what the songs we wrote conveyed and made real to others. We want to be known not just for participation in public beach cleanup programs, but our own private choices and sacrifices that helped keep waste out of the world. Even more, we want to be known for how we treated our friends, how we raised our families, and the things we valued enough to die for them, as a life is looked over when the living is done. These are all internal factors, and they are denied by modern society in its desire for external equality.

True, our internal factors are not all “ours.” Genetics plays a huge role in who we are, but not a complete one. Our DNA might limit our abilities, and people of lowered abilities tend toward less optimal behaviors (including criminality), but it does not wholly define us. When genes are translated into flesh, variations occur, so that some well-bred people turn out lazy and criminal, and others turn out heroes. We are not just our heritage, but our generation. Within the abilities granted to us by heritage, there is also personal experience, and how we responded to it. There is personality, which is in part shaped by experience. There is will and worldview, including to what degree we find transcendent value in the world and thus decide to work for certain ends and not others. Even if our deeds go unknown, what makes each of us an individual is a complex series of preferences and loves and hates that cannot be measured externally.

Fairness, in the modern view, is genericism. If we treat everyone exactly the same way, they will have justice, we think. Yet when you have a group of people ranging from IQ 85 to IQ 150, it’s the 85 pointers who will define what happens, because in order to include them, the entire process must descend to their level. This is why democracy fails in populist society: in order to get the maximum number of votes, you must dumb down your platform to the point where all the idiots can “get it,” and if you go too far beyond it, they freak out. Even further, if your actual task is to make things better, you’re going to design a society they won’t understand, and it will inevitably limit some of their greeds and freedoms, making them irate and you unlikely to get elected. Instead, you appeal to an average or lowest common denominator “voter,” not a person, and manipulate them as they’re best manipulated, namely by promising more wealth or more of that great abstraction, “freedom,” which to them means the ability to squander their wealth on whatever stupid and selfish objectives they think they desire.

As has been said before in these pages, when we strip aside all the pretense and justification from human society, we can see that modernity itself is a process of crowd revolt, and that from its inability to control the individual (who often has insufficient judgment) all its problems originate. Crowds count heads and do not measure souls. Membership in the crowd is what counts, not individual contribution or values, because crowds fear individual membership. That would place some above others, and dissolve the power of the crowd as a single unit wanting lowest common denominator outcomes. Crowds are not leaders; they are an acephalous force which moves by its own collective desire, and they are blind to the outcome of their behavior. Someone else is always to blame when greed causes overpopulation and pollution and ecocide, or revolution, or the collapse of economies. The crowd is the perpetual victim because no one has made these bad decisions – they just “happened.” Lack of leadership, coupled with an ever-growing set of basic demands, leads to instability, but no one decided to make it so. The most dangerous thing about crowds is that they are pure desire and never calculate decisions for the best outcome.

Once a crowd is in power, it is almost impossible to remove that power until the civilizations collapses and fragments. A crowd in power will always opt for external measurement because it avoids the ugly truth of our inequality as individuals, and consequently, the crowd will drown out any voices of reason as those will offend someone and therefore be unfit. The crowd in power has without exception throughout history pushed its society toward greater individual “freedom,” and thus lack of consensus as well as deviant behavior since there are no standards, and through that, caused the population to devolve to the point where no leaders exist or will speak up. The greed goes on and on until something from afar finally challenges the civilization, at which point its lack of unity makes it an easy conquest. Vandals surge in the gates and destroy the ailing, useless, broken society.

We are constrained by equality. It translates into measurement by external and not internal factors, and from that leads to a bureaucratic averaging/lowest common denominator behavior expectation. Even further, we build a system on external manipulation, and therefore forget to reward and breed more of those who could be leaders. It is a dead-end path, although it may take decades or centuries to complete its course. While resisting crowds is difficult, we can make a start by looking at people for internal and not external factors, and making the slow pilgrimage back to a point where it is legal to use such determinations to pick our neighbors and business associates. In this reversing of “justice” through external manipulation, we return to a point where we look at the internal factors of our people, and start creating better ones instead of more generic ones. Only this, and not any political movement or notion, can save us from the inevitable self-immolation of modernity.