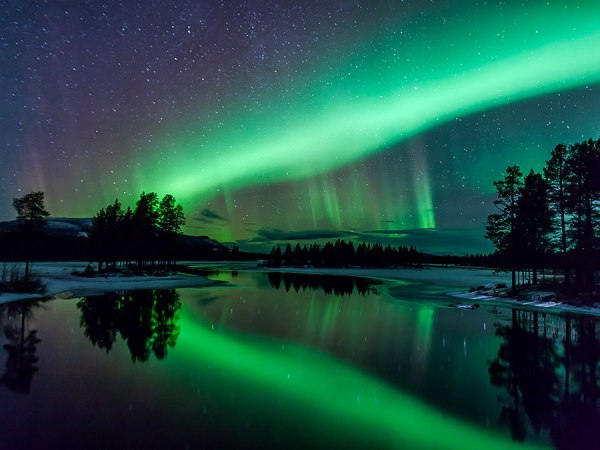 To look at the topic of the political rights of Indo-Europeans in the current society is to dismay; we are viewed as those who control it, and thus those responsible for stewardship of others. In short, we are the oppressors and providers, and the nagging schoolteachers, over a horde that views us with distrust, as they should – for any population ruled by another is in an unstable and submissive state. Part of the goal of any Indo-European nationalist movement, then, is to escape this classification and to return to a phase where it is seen as acceptable and logical that we assert our right to be ourselves as a tribe.

For us to do this, we must first construct an ideal, next purge ourselves of counterproductive behaviors, and finally take action in a unified way. To miss any one of these steps is to give in to disorganized behavior, at which point we will undoubtedly commit the classic error of revolutionaries: to strike against the appearance of the system we wish to replace, without seeing the chain of ideas underlying the symptoms that make up the appearance we abhor; to do this is to literally repeat the same error under a new appearance. For this reason, most revolutions become power struggles that upon achieving their visible aims collapse from within, giving way to a form of government strikingly like the one they replaced.

As regards the first step, constructing an ideal, it seems to this writer that while the goal of many in the Indo-European nationalist movements may be to lash out at symptoms, what is meant by the broader sense of our goal is a cultural reconstruction and replacement of our current society with one that harmonizes with the goals of Indo-European culture. Although most â€œwhite nationalistsâ€ content themselves with merely saying nasty things about Africans, if they were to sit down and list the things they would change in our world, it would become clear the â€œrace issueâ€ does not exist in a vacuum: far from a cause, it is one of the final symptoms of a decline that grips our race and is manifested in many aspects of modern society.

This does not mean that we should soft-pedal the race issue, or be illusory about it, but that we should be honest. Regardless of whether other races are â€œsuperiorâ€ or â€œinferior,â€ our goal is preserve our own kind, which to a studied mind recalls that every population is defined by both ethnicity and culture; without either, that is, without both, no population exists independently of the broadest mass of humanity, who have seemingly always been of indeterminate racial origin. For this reason, there is nothing wrong with Africans, nor with Asians, nor with mixed-race people, unless they exist among us, in which case we must eject them because they threaten our existence. We do not have to judge them, or to insult them, or even to wage war upon them, but by making this clear when we redesign society, we will induce them to leave, as no person feels safe where they know they are not wanted – regardless of how much we like them as individuals.

When we reach this state of honesty, our desire for racial separation becomes natural alongside other good ideas, no matter how demonized, such the breeding of smarter, stronger people of better character in general, and developing our culture through art, learning, food and ideas. By seeing the â€œracial issueâ€ as one component of a cultural revolution, we address the root problem of our racial decline, which is that our culture has been replaced by industry and social and religious morality. It is because of this lack of culture that few see the point in preserving themselves racially; they do not perceive they are part of a larger population group except that of international citizens, who are those who get ahead in commercial society and a generalized learning (science, sociology, economics) without having a specific cultural tradition.

In this mindset, people do not belong to population groups, but are atomized individuals attempting to advance in a single world order where money and popularity define success. Nationalism, by its very nature, is opposed to internationalism, because with the replacement of culture comes a loss of uniqueness and a lowest common denominator culture composed of media, politics, economics and generalized learning. When culture is lost, the population is lost, and all that its ancestors have done to make it powerful is dissipated. Astute observers of history will note that a mixed, cultureless population is what is left after the fall of every great empire; to most it seems inconceivable that an empire could fall by means other than warfare, but when one examines every great defeat, behind it is a lack of unity in the population.

Nationalists value unity in populations because it creates localization of power, and allows each tribe to define itself, meaning that specialization can occur as well as the only form of advancement which applies to populations: the creation of ascendant, or highly adapted and idealistic, civilization. Such civilization is the rarest thing on earth; the earth however is littered with the remnants of such civilizations, which when they decay do so through internal strife, usually a conflict between workers and elites, and end without any dramatic consequence in what we know today as third-world republics. One of the symptoms of such decline is race-mixing, which regardless of the excellence of the races mixed, produces a population without heritage which loses the uncountable specialized traits bred into a population by its distinct ideals, which regulate which traits breed most widely. Another symptom is democratic, or passive, government, and a transition made from traditional culture to abstract, quantitative entities such as commerce and science.

In this light, we see the goal of nationalism is not racial partisanism, but a distinction and separation between all races such that each tribe can retain its own culture and ethnic heritage as part of a broader revolution which, in contrast to the last two millennia, pits cultural revival against the utilitarian forces of industry and democracy, which together constitute the fundamental tenets of modern society. Although few take a broader historical view today, if we back up and view history through the lens of aeons, we see that since the middle ages Western civilization has been engaged in the process of replacing traditional civilization with such a modern society. While modern society brings many short-term benefits, as its shortcomings become visible, we see the long-term damage it creates and thus can realize that it is unfit for any form of enduring civilization.

This cultural revival is our goal, and it cannot take reactionary forms, e.g. solely aiming to restore something from the past, or it will collapse from our lack of direct knowledge about the past. Rather, like every diligent worker, we must take what we know of the past and join it with what we know to be sensible to the values of the past to create a society of the future. This society is the aim of our cultural revival; when viewed in this light, our movement is not a passive or reactionary one, but an assertive direction which replaces a fractured system with a better one. We do not make our demands in the context of the current society, but so that its successor can arise, and humanity can move forward lacking the widespread – but invisible to most people, by the very nature of their limited function and belief in their own political efficacy – failings of the current system.

Our keystone realization is that, as Indo-Europeans, despite our different tribes, there is more that unites us than divides us, and that except for those who are already of mixed Indo-European tribes, we can continue to divide into our traditional societies and will not have to live under a one-size-fits-all bureaucratic government administering a sterile â€œcultureâ€ to us all. On top of that, we can recognize that whatever religions or cultural traditions we wish to uphold, we can keep those by finding within them that which is compatible with our spirit, and rejecting the rest. Like society itself, beliefs must be remade in the context of our culture.

Most Indo-Europeans are not politically active as they see no culture, thus nothing worth preserving, and therefore are afraid to take on mass opinion (commerce/social/media/religious) in defense of something to which they have no immediate connection. When we realize that our preferences as a people unite us, and that we have more in common than in difference, we can begin to work on this culture, meaning the methods and ideals of our learning and art and lifestyles, and use it to unify our disparate opinions with those we have in common. It is important that we realize that without such unity, we are divided in the face of our real enemy, which is a values system that emphasizes modern society as the only rational future for humanity, and thus continues the death march toward ecocide, loss of culture and heritage, and loss of personal integrity as we find nothing of meaning except earning money and buying things; in that state, we are drones, and fodder for the machine of corporations and governments. In that state, we do not command, but we submit.

All peoples in the multiculturalist system have this type of identity, except those of Indo-European heritage, for the reasons mentioned: we are perceived as the guardians of this modern civilization, and not a culture within it. Giving our people a cultural identity – including their unique tribal identity, such as French, German, Italian, Irish and so on – is essential toward moving forward. Defensive and passive ideals such as conservatism and bigotry have failed, and there is no point repeating a failing attempt without changing method, as it will undoubtedly fail again. When we leave these reactionary and panicked emotions aside, we can achieve a cultural identity and begin working on ourselves to strengthen and develop a new society in the ashes of the old. This can be achieved by democratic means, and is the only revolution worth supporting.

Are we there yet? | About these columns