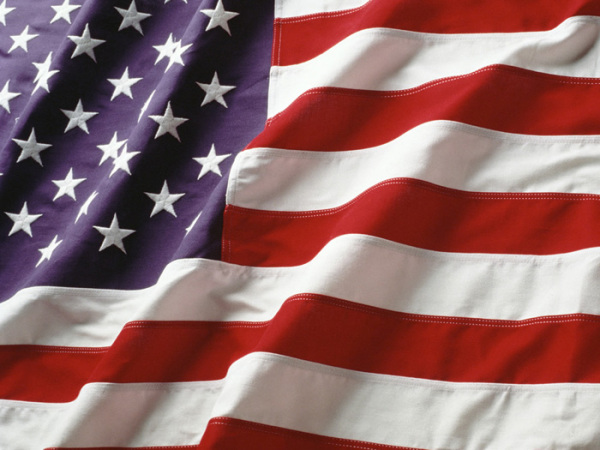 What a fortunate time in which we live – it is a terrible age, where error is called truth and truth is excluded, but as every action has an equal and opposite reaction, what comes in this very time (we are the pivot) is an upsurge of momentum to change this illusion and replace it with something meaningful. This momentum is quite powerful, and it marks the full circle of a process upon which we embarked some millennia ago, in that those who wish to uphold our culture as Indo-Europeans have moved from a focus on involution, to a will toward evolution.

These terms sound like clever wordplay, but they represent polar opposites of the process of growth. Evolution is greater adaptation to the external world, where involution is a focus on our internal world, and as is a natural consequence of that focus, a passive means of applying it to our environment. Evolution occurs when people do not fear death, and heroically seek to achieve regardless of the cost, but involution occurs when people are so afraid of death and failure that instead they prefer inaction, or action of the meekest type such as voting, protests, flag-waving and the like. Involution is decay to a healthy soul which, fearing nothing and seeing nature not as some divine Judgment but as an ongoing process of, among other things, making better heroes, does not fear dying in the quest of something essential.

Those who defend the traditions of our culture are, in the current time, called conservatives, but conservatism has come full circle as well and, with the ending of its orbit roughly where it started, will now reconstruct itself from a movement that defends a decreasing amount of tradition against assimilation by a hostile world, into a movement that boldly asserts its values onto the world and justifies them to no one; it will cast aside politics as a game of pleasing the masses, and move to politics as the science of picking what is right for the whole, no matter who is inconvenienced and thus less likely to vote for it in the future. As an old saying goes, you can’t appease Satan; if there is a great wrong, it cannot be bargained with, or reasoned with, but must be conquered and banished.

Of course, to people of this time these words seem extreme and terrifying. They are more concerned with the politics of involution, which require that one find some very basic, dumbed-down idea that most of the deluded fools out there can concentrate on for long enough to check the box marked YES/SI. Since only the issues that please those who fund our political process make it to the voting booth, it is unlikely that this strategy of evolution will do anything but slowly become assimilated by its enemies, thus proving again that appeasement fails.

Old-style conservatism hopes to preserve certain aspects of culture by using the means of its enemies, but this will change; populist democracy is our enemy, because it leads to an involutive focus, by which we shuffle tokens in our society for the benefit of the individual, ignoring the consequences for the whole. We’re about to commit ecocide and genocide the Indo-European race through admixture, but what passes for politics is: Have we empowered disabled lesbian eskimos yet? No? Well, that’s an action item, then. This type of politics by its nature will assimilate all tradition and destroy it, unless we remove it from existence – which we can do, if society lasts so long, via democratic change. However, we must become organized, and we must become assertive.

Evolutionary conservatism, called “traditionalism” or “integralism” by most, no longer aims to rope everyone together and find something they can agree on, as that involutive process is passive by its very nature and destructive to any architecture of truth or overall consensus to civilization. Unlike its predecessor, evolutionary conservatism is not afraid to step outside the way things are done in liberal democracies and proclaim broadly its views, but first it must agree on the essence of those views, without fighting over the details that can easily be resolved later; only truly useless people fight over tiny details and thus miss the whole picture, thus dooming themselves to never make the choices over which they are fighting.

To find this consensus, we have to look toward the essence of traditional Indo-European culture.

Upheld in art and philosophy as something called “Romanticism,” traditional Indo-European values emphasize an integration with nature and an evolutionary impetus within society toward the best individuals it can produce, valuing individual experience above individual political participation. It tends to take a hardline look at death, and see it as inevitable and thus, instead of trying to explain away death or minimize its spiritual importance, it accepts death and resolves to find in life things so important they offset the inevitability of the end. It is worshipful of nature, and understands nature’s will as larger than humankind’s, and thus does not attempt to re-organize nature or “repair the world.” It is not constrained by moral law, as for it, the goal is always more important than the method. It is emotional and effusive as opposed to being stoic, although it is disciplined, for it recognizes that nothing can remove suffering from life thus, like death, suffering must be made important through a counterbalance of meaning in life itself.

This philosophy is unique to the Indo-Europeans, and any future conservative movement for that group must insist on making it the founding and unitive principle of civilization. Removing any of its elements will cause it to lose structural integrity and fail, so even the unpopular parts must be upheld; to make this rational, we will say that any who are not of Indo-European heritage must rule themselves elsewhere, as we have no desire to force our system upon them. For our own people however we choose this system, regardless of what they think their individual preference is, because we recognize that most people don’t know what they need, couldn’t figure out what they needed if it was on a multiple choice test, and will always select the “conservative” option – what they see as immediately in the short-term being of greatest financial or social benefit to them. This leads to destructive politics, and should not be tolerated.

Instead, our new conservatism will aim to solve all of the issues of modern politics by presenting a single idea: we are an ethnic group that operates according to the principle of doing best for the whole, because long-term planning is what has shaped us and is that for which our minds are optimized. In modern terms, this translates into:

This is both a new philosophy, and an ancient one; it is a modern restatement of values that, although found in the ancients, will apply to any culture that wishes to be inwardly as well as outwardly healthy, as it forms a rewarding psyche by which one does right to all involved parties, achieves a balance with nature, and has sensible biological and real-world achievements such that anything gained can be said to be exclusively a product of the individual and the tribe. We owe nothing to others, and deprive ourselves of nothing, because all that is done is done for a better whole, on the level of our race, our environment, and our individual psychologies.

This natural and logical system removes the illusion under which moderns labor and replaces it with a pathos of the whole. We are part of the whole, but indivisible from it. We recognize our individual limits, and strive to be better, so that everything we have are victories we have earned honestly and independently. We reject fear of death, and embrace life, and in doing so adopt a philosophy which makes for a healthier balance between individual and world. As a result of these tendencies, this new belief system is not merely political; it is culture, philosophy, society and politics all in one, and thus can only be called “tradition.”

We can achieve this new vision in part because current society is failing, but also because it is the only sensible approach to human reality, and will always be. No matter how much technology we develop, we will be mortal, and will not be able to replicate in the lab the complex natural process of evolution, which does not just add one trait to an organism but balances all traits into an enduring design. No matter how much we attempt to empower people, it is still more sensible to rule for the good of the whole, and to give the individual a new kind of freedom by exempting them from a mundane and futile political process.

Our vision will be terrifying to most modern people, as they are both conditioned to see the current way as the only way, and lack self-confidence that they will have a place in such a society. Their fears are unfounded, because not only will they have a place, but they will have a place in a healthier society that will guarantee them and their descendants more balanced, logical lives. Unlike involutive political movements, we do not seek their approval, however. We know what is right, and we shall do it.

Each person who sees the wisdom of this philosophy becomes a warrior for our cause, regardless of their membership in organizations that support it; ultimately, what will bring this about is for those who can lead to adopt these ideas, and not allegiance to some form of political brand. Through self-discipline and visionary thinking, they will apply these ideas in every decision of their lifestyle and public careers, realizing that it will inevitably take hold and create a better society. This is conservatism coming full orbit: from an organized pandering to the mob, to a self-assertive belief system that appeals to those who can recognize the error of our modern time, and independently, take steps to correct it.

What You Have Lost | Misanthropy