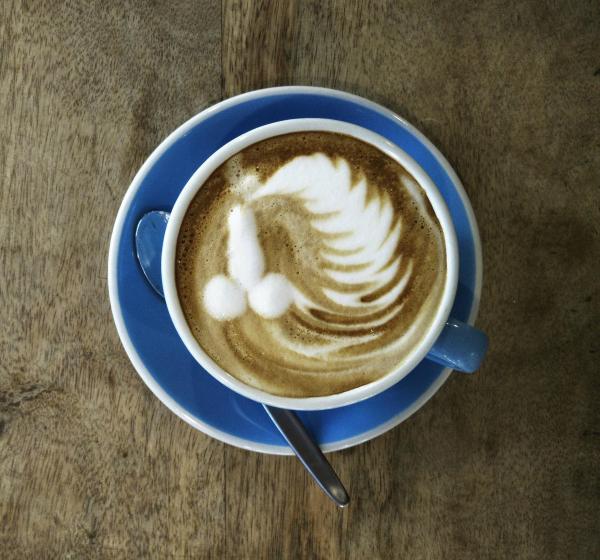 Last night, I went to a series of bars and pubs in pursuit of enlightenment, and I found it, although not in the form most would suppose. Luckily, my comrades in this adventure were people of hearty disposition and good character, or there might have been one of those “unfortunate” mass killings. I was glad for their company and would seek it especially outside of social situations where one pays for liquor. I learned: bars and pubs are for the socially defective, and have nothing to offer someone who has observed the disease of this time, and wishes to transcend it.

Probably not rocket science. After all, you can’t imagine Socrates bellying up to some yuppie bar and asking some besotted wench if she’s (also) a Lakers fan. The idea of Arthur Schopenhauer doing anything in a modern bar is laughable. And Odysseus – would Odysseus linger long among those whose highest goal in life is to get loaded, get laid and then go back to their forgettable lives, laboring for a pittance while trying to convince themselves it’s “meaningful”? No, indeed – nor can we imagine Jane Austen, with her vivid imagination, giving the time of day to some guy who “is a big fan of” AOR radio.

The idea behind going to a bar, or pub, on a Saturday night is that you will consume alcohol, be with friends, “meet people” and perhaps take home some silly girl and plunk her brains out, then carefully shred her phone number the next day. It’s a very elaborate form of what is politely called recreational shopping, which means going out into the world to buy things as a basis for your own entertainment or social life. Sports events are really no different, since one goes to a stadium, purchases a ticket, alcohol and bad food, and then has a chance to socialize with others joined by the common ideal (?) of believing one team more important than another.

Alcohol, like most drugs, makes it easier; you can write off your failures with “I was drunk” and you have an excuse to do things you wouldn’t “normally” do, although the consistent part of the equation is you. People like to think they’re a different person when drunk, and for some, it may be true, but for the most part, they’re only slightly impaired and are using alcohol as a smokescreen for whatever errors of judgment they desire to commit. But there you are, in the bar, with everyone around you doing the same thing, so it seems OK. Right?

Well, the old adage goes: lower your standards and you’ll eventually find what you are (now) looking for. You can indeed acquire a woman for the night in a bar. But I found myself wondering where the quality women were. Wenches aplenty; silly girls who look like they’d gleefully marry a Scott Peterson and then be surprised when he, realizing that he’s about to be locked between the legs of a fattened nag, strangles her and throws her in the bay of San Francisco. They weren’t bad looking, but I saw only three women that would qualify as beautiful, and – whoah – each one was with her boyfriend and apparently fairly content in that relationship. Perhaps they were enjoying the envious glances from the large crowds, as the people in bars are mostly male and single.

I have been blessed in this life to know a fair number of specimens of what I’d call quality women. They unite intelligence, physical beauty/strength and character in a single person. These are the women with whom you can face a life adventure, or have an intriguing (but not “deep”) conversation, and emerge from it thinking you’ve found a comrade, taking into account the radically different ways men and women see the world. These women, in my experience, don’t go to bars. The reason is simple: they don’t lack self-confidence, thus not only don’t need a social situation to encourage them to do things they don’t normally do, but also see no point in hanging with a meat-handed drunken crowd when there are infinite more rewarding ways to spend their time.

Sometimes you find these women at private parties on a Saturday night, but you might just as well find them at home reading, or on a date with a promising guy they met through an activity that requires more brain investment than $5 at the door of a bar and another $5 for some limpid beer. They don’t lack self-confidence, thus, they don’t care what the crowd is doing and what the crowd thinks is important. This is why the women one finds at bars tend to be either young and unsure of socialization, habitual drinkers and sex addicts, or blown-out middle-aged hags trying to “capture the essence of life” with another thirty ounces of alcohol and quarter-ounce of semen. They lack self-confidence, and they can’t socialize normally, so… hey! there’s a bar! the social activity equivalent of fast food.

Normally, this essay would continue with more hopefully trenchant analysis of the situation, but is it needed? The truth as always is plain to those who look for it. I’ll add a little personal data here. I used to smoke marijuana frequently because, as drugs go, it’s the one I find to be the best. Not only do you get that warm and fuzzy intoxicated feeling, but you also have interesting hallucinations and can still function, albeit with more chaos in your bloodstream. Before that, I drank beer and hard liquor, and thought it was pretty neat because the world was farther away, and I more numb, for a space of time. But what’s intervened is boredom.

Pot can only give you so many hallucinations, and alcohol only so many escapes, before the pattern becomes clear and it’s about as exciting as eating a donut. Oh, the sugar rush – could I write mountains about its importance? Neither for alcohol or marijuana. I’m bored with alcohol, and have been for years. I’m now bored with marijuana, and rapidly approaching my own tolerance of recreational cigarette smoking, although I think an occasional blast of racially-pure Indica sinsemilla mixed with good English tobacco (it’s the other thing they do well, besides homosexuality) is a great way to become intoxicated, if it’s what you seek. Would I do it in a social setting? Probably not, since it won’t help me or my comrades or any young ladies I might meet to be less coherent and more locked into my own little world.

Boredom is the greatest enemy a living being can have. When you’ve got shelter, a warm fire and plentiful food, the eternal question rears its head: OK, you’ve nailed the obvious, but what matters enough that it will fill your life? Too often, as in the case of bars and pubs, we interpret “fill” to mean “occupy space” instead of “occupy meaning,” and thus end up gulping down in excess food, intoxicants, sex and even mass-media. After you’ve seen fifteen movies, haven’t you seen them all? It might take more than fifteen drinks or bong hits, perhaps more likely on the order of thousands, to realize this, but once you’ve rampaged with the best of them, even that rings hollow.

I’ve got a theory about passing on knowledge that those who do it honestly do so in a contentious manner so that any listening can take umbrage and leave without having to feel “humbled” or somesuch bullshit to superior knowledge. Knowledge occurs over time and chance and yes, for those who seek it, but it doesn’t bestow superiority on those who transmit it, but rather to the knowledge itself. In other words: if one caveman figures out how to build a banked fire through sheer chance, and passes it on to another caveman, the action that makes the first caveman a good guy, in my book, is not that he figured out something through random occurrence, but that he felt it valuable and took the time to share it. Perhaps the second caveman will using that knowledge invent a primitive stove.

In the case of bars and pubs, my knowledge is slight, and it’s probably going to stay that way. These places are boring, because they’re based on a dysfunctional social model for those of low self-confidence, and thus the routine never changes. If I’ve learned to build a new kind of fire, it’s that of normal socialization: meet people through your activities and passions in life, not some place where you pay to socialize. The bars and pubs are laughing at your weakness. They take in your door fee, charge you $5 for a beer they may have paid a quarter for, and enjoy social prominence for doing so! The only better businesses are cocaine dealing and religion.

As a side note, I’d like to exempt local bars and pubs from my diatribe here, and by this I mean establishments which serve a town or neighborhood. These are places where almost every face is known and thus there’s no mystery. You go there to have a drink, or have a drink with friends, or to pick up the town wench because you think sexual release will make your life complete. These are different from city bars, which are open to the world and encourage them all to come in, secure in the knowledge that the promise of the possibility of sex and intoxication will keep people showing up with money in hand, whether they achieve what they wanted or not.

Of the three establishments mentioned in the title of this piece, Coffeehouses are my favorites, but they run the highest risk of encounter with a true shithead, not just a mundane moron who can’t socialize so pays someone to arrange a social event for him. You pay a relatively high price for coffee, but you’re basically renting space with no agenda, instead of buying into a lock-step conformity routine. Bring a laptop, do some work, or read a book, or write poetry, or hell, even smoke weed in the bathroom for all they care. The true shithead you may encounter is the dreaded poseur; this person will try to lure you into a discussion of Wittgenstein, Rand, Angelou or some other inferior thinker, with the sole goal of proving that they have superior knowledge and thus, power. Whatever. These fools are relatively easy to spot and they scatter when you mention Hitler.

I guess that of my choice of places to be in the social, political, moral, spiritual and intellectual wasteland of post-egalitarian industrial society, I’d prefer the coffeehouses, but those don’t address the need that bars purport to achieve. My advice to any who want to get drunk is thus: gather your companions, have a big meal, buy a shitload of alcohol and get wasted out of your head. Expand your social group through doing healthy things that require more of a brain than bringing $5 and your ID to the door of some idiot bar. Maybe you will find something more stimulating than the tedium of low self-confidence, loud mainstream music and wrecked people experiencing futility in attempts to escape their recombinant lives.

Nihilism | Christianity and Buddhism are the Same Sickness