You are a toaster 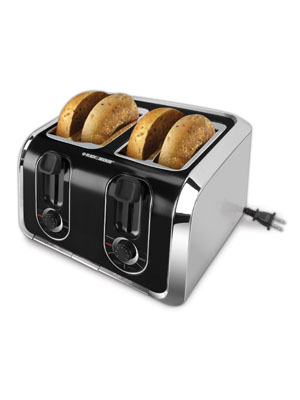 Yes, a Toaster is what you are. And here you were, thinking you were a human.
Please bear with me, while I explain…

You go to Sears, or wherever you go, when you decide you need a new toaster.
You choose one, from a selection of too many, because you like its appearance, and it looks like it will make the required number of slices of toast, in a manner of which you may approve.

You get it home, struggle with the packaging, and display it upon your kitchen counter.
It is made in China, because everything is. And you half expect it not to work, because you’ve learned, from experience, that such things often don’t. And even if it does, then it probably won’t, for long.

But wait. Stop, and consider…
The toaster isn’t really a toaster, at all. Although it looks very much like one. You will never know whether it is A Toaster, or merely an artfully staged facsimile of one, until…

You plug it in. You load it with bread. You depress the start lever, and…

If you were fortunate, the toaster will turn out to be a Toaster, and begin converting your slices of bread into toast. If this is so, then you have A Toaster. Whereas you didn’t before. All you had was something that looked like one. But now, you know! It really is what it only looked like, before.

Before what? What converted the toaster-looking thing into an actual Toaster? At what point in the process did the semblance of the thing become the thing itself?

There is this thing called Reality, you see. The nature of things, and the way in which things work. These workings of Reality are known as Dharma, in certain circles, and a working understanding of this process is a good thing to have. It changes supposedly sentient beings, from useless fakes, into real, functioning, sentient beings.

Reality. The Way of things. God. Dharma.
If you aren’t yet sure of what Reality is, then maybe you should start practicing identifying it.
Because without it, or with only the one you make up yourself, or have served up by somebody else, for who knows what reason, you’re about as human as a toaster, without a power cable.
Maybe even less useful.

After all, a cordless toaster does no harm, while it pointedly does no good, during its lifetime.

Western elites pushing to destroy India with feminism | What’s the purpose of civilization?