The true nature of evil 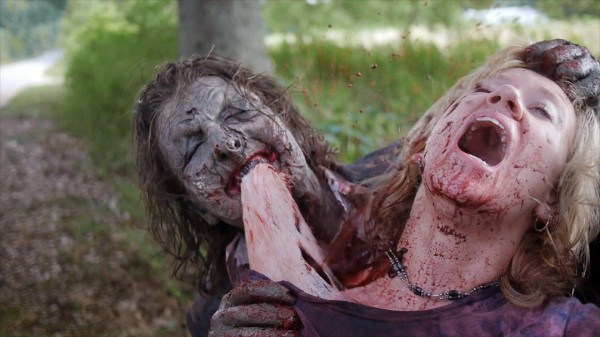 For everything that exists on this earth, there are two versions: the thing as it is, and the human mental image of it.

But the human thing, that exists by itself. In our minds. And we share it through language and we share language through socialization.

That means that the human thing is what we encounter first and it has the weight of approval from our friends, neighbors, coworkers, customers, dating partners and officials behind it.

Even more importantly, the human thing is much easier to comprehend. Much, much easier. It’s already digested and put into social terms we recognize.

Such is the case with evil. While Nietzsche denies it, most people believe in it to some level, at least that there is malevolence out there.

Other than the few of those who exist because they are mental health cases, the vast majority of evil is more mundane. Two guys robbing a convenience store end up shooting a mother of three. Someone drives drunk, runs over a family. It’s cheaper to dump toxic waste than process it, so out it goes.

I encountered an evangelical Christian some years ago who, although we agreed on just about nothing, did teach me something useful about sin. He defined it as “error.”

This was in contrast to the usual view of sin that I had, which was that people intended for bad things to happen. They wanted to break up families, murder the innocent, destroy the beautiful, and so on.

A few years of life experience later and I agreed with him. Absent the few mental health care cases, most people sin by being selfish. They ignore the consequences of their actions. They look instead toward what they want, or want to think is true in order to justify what they want.

Justification occurs when someone does something, and then has to explain it to other people. They find some reason why it is either good or not bad, and use that to argue that they deserve whatever it is they wanted or that whatever they did is OK.

People generally do not decide to do evil. They become deluded and they remove themselves from thinking about reality. Thus they become solipsistic, and create a world where what they intend is what should be. And then they ignore everything else.

In Western culture, there are two original versions of evil. One is the Greek notion of hubris and the other is the Christian parable of the exile from the Garden of Eden. Both describe the same thing.

The Greeks saw hubris as a placing of oneself before the gods as an authority. The gods say that reality is a certain way; the person wants to think otherwise; thus they do. Consequences vary but the gods punish this arrogance against reality itself. They see it as pretense where the puny human thinks that because he can think, what happens in his head is more real than what goes on out there.

In the Christian parable of the exile from the Garden of Eden, a mystical garden exists with only one rule: do not eat of the forbidden tree. Humans, thinking that their desires matter more than the rules of an omnipotent deity, eat of the tree. Then in what can only be described as a comedic scene, they lie to that omnipotent deity.

Wait, doesn’t omnipotent mean that He knows everything? Yes, which makes lying to this deity a complete act of foolhardy nonsense. And yet they do it. I’m convinced this is one of the most realistic parables because I see people, every day, lie about what is real even though the truth is staring them in the face. Comedy is often great insight.

And so it is in the modern time. We decide what we want to think, and we justify it. Then we invent a “study” that samples some broken-down fragment of it, just small enough to have zero implication for the whole. From that we conclude the whole thing is great.

We ignore its consequences over time and beyond one level away. If our action doesn’t directly cause something bad, we assume that it is just fine. Forever. We are blameless. If something goes wrong, it was either reality or the Satanic forces of inequality that did it.

Evil is more than error. Evil is a choice. When we deny reality, we walk the path of evil. It is not fun and interesting evil like in heavy metal songs, but a boring and fatal evil like cancers, insanity and suicide. When our society decided to legitimize evil through equality, the path of our decline was clear. And now our choice is to either reverse it or accept our doom.

Dualism vs. Monism in a Nihilist Context | Mass delusion is group coercion